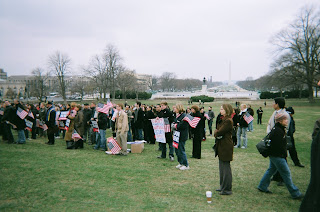 Kelly Jane Torrance has a an interesting piece in the Show section of the May 22, 2009 section of The Washington Times about self-publishing, “Don’t call it ‘vanity’ press: self-publishing finds commercial niche in digital edge,” link.

On May 19, R.R. Bowker (“Books in Print”) released a report indicating that in 2008, for the first time in history, more titles were released by “print on demand” publishers than by traditional trade publishers. The report is here and has the long title “Bowker Reports U.S. Book Production Declines 3% in 2008, but "On Demand" Publishing More than Doubles: Traditional publishing faces pivotal year of retrenching, while emergence of new technologies leads to soaring growth in short-run book publishing”.

The article discusses a service called Lulu (curiously named after the Berg opera), and noted that sometimes self-published books do get picked up by trade publishers, and that Penguin has some self-published titles in its catalogue.
Posted by Bill Boushka at 6:22 PM