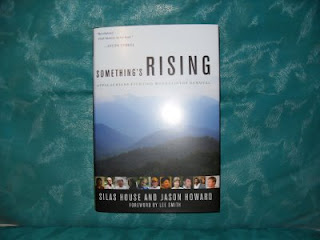 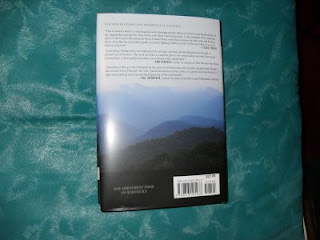 Anyone remotely literate with New World geography knows that, in general, there are mountain chains near each coast (on both continents) and a great “Midwestern” breadbasket plain in between. The mountains in the East are much older and lower, and perhaps more easily damaged (if you exclude Cascade volcanoes, that is).

The East also has its continental divide. Much of it rises along the Virginia-West Virginia border. East of the divide, the mountains are steeper: there is the Blue Ridge, the Shenandoah Valley, and the “Ridge and Valley Province”. But, west of the divide lies the Allegheny Plateau, which generally looks mountainous because of its ravines cut by streams and rivers. Slowly the plateau descends into the Midwest. And, not so slowly, the Plateau, in many areas, is being flattened as if it were part of the Midwest. As it says in Isaiah, “the mountains will be laid low.”

Of course, I’m talking about strip mining for coal. Brought up in the East, I started hearing about it as soon as my working life started. Magazine articles even around 1971 talked about draglines and “Big Muskie” mining machines. It seemed that coal companies were willing remove a couple hundred feet of ridge to get at a six foot seam of coal, whereas out west, in Wyoming, the seams were a couple hundred feet thick; but utilities in the East seemed to want Appalachian coal. US Geological survey topographical maps used by hikers showed strip mines that went back to the early 1950s. Most of the strip mining then consisted of “box cuts” on ridges, and augering, not wholesale destruction.

On July 31, 1971, I drove out to the Mount Storm area and hiked around, taking pictures of moderate destruction, when a coal company truck came by and security tried to detain me. I finally got a smoke-filled cabin tour of the entire mine. I got to keep the camera and pictures. In 2004, or earlier, I returned to the area, and to be honest, much of it had been reterraced and replanted.

In May 1972 I met with a former graduate school roommate in Prestonburg KY and we traveled around the Virginia-Kentucky border, especially the “Trial of the Lonesome Pine”, in fog and stationary-front-associated rain. In some places, we saw mass destruction and moonscapes. I would write in an unpublished short story (“Expedition”) “war lurked everywhere.” But I would return to the area in 1990 and find much of it restored.

In August 1999, I tried to visit the notorious and enormous strip mine in Boone County, W Va, south of Charleston. But I found there was no observation point from any public road, even though I had seen some of the strip mines from the prop airplane coming into Charleston.

Judging from the personal contributions, sometime in the 1980s, coal companies became even more aggressive, using explosives to blast away whole ridges, plowing them into stream beds, and ruining the water table and environment for surrounding homes. The book never mentions the largest amount of overburden ever removed, but apparently it can be as much as 1000 feet (according to Wikipedia), just to get at a six foot seam of coal. The process is known as MTM/VF, or “mountaintop-removal mouning/ valley fill”.

I don’t know where coal companies decide that it is more economical to blast and strip than to maintain underground mines, but certainly the “creative destruction” process (negative pun intended) would result in fewer jobs, although some would be very highly skilled. But underground mining (as in my film reviews of “Harlan County” “Matawan” and “Bonecrusher” on my movies blog) is one of the world’s most dangerous occupations.

The introduction discusses the attempts by the Bush administration to weaken reclamation requirements.

The last piece, by Larry Bush, talks about how Black Mountain, the highest point in Kentucky, was spared, but the nearby areas in Virginia near the town of Appalachia were decimated. Other pieces talk about removals of specific ridges and knobs and the shock of returning to a homeland area and finding it destroyed. The contributors find the practice of mountaintop removal morally repugnant and sometimes talk about it in religious terms.

Here is a good reference with slides from the Ohio Valley Environmental Coalition, with pictures of Kayford Mountain.

On further looking, it seems as though I was near Kayford Mountain in 1999 myself, but I never quite stumbled on these scenes. This next one is from the "I Love Mountains" site. It seems like the western Appalachia is undergoing a total body shave.
Posted by Bill Boushka at 8:07 PM