"The Untold Story of the $11.3M Verdict that Changed the Way We Use the Internet" (Scheff, Dozier, Fertik): review

Google Bomb: The Untold Story of the $11.3M Verdict That Changed the Way We Use the Internet 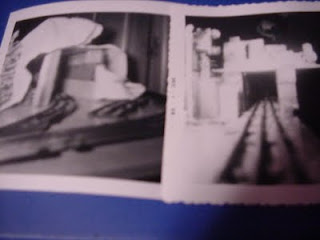 The “model” case in which an anonymous blogger was outed recently has shifted some attention to an older case back in 2006, where Sue Scheff won an $11.3 million judgment against someone who had launched a tirade of defamatory posts against her and her organization.

And now Scheff, along with attorney John W. Dozier, Jr. has authored the 246 page paperback, “Google Bomb: The Untold Story of the $11.3M Verdict that Changed the Way We Use the Internet,” from Heath Communications, Deerfield Beach, FL, ISBN 0-7573-1415-5. The book has a foreword by Michael Fertik, founded of Reputation Defender. I won’t belabor the metaphor of the first two words of the book’s title (with a graphic on the cover that reminds one of the Enola Gay); suffice it to say, it refers to the enormous “asymmetric” power given to previously non-competitive individuals on the web that could be used destructively and therefore seems to pose “systemic risk”. The book provides plenty of details as to how suddenly search engines took on enormous influence on society and, sometimes, personal reputation (hence the book calls search engines “reputation engines”). Look up those first two words in Wikipedia (the more appropriate term is "link bomb").

The format of the book is a bit like a film docudrama (I think this would make for interesting indie film; I’d be game to help make it). Scheff tells the story of her trial and judgment, while Dozier presents “the problems.”

There is a lot of hyperbole in Dozier’s writing (I invoke the “Opinion Rule”). In an early chapter he characterizes some “Monsters on the Web”. I’ll name two of the ten types: the “nerd” and the “mis-leader”. He does start out by characterizing the nerd as “the guy who is scared to talk with a girl” (in person) but the rest of paragraph describes a legitimate problem. I hope he wouldn’t see me as fitting into these categories (as he describes them). But later he does take a swing at “amateurism” on the web, which he suggests would undermine legitimate journalism when the content it produces is legally and ethically harmless at face value. (That discussion reminds me of Andrew Keen’s “The Cult of the Amateur” which I reviewed here in June 2007.) (Dozier's term is "rookie".) He doesn't seem to care that "citizen journalists" (which he disposes with some metaphors) actually do enrich establishment content with nuance, detail and sometimes even more objectivity. He does offer some constructive comments about the public’s misperception of “free” content and resources.

But, make no mistake, a lot of the “unregulated” behavior that takes place on the Web is horrible (as we’ve seen by covering cyberbullying on this blog before). A lot of it would be seen as “unfair competition” (and Dozier provides numerous examples of how the bad guys attack reputations and narcissistically misdirect traffic to competitors [themselves]). Some of it can involve imposters, as the well known problem of spoofing sender-id’s in spam email. But more sinister is the way some people “mimic” others otherwise inactive on the Web and damage their reputations. So staying off the web may not be enough to defend the reputation of a “technologically shy” person. I don’t use Twitter (at least I’ve never sent a tweet), but I just took the moment to make sure I had a Twitter account so no one can imitate me. Balancing all of this is the idea that in many professions people must use social networking tools on the Web to sell to others.

There is “something” about the topology (and “asymmetry”, as I often point out on my main blog) of cyberspace that makes people in certain professions very vulnerable to cyber attacks. Part of it is the way reputation works in the real world (reputation assumes “guilty until proven innocent”). If you work with kids, parents cannot afford to take a chance, so rumor alone can be destructive. It’s a real problem for teachers and schools, and particularly now in medicine, where some doctors make patients sign “Internet gag order” contracts before treatment. I’ve actually had some personal experience with that situation as I have described on other blogs. Bad reputation can become viral, and affect other people, such as “involuntary” family members connected to the mark.

Dozier has a section that provides a chilling lecture on the effects of a large judgment on a "turnip" with no money. Collections can get brutal, even given the protections of the FDPCA (see this blogger post on the collection effort).

I’ve been little affected by the web activity of others, despite the huge search engine track on my name (try it, with Microsoft’s Bing, too). But in 2000 I was the “target” of a nasty flame on an AOL movie review message board because of the way I had interpreted the social position of the fishermen in the movie “The Perfect Storm” (based on Sebastian Junger’s book), which the speaker thought showed arrogance and conceit.

In the last chapter (“Marquesting the Future” with an embedded “E-Bill of Rights”), Dozier makes some suggestions for public policy changes. He wants to modify Section 230 of the 1996 Telecommunications Act to protect only “legitimate” ISP’s (who cannot edit content), and take away much current protection from bloggers or webmasters who host comments, and require some responsibility (how he would draw the line is hard to say). (To be fair, he does give some nuances: retain server logs, offer ICANN-like arbitration for immunity disputes, and have a DMCA-like takedown and safe harbor procedure, which we know is easy to abuase.) He also defends the need for strict protection of trademarks from web attacks (the “prospective dilution” of the 2006 law sounds relevant). He does give credit and support for self-policing on the Web (for example, he would probably support the Web of Trust concept and content labeling in relation to the COPA problem). He points out that the sacrosanct nature of anonymous speech (as part of the First Amendment) needs to be reviewed in the context of the “relativistic” speeds of Web travel, and that anonymity must never cover up harmful (libelous or harassing) behavior.

He also is against anti-SLAPP legislation and tort reform. Scheff herself claims that plaintiffs actually have huge burdens, and maybe that was true in her case; but we have read of many cases of frivolous lawsuits in other areas, which have many people to call for tort reform and insist that “loser pays”.

Indeed, Dozier’s suggestions, while somewhat tempered at the end, might eventually shut down free entry into self-publication on the Internet as we have come to know it. But if so, that poses a deep, existential question about the value of individual innovation on the one hand and the importance of familial and social commitments (not always voluntary) as motivators on the other.

I see another posting about the Scheff case on blogger here. But Maia Szalavitz has a counterpoint "Tough Love and Free Speech: How a 'child advocate' gamed the media on the case" in Reason Aug. 2007 here.

Dozier has a typepad link that shows how search engines pick up "allegations" originally posted on blogs or websites as "opinions" and presents them as facts, so that others who encounter only the search results believe them. Apparently he believes that this alone can open speakers up for defamation. See his example posted in June 2009 here.

Something like this happened in 2005 when I was substitute teaching (see my main blog July 27, 2007). Just because a string shows up in a search engine, that doesn't make it so. I would say, use common sense. But maybe the law doesn't always do that! 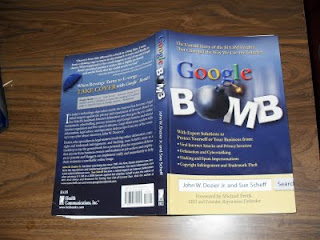 I have been visiting various blogs for my Term Papers Help research. I have found your blog to be quite useful. Keep updating your blog with valuable information... Regards