Vampire fiction similarity leads to legal complaint against "Twilight" author: seems silly, to me at least 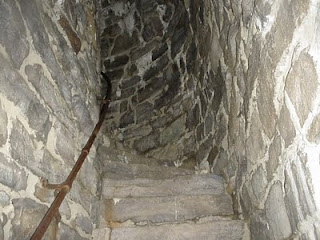 Jordan Scott, author of “The Nocture” (I don't think that the title refers to Chopin or John Field, but I don't know) has sent a complaint to Stephenie Meyer, author of “Twilight”, about the vampire romance novel “Breaking Dawn”, published by the Hachette Group. Scott, through his attorney, claims substantial plot and character points, enough to constitute copyright infringement.

“Breaking Dawn” is easily located now on Amazon by title, in several versions. I could not readily find the Scott novel on Amazon this morning.

Meyer and her publishers say she was not aware of the other novel.

There was a somewhat similar suit in Britain against Dan Brown, over “The Da Vinci Code”, which was ultimately unsuccessful. Some people say that a copyright claim of this nature is more difficult to sustain in the U.S. than Britain.

Authors of “genre fiction”, which publishers tend to like and which tends to make money, may tend to run into this problem. Authors of high personalized or eclectic fiction probably would not, as what they “invent” probably really has never been seen before. However “eclectic” fiction writers need to be wary of implying that real people actually committed wrongful acts (or have a propensity to commit wrongful acts) depicted in their stories (as in the California Bindrim v Miller case in 1979).

This case will be interesting to watch, although right now it sounds off the wall, to me at least.

As far as my own fiction, I have a scenario (for a novel with working title “Brothers” – a kind of tag team, not too much like (copyright!) Dean and Sam in Supernatural but likeable enough) in which a possibly extraterrestrial virus becomes a vehicle for taking over people’s identities and contracting souls into some kind of new order (call it horror if you life). Here is my take on it now (and it is fiction!):

“The story must, of course, map to the “threat” – the epidemic, and its connection to the Angels. The virus seems to be an “andromeda strain” and has occasionally caused diabetes-like illnesses in men. It becomes recognized as a bizarre retroviral disease. The viral proteins can accommodate certain radioactive atoms (astatine) that produce micro black holes that allow the information imprints of other personalities to be imported. A few infected individuals take on the identities of selected from entities called the “144000”. (They then “own” the older personalities; weaker people like “Bill” would want to “trade places.”) Persons must be “infected” to be invited to Titan to see the Staging. Some of the “Infected” can become Angels and become immortal. These persons cannot have children (except in the context of “eternal marriage”). Others who are invited, if they are not Angels, must have children. Angels must achieve a certain level of aesthetic or existential righteousness and rise above sadistic or masochistic “defenses.” Along these lines, the “Good” characters (Randy, Sal, Toby, Matt) achieve differentiated results. Femeri was an angel who fell, and Frankie fell without ever making it at all, and they must both meet a clear demise. Ali and Bill are somewhat intermediate, and are both to be in some way redeemed. Bill takes on some new physical characteristics with only the slightest glimpse of a past life that explains his nagging guilt. Amos winds up as just a silly sissy, despite having tried to become a geek.”

I doubt that this resembles any other novel or anything in the Twilight series. Maybe I should keep it a secret before agenting it. But really, nobody else could come up with this, not even close. It’s not “genre” enough. (And no, it doesn't resemble Paramount's "The 4400" which I do admire.)

A few unusual quotes or quirky ideas from my books have wound up in a couple of television series. I think writers did find them online (as I eventually published the books online) and used them. I didn't do anything, as I thought any claim would be frivolous. And, furthermore, I want Tinseltown to do legitimate business with me soon, so it wouldn't make sense to make a fuss.

By the way, comments that people put on message or discussion boards for shows (like on CWTV) do become the property of the stations. So never give away your own plots or stories on movie studio message boards.
Posted by Bill Boushka at 8:34 AM