Bulldozed; "Kelo," eminent domain, and the American lust for land. 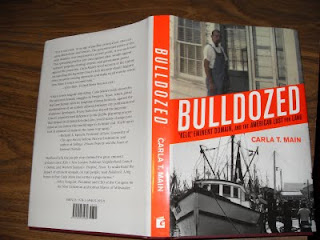 Title:'Bulldozed: “Kelo”, Eminent Domain, and the American Lust for Land'

I mentioned this in this posting Aug. 20 on my main blog that I wrote in response to a Washington Post column by George Will on free speech and frivolous litigation. That post mentions the litigation surrounding this book; when I ordered it from Amazon, it took a little over a week to get it.

I’ll keep this a “kinder, gentler” review, then. The book is in two parts, with the first telling the story, in detail, of the litigation between the Gore family (not related to former VP Al Gore) and its shrimp and seafood business, and the City of Freeport, TX and real estate developers, one in particular.

I lived in Dallas myself in the 1980s and visited the Houston area often, but I don’t recall driving through Freeport, which is about 60 miles to the SW along the Gulf Coast, very exposed to hurricanes. I do recall similar areas, like Beaumont and Texas City (well, not that similar), and, of course, Galveston, and NASA.

The writing is vivid as to the character of the town (you can sense the hot salt air in the bayous and dikes) and its “good old boy” Texas politics (a lawyer friend of mine who helped me in the 90s on another small matter just says “it’s dumb”). But as to the “facts” in the case, I will plead self-protection and say that the City and the “developers” can state their side of the story. I cannot objectively say who is right as to details.

The second half of Main’s book is another story. She carefully traces the evolution of eminent domain from Revolutionary times. Financial turmoil and practical realities tended to make the colonies and early states somewhat greedy and prone to grab property, all of which contributed to the ideological debate on the nature of federalism and the need for a Bill of Rights. She then moves into modern time, and gives the details particularly of some precedent cases in Michigan, Florida, New Jersey, and most of all Connecticut, where “Kelo v. New London” wound up before the Supreme Court in 2005.

The book gives some dialogue from the oral arguments (as well as some other courtroom drama, worthy of the movies, for some of the cases back in Freeport – if this book becomes an indie movie after all, some of the screenplay already must exist -- also in a couple of process service renditions). Philosophically, as well as legally (and constitutionally as regards to the Takings Clause), it comes down to just when is it OK for a community (or state or the federal government) to take private property for supposedly “public purposes”, when the actual owners will be private developers? And what then is just compensation, when lifelong residents and families (often seniors and the aged) are displaced? Is “economic development” a prerogative of government? Is removal of blight? All of this is very tricky. But it’s clear that the eminent domain problem sometimes does seem to be a battle between the established “powerful” and ordinary citizens, who might now want to benefit from the opportunities afforded by modern asymmetry.

The book raises many interesting side points along the way. For example, in the first half, Main mentions a controversy as to whether an umbrella policy (common with auto and property insurance) should cover a defamation claim – that could become a big issue in the future with bloggers and users of social networking sites. Later, she talks about how Freeport could try to control leafleting and handbills, perhaps an outdated effort in the Internet age. She also gets into how elections can be manipulated to make it harder for working class people to vote in touchy initiatives or political races. That was a bit interesting to someone who has seen the strict procedures of working polls on election days. 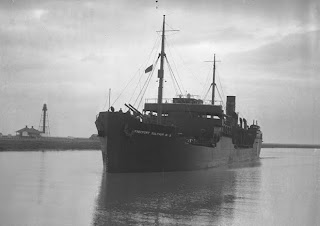 One of the companies that bulldozed so much of New London CT is leaving, that is Pfizer. Look at this AP/Washington Times story.
Posted by Bill Boushka at 6:47 PM

Good post, help where you can still find information on this topic?

2) I was hoping we could use your ‘scribing’ talent for our website.

The Best Shows Youre Not Watching (dot) com [all one word]

Fareed Zakaria is one of our featured shows. We’re hoping to round up a few people who can occasionally contribute perspective (via an article/blog) on the shows – maybe a recent episode, future direction, plot shortcomings etc.

What’s in it for you?
Primarily a larger audience back channeled to your blog. We don’t pay but the site has a lot of promise and we're pretty excited about getting it off the ground. Let me know what you think.