E-book piracy concerns are rising, but the business models are different 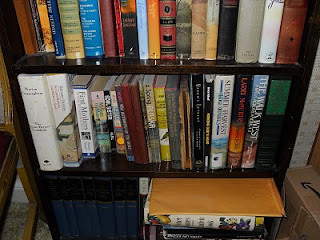 The introduction of Apple’s new Tablet (or iPad), as if Moses should have downloaded the Ten Commandments onto one, doesn’t necessary exacerbate a problem that is slowly smoldering: copyrignt infringement with e-books, on a smaller scale than but ultimately similar to the problems with music and movies. And the DMCA (Digital Millennium Copyright Act) could come into play.
Tom Spring has a detailed article on the problem in the March 2010 PCWorld, “E-Book Piracy: The Publishing Industry's Next Epic Saga?
With the rise of e-book readers like the Kindle, Sony Reader, and Nook comes the scourge of the digital world: pirates.” The link is here.

In some cases, well-established authors like J.K. Rowling with the Harry Potter novels have refused to allow their books to be published in e-book form. However, “entrepreneurs” might jive up ways to make illegal electronic copies available anyway. This issue may be more of an problem with books where the “ending” matters and where there is a “spoiler” potential.

Another problem is that different readers only work with their own downloads; there is no interchangeability, as there is with CD’s. (We’ve had the problem with DVD formats, though, just as we did with VCR’s in the mid 1980s.)

Remember back in 2000 Stephen King had tried an experiment with “The Plant”, an honor system where users paid for chapter downloads. It didn’t work. Here’s an old account on Applelinks from Nov. 2000 by John F. Farr, “Deadbeats Kill King Internet Book, at Least for a While”, link here.

Many "less established" authors make their work available for free browsing online, in either HTML or PDF format, to become better known.