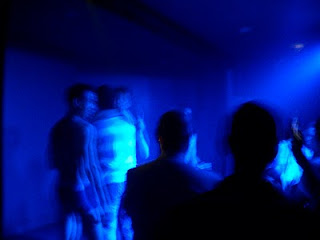 Today, I rediscovered an article in the March 2005 issue of libertarian-leaning Reason, “Ayn Rand at 100”, by Cathy Young, link here.

She makes an interesting critique of the objectivist author’s philosophy, both as a moral paradigm and as it is implemented in her books, especially “The Fountainhead” (which I read in graduate school) and “Atlas Shrugged” (which I read while in the Army).

Young takes issue with the “totalism” of Rand’s philosophy. “there is nothing unreasonable and nothing anti-market or anti-individualist to the belief that individualistic and market-based values need something to complement them.”

She goes on to explain, “In its pure form, Rand's philosophy would work very well indeed if human beings were never helpless and dependent through no fault of their own. Thus, it's hardly surprising that so many people become infatuated with Objectivism as teenagers and "grow out of it" later, when concerns of family, children, and old age--their own and their families'--make that fantasy seem more and more impossible.”

She notes the relative paucity of families with children in her novels, and an attitude that productive work is always more important than family relationships, even having and rearing kids. If one follows through a process of “existential integrity”, one could see how Rand’s philosophy, applied literally enough, could lead into the land of the “isms” – especially fascism (or even, paradoxically, Maoism).

Indeed, one of the sections of “Atlas Shrugged” is called “Non Contradiction”, but Young notes that Rand could not tolerate detraction or challenge to the purity of her ideas. Yet, Young concludes, appropriately, “Rand's philosophy admitted no contradictions or paradoxes in reality; but reality is full of apparently irreconcilable truths. The truth of what Rand said about the heroic human spirit and individual self-determination does not negate the truth that human beings often find themselves at the mercy of circumstances beyond their control and dependent on others through no fault of theirs. The truth of the self-sufficient soul coexists with the truth of the vital importance of human connections.”

That reminds me of the discussion of ideas like “The Natural Family” (Carlson, reviewed here Sept. 2009), which tries to reconcile individualism and collectivism within the granularity of the family unit.

In practice, objectivism has appealed to the libertarian part of the LGBT community, because it does promote absolute moral equality of every individual at a global level (rather than of every “family”). There is something else, here. Objectivism emphasizes the right to define oneself and follow one’s end. As Joe Steffan wrote in “Honor Bound” (1992, review Oct. 2007), ““What can be better than allowing people to live their lives as they choose, to give them the freedom to take the limited time they have on earth and craft an existence that is uniquely theirs?” Paul Rosenfels considers self-definition as the hallmark of the “unbalanced personality” (objective masculine or subjective feminine) in the monographs following his “Homosexuality: the Psychology of the Creative Process” (1971, reviewed here April 2006). But self-definition can lead to the refusal to bond emotionally with anyone outside of the scope of one’s choice. Family, on the other hand, seems to exist in part just to get people to do that (under the control of parents) so that everyone’s life (regardless of ability) has value and is taken care of. This seems to constitute the paradox that Young is talking about.
Posted by Bill Boushka at 4:41 PM

Teenagers who are merely infatuated with Objectivism don't grow up out of it, they give up. Objectivism is a comprehensive philosophy that requires rethinking everything you previously allowed your culture to imbed in your brain. It takes more than a quick trip through the novels to get it.

It appears you never made any further efforts to grasp it and its applications either. If you had, or if you had even just bothered to check the facts first, you would not have fallen prey to Young's unsubstantiated assertions and phony contradictions. The statement that individualism needs something (unstated) to complement it is like saying that healthy people need a little cancer to complement their health.

And pray tell how did you arrive at the conclusion that Rand's choice to not use children to give voice to complex philosophical ideas could lead one to fascism or Maoism?

Rand's principles for valuing others — family included — are far superior to anything Young could ever imagine. Absolute individualism implicitly demands reciprocity, as it is derived from the nature of man that is common to every human being. When there are no obligations, all exchanges of value must be voluntary and all benefits earned, even if it is earned by an anonymous person by merely being a potentially productive human being.

Placing family above each individual component leads to the horrors of individuals suffering coexistence with others who are not worth valuing just due to coincidences of their births or the fact of a marriage. The concept of a familial obligation is a moral primer for capitulation to tyranny.