Michael Lewis: "The Big Short: Inside the Doomsday Machine": How capitalism imploded 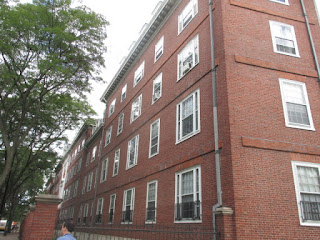 Well, the title does not invoke “get shorty”. Instead, it refers to the original difficulty in short-selling some kinds of bonds, like those tied to real estate, because of the complicated system of “tranches”, which rewards investors by where they got in in a fashion much like that of multi-level marketing.

But Wall Street found it’s way around all of this, partly because of the “herd mentality” forcing a certain kind of go-go mentality, and partly because of the insights of a very few people. So, as this prolific author explained in a recent spot on CBS “60 Minutes”, you had capitalism destroying itself, corrupted by a malignancy that was like the deathless component of cancer cells.

Lewis explains the buildup and Collapse of 2008 with great detail, showing his skills as an author delving into arcane subjects, like CDO’s and credit default swaps. His story revolves around a few characters, such as Steve Eisman, who noticed how Wall Street seemed to find the uncreditworthy (those who obviously did not have the ability to maintain renumerative employment indefinitely) as the next source of cannon fodder for financial leverage, Lippmann, but most of all Michael Burry, who figured out how to apply credit default swaps to the subprime market.

Burry had been shown in the CBS segment. Lewis tells his story in two parts, including his physical disability leading to his having only one working eye, his introversion and his turn from medicine to finance, his founding of Scion, and then later in the book his coming to understand his Asperger’s Syndrome, which actually facilitated is focus on detail and his ability to see through the herd mentality and see that the entire financial artifice based on subprime mortgages would collapse like a house of cards, making money for the few people who could figure out how to “short” it. Lewis displays a lot of Burry's writing, with its obsessive focus on details and compound sentences.  He also describes Burry's obsession with "fairness" and individual karma, a concern I share. In my own quarrels with my own father, I would want to "go to the root" of everything!

Lewis incidentally also covers the effect of the Internet on the perception of financial markets, especially in the early days, and not the experience of the Dot-com Bubble. Burry had become a financial blogger “in his spare time” while a physician in the 90s, when blogging was just getting started. He discusses how others found him and were drawn to his views, even resulting in at least one cease-and-desist letter.