Mayer-Schonberger: "Delete": Are memories too long in the digital age?

I recall back in 1992 being asked to sit out a particular social gathering because someone else who was going to go had shown “long memories” and didn’t like something about my behavior (maybe even table manners) at an event a year before. I saw the supposed person at another event in 1994, and he had indeed forgotten the whole thing. Not a hint of tension. Maybe it’s forgetting, maybe its Christian forgiveness. 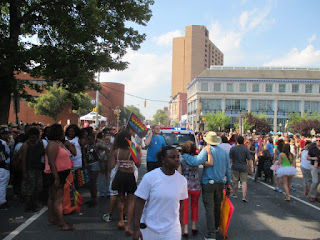 Mayer-Schonberger (now director of the Information and Innovation Policy Research Centre at the National University of Singapore’s Lee Kuan Yew School of Public Policy) starts his book with a couple of extreme examples of longterm digital “memory” and “online reputation.” A young woman loses the chance to become a teacher because of a personal Facebook posting that should really have been seen as just fun, and a Canadian psychotherapist is kept out of the US for admitting in a professional journal (now online) that he had used drugs decades before. This matter is discussed in more detail in the May 11 entry on the BillBoushka blog.

We often hear advice that what you write on the web can last forever (even if in “privacy controlled” space away from search engines) in digital form. And we probably didn’t really catch on to the dimensions of the online reputation problem until just a few years ago. Likewise, for a decade or so, we have been fighting all sorts of threats to the confidentiality of personal information, gathered by companies for marketing but available for criminals. The author mentions George Washington University law professor Daniel Solove’s work in both reputation and privacy areas.

The author traces the history of media, all the way back to the time that monks transcribed copies of books by hand, through the invention of the printing press, when authorities imagined one would need a license to publish. Audio-visual media developed in analogue form, which deteriorates with repeated copying or which wears out. (Classical record collectors from the 1960s remember the problems of record wear and elliptical styli; some hobbyists bought pre-recorded tapes.) The wear is a form of “forgetting.”

But really, “forgetting” is a social phenomenon: it used to be that people could move to new small towns and start over. That’s not too easy in a digital age; damage to reputation last forever. And it’s not just user-generated content on the Internet; it’s credit reporting, and even government, as with National Change of Address, where longterm damage to individuals can occur. (As I’ve pointed out on another blog, NCOA, with which I have a lot of professional experience, could turn out to be a very useful in preventing identity theft.)

The author gives a matrix of possible strategies (“Potential Responses to the Demise of Forgetting”) on p 158. They range from total abstinence (I used to advocate the idea that people with certain kinds of jobs should not be active on their own online, although that won’t erase the past), to “contextualization”. Even insurance companies, while having their own Facebook pages, are considering charging online users more.

But the author’s simplest solution is that online data should have “expiration dates”. In its simplest form, when you care a document even on your own computer, it should disappear after some time unless you specify otherwise (that wouldn’t work for rough drafts of novels or screenplays.) Should blog posts or tweets disappear after a set time? Should search engine results drop off after a specific time? Already, users can limit the date scope of searches, but should the results themselves expire? What if an obscure event occurred in the 1990s; should it become forgotten because all digital traces of it expired? (I also talked about it on the May 11 post mentioned above.)

The author does discuss in some detail the issue of search engine companies deleting search strings after a number of months. Google was required to turn over a record of searches for the COPA trial in 2006.

The Berkman Center presents a one hour YouTube video of the author's discussing his book.

Whenever i see the post like your's i feel that there are still helpful people who share information for the help of others, it must be helpful for other's. thanx and good job.