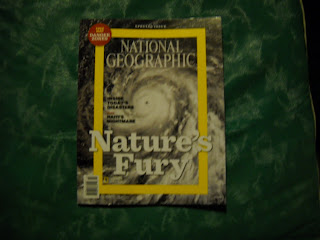 National Geographic offers a spiffy paperback “Nature’s Fury: Inside Today’s Disasters”, with a special section “Haiti’s Nightmare”. There is a deep-earth diagram of all the magma chambers underneath the Yellowstone Caldera that is quite impressive, as well as a pull-out map of Earth’s danger zones. Surprisingly the map shows the mid-Atlantic at significant hurricane risk, and some of the southeast as well as eastern Canada under earthquake risk (more than the supervolcano at Yellowstone).


There is also a mental simulation of a truly catastrophic LA-area earthquake, which could lead to power being out for months.

There is pretty thorough coverage of all the major natural disasters, including tsunamis and wildfires. (The book does not seem to cover the Cumbre Vieja volcano which could cause an avalanche that could cross the Atlantic and hit the East Coast with a several-hundred-foot tsunami.) 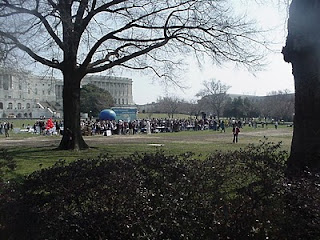