A novelist must ponder his "point of view": no one really is an "omniscient observer" in "real life" 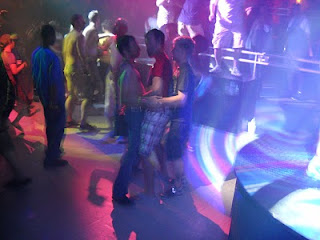 It’s a little presumptuous (though not delinquent) to talk about one’s own writing on a books blog, although I see that I did this on June 5, where I used Amazon’s widget for my own book. And I outlined some plans for my novel on Dec 24, 2009 on my “BillBoushka” blog.

I’ve prepared an outline for the novel (tentatively called “Brothers” although I’m thinking more about “The Brothers’ Triangles” now), and shortened it from 140000 words to about 90000, I think.

One idea that I come back to is character perspective. Most of the time, novelists jump in on the first page, when “it started”, with inconspicuous events that are about to blow up. I know that there are writing coaches who preach the beginning-middle-end paradigm and say you need a crisis on page 1 to keep the reader engaged (remember how the movie “Vertigo” begins, and then where it goes). But typically, you have an “omniscient author” introducing his characters, who seem to be rediscovering themselves as much as they discover each other.

The first person view is more like real life. How often in my own life have I emulated someone, and imagined what discovering the person’s life would be like, and dreaded the possible perils that could come along the way. (This all came to a head with a particular matter in New York in 1978, but that’s for another post some day.) But a first-person viewpoint can be limited by its own logic (as taught in English classes); one viewer doesn’t really experience enough. A bigger problem comes if the first person narrator does not come across as a role model or inspire sympathy. The writing can become perfunctory and self-indulgent (feminine!)

So established novelists often tend to put vulnerable but likeable protagonists on stage and let them discover themselves – or rediscover themselves, more likely, the former selves that they have forgotten – by new, previously unthinkable, challenges.

So it is with my character Randy, the 30-something CIA agent who bluffs his students (but not his administration) and even his own wife and kids (aka “natural family”) to some extent as a good history teacher. (Yup, he makes his exams all essay.) He left the Army and did the same kind of work as a civilian, running around the world and checking for nuclear waste disposal. In the first chapter of the novel, where he has made a personal “pilgrimage” to the Auschwitz site by himself, and meets (and scopes) the mystery” college student Sal, whom he sees as a kind of paragon or “super ocelot” who won’t even develop the clay feet he is just starting to notice hanging from his own body. He is past summer. But, as novelist Clive Barker once pointed out, there is usually a third person, and usually one person at a time on stage. That may be the “life court reporter” and now super-blogger Bill (me), another aging ex-FBI agent Ali, whose physician ex-wife has discovered evidence of a previous unthinkable pandemic developing. Or it could be his own gifted middle school son, or the basketball-star-sized Matt, who see,s to have fallen to Earth. Randy realizes he looks forward to the “end of days” and a new kind of life, if only he can finish a rite out passage that he had missed out on in college and the Army.

Stephen King talks on ABC’s “The View” in November 2009 about keeping track of over 100 characters in “Under the Dome”. Remember, according to Barker, only three can interact at a time.

I'll have a new "real review" here soon, and I promise a humdinger. Happy Fourth!