Barnes & Noble may sell itself; a testimonial to the fact that even the chain book stores face challenges; any effect online? 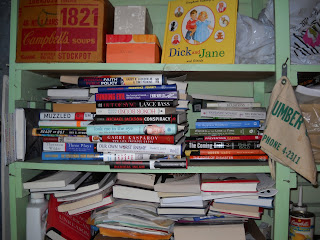 Barnes & Noble, the nation’s largest bookstore chain, is considering selling itself, possibly to Leonard Riggio, which might take the company private. The story broke Tuesday on the New York Times blog here  and continued Wednesday August 3 with a “Business Day” story by Julie Bosman (linked above).

It’s not clear if an acquisition would have any affect on the web business, affiliated with iUniverse, a cooperative and self-publishing “print on demand” book publisher. But most “print on demand” books are sold online rather than in stores, and the POL business model has been integrating itself with the eBook business lately. 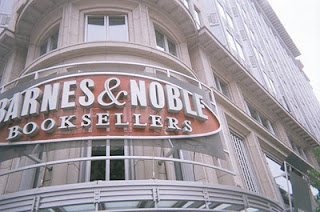 Posted by Bill Boushka at 10:59 AM No comments: 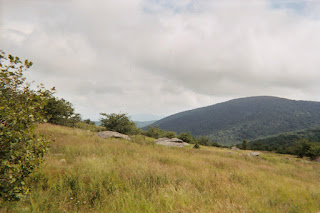 Recently, on July 28, on my “BillBoushka” blog, I mentioned a Washington Times op-ed on this recent book, which really does get at what a lot of the culture wars of marriage is all about it. Indeed, the authors have an interesting treatise, but what’s missing is the effect of that English language conjunction “If”. Somehow the book title reminds me of the “three colors” films of Krzysztof Kieslowski (Red, White, Blue).

The authors describe two paradigms for family life and map them to various regions of the country in terms of political and particularly partisan effect. But it’s “what they mean” is what really matters, not so much the political and even legal landscape.

The “Red state” family is based on older ideas founded in religion and tradition, so it seems. In the red state model, people marry younger and have more children, and sit in church a lot having their souls saved, but they tend to sin more, not able to live up to their religious teachings, resulting in shotgun weddings and more divorces.

The “Blue state” model emphasizes personal choice and responsibility (which sounds strangely libertarian, not leftist), developing income earning skills and personal identity (regardless of gender) before marriage, and better preparation for having children, who may be born later but who can be better provided for. “Blue” marriages tend to be more stable and be less likely to end in divorce because the partners are better prepared. The “blue” model emphasizes public tolerance and public diversity but a private sense of personal responsibility. “Blue” homes tend to be higher income.

As a practical matter, teenagers raised in stable two-parent families with some practice of religious faith tend to do well in school and later life, whether the political and religious beliefs of the parents are socially liberal and tolerant or more conservative. But it’s important to look at where the “blue” and “red” models lead and what’s behind them.

The “Blue” model is based on “rationalism” and individualism. Some social critics maintain that such a model leads to an unsustainable, “atomized” society where individuals pursue their own visions into discordance, and where less competitive individuals are left to drop on the floor.  One could compare the "Blue" model to "unbundling" in pricing a contract: the individual picks the pieces of emotional and family life he wants as long as he or she can take personal responsibility for it.

The “Red” model is based on tradition, religion, and the deep belief that marriage, when connected to sex and procreation, is transformative, in such a way that people share the deepest parts of their lives but can take care of one another in a sustainable but decentralized (eg, with the state) fashion. That may explain the affinity of the “Red” model with the Republican party. To some extent, the “Red” model expects people to become “irrational” when dealing with their own best interests in the area of family and sex, and yield to authority, faith and tradition.  The "Red" view sees marriage, sex, procreation, and the caretaking of family as a totally bundled experinece, essential to civilization and practically mandatory for anyone who enters the world on his or her own. The “Red” model can become corrupted at the top, since it still depends on a social organization that needs to be led; the Blue model can become undermined by lack of shared commitment and unfairness at the personal level.

The “Red” model comports with the “Natural Family” as described by Allan Carlson and Paul Mero (review Sept. 18, 2009 here), and in theory it sounds compatible with social and environmental sustainability. But the “Red” model is challenged by economic realities, abetted by the industrial and then information technology revolutions, making society less dependent on male labor or even “protective instinct” (e.g. “The Blind Side”), and requiring better preparation of both men and women for adult life and raising children (leading to a “deep purple” like “The Color Purple”).

The authors discuss the various legal issues that come up in conjunction with culture wars. Fertilization technology (and surrogate parenthood) is opposed by some (as the Vatican) on moral grounds, but could help “blue” parents have more children (including same sex couples); economic changes regarding work and family balance could help “red” families have their children earlier in life and still support them. But along the way, the “blue v red” battle has grown with the legal landscape concerning contraception (including the “morning after” and “Plan B” controversies), abortion (which is becoming more tangential now), and most of all, gay marriage and acceptance of gay sexuality at all (the authors discuss Lawrence v. Texas in 2003 in some detail).

But the biggest problem, it seems to me, is not just the culture of marriage and parenthood for people who want it, but the fact that it is imposed on people who don’t want it, including many gays and lesbians. The authors (having a subchapter called "Respecting Autonomy", which is discussed from the viewpoint of the powers of the state [Lawrence], which of course depends on the values of people) say that there is a balance between promoting personal autonomy and pro-family public policy; on p 165 they write “we are optimistic about the prospects for generational change and therefore see the issue as one of allowing space for the reconciliation of the critical demand and equal respect for gays and lesbians with understandings about the nature of human family creation” and then make an odd comment about persecution of people for the sins of their parents (or ancestors). Remember, “Reconciliation” is one of gay novelist Clive Barker’s favorite concepts.

I’ve always thought that the moral mantra of “no sex until marriage” (or experience of sexuality outside of marriage) is an indirect (Vatican-driven) way guarantee that everyone has a real stake in procreation and in intergenerational responsibility – in a world where technological advance offers special opportunities to those who would stand alone. There is no question that the “childless” are sometimes conscripted to serve the interests of those who do have children (as with Elinor Burkett’s “The Baby Boon” book (2000), reviewed here March 28, 2006). But this could be seen as another paradigm for moral fairness among individuals, as opposed to whole groups of people. It’s easier to sidestep the question (especially with gay issues) by regarding people as born intrinsically different, but the way the burdens of a community get shared raises profound ethical questions that earlier generations understood better than we do now. We’re really seeing this big time now with the explosion in demand for eldercare, which will draw in people who never made (or “chose”) commitments before; but single people have often had to raise siblings or their relatives’ children (a theme known in Hollywood [“Raising Helen”] but not discussed by politicians). The “compulsory” aspect of marriage and parenting (and the "family slave" situation on the other end) needs to enter the debate. In the end, freedom wins, but it can get hard for many people to see.

Look at the post mortem by Matthew Schmitz in the July 2, 2018 New York Times, "'Purple' Family Values", where the bond between mother and child is more important than the marriage (complementarity with red, egalitarian with blue, or working class "populist" adults. 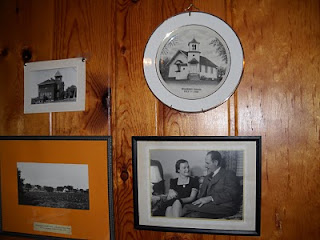 Posted by Bill Boushka at 5:19 PM No comments: