Chandler Burr: "You or Somebody Like You" (novel, review)

Chandler Burr may be best known for his 1996 book “A Separate Creation”, from Hyperion, building upon a 1993 Atlantic piece “Homosexuality and Biology.” He has described himself in the past as an assimilationist, a moderate “conservative” to not quite libertarian, somewhere in line with Andrew Sullivan or perhaps Bruce Bawer (“While Europe Slept”) in outlook.

His novel strikes me as a meditation. He says he is examining the question as to whether one can be both a progressive humanist and faithful to an established religion (here, Judaism, but the problems are the same with almost any faith). And he clearly thinks the answer is no, as if it were a scientific conclusion, perhaps disappointing, as if to tell us we will never, in our own bodies, travel faster than the speed of light.

The title of the book hints at an essential, or fundamental problem of moral physics: tribalism. That is, when the individual accepts the goals of the group (the “natural family” or tribe or faith-based community) as his own, he gains some security, and some protection for the most vulnerable of selves within the group, at the terrible cost of being able to accept full accountability for one’s own track record and station. Christians will say that’s why we need Salvation by Grace (or existential forgiveness). Jews will saw we need purity, atonement and redemption, and Muslims will say we need absolute loyalty to the Creator. But ultimately there is loss of loyalty to self (or at least a protracted shame and guilt); and sometimes that is fatal. One can cease to be a person.

The presentation of the story seems unusual, if explainable. It is told in first-person by Anne, from Britain, married to Howard Rosenbaum, raised as an Orthodox Jew and now a Hollywood executive. They have a smart 17-year old son, Sam, who is exploring the dualities – religious and sexual – in his own identity. (If all parents had a “Sam” as the oldest son, they should count themselves as lucky; yet Sam will provide an existential challenge to their marriage, just as I did [as an only gay son] to my own parents’.) The narration moves between past and present tense (ironically using present tense for back-stories). Burr does not use Chapter numbers (I think he should have), instead just breaks the 300-pages into small sections, some as short as a paragraph, with many literary quotations (almost as if writing a take-home literature exam in grad school).

A director guides Anne into forming a book club, although “no one reads in Hollywood.” Pretty soon various treatments and screenplay scripts are circulating (in one spot the novel has to emulate the screenplay format like FinalDraft to show a portion of script), some of which seem to be period pieces circumscribed by the consciousness of their characters. Here, I’ll quote Burr on p 299

“Literature shocks not because what it shows us is inherently surprising. It does the exact opposite. It is shocking because it breaks down what we would be and shows us what we know we are.”

The characters encounter most of the Tinseltown players: Miramax, Spyglass, Paramount. (I didn’t see The Weinstein Company.) Various specific people get mentioned (David Geffen). You get a feel for how the movie system (which is somewhat balkanized off of the old studio system, with indie-focused companies like Summit and LionsGate gaining more influence).

I do have a treatment of sorts for how my own “Do Ask Do Tell” ought to be made (I haven’t put it online), and this book has me wondering how it would fare in all the perambulations of submissions. No, the book wasn’t run through an exclusive book club first (and by the way, book clubs should not be social clubs – see the “BillBoushka” blog (Aug. 26, 2010). Yet the concept is open, following an argument hierarchically, and telling a story, rather an “inception”, non-sequentially. There is, however, a beginning, middle and end. That’s mandatory. (I just have to have Meryl Streep as the high school principal, and Leonardo Di Caprio as the Dean of Men.)

I would presume that Burr expects this book to capture the attention of the indie film market – the real Landmark or “AMC Independent” fare, because it is about some of the values of that world. (I don’t see it on imbd “yet”/) Somehow the IFC Independent Film Channel three-note plucked music jingle runs through my mind. Then one has to imagine who the director is, and who is in the cast. I wonder if an actor just fresh from playing Mark Zuckerberg would fit as Sam. Time will tell. I don’t think the novel mentioned the industry’s “third party rule” (that’s how reviewers get scripts to read, always from agents), to preclude copyright and script clearance problems – a rule that breaks down in the age of Facebook and blogs (just as “don’t ask don’t tell” does). 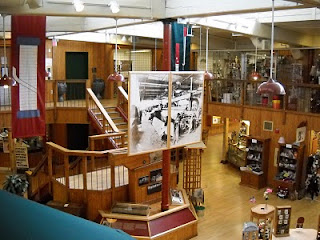