Hawking: "The Grand Design": Nature allows us to get something for nothing (maybe); why am I "me"? 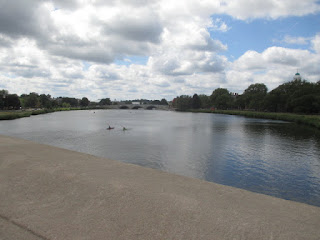 Hawking has attracted attention lately with his theories about extraterrestrials, and this book gives his view of cosmology and theology in terms of unified theories of physics.

Essentially, quantum mechanics, combined with gravity as an essential force, according to what we call M-theory, that posts ten dimensions and time, characterize “Nature”. It becomes possible and inevitable for countably infinite universes to appear spontaneously out of nothing. There doesn’t have to be a specific plan from God other than total logical consistency.

In some of them, ours, the other forces (electromagnetic, strong, and weak) and various physical constants are arranged in such a way that the resulting universe becomes non-homogeneous or lumpy, and eventually stars and planets form, and sometimes even life. Toward the end of the book, Hawking explains British mathematician John Conway’s “Game of Life”, in which x-dimensional dominoes set up self-replicating structures that sometimes die out, and sometimes are “reborn”, in theory generating so much complexity that eventually biology develops.

I’m left to wonder then, what makes my train of experience attached to “me”? Why now? Why am I 67 and not 26 (Zuckerberg’s age), or why wasn’t I born at the time of Christ? I think it has to do with “karma”, and that karma is part of Nature. The recent film “Inception” probably demonstrates it.

I think that with our motives and thoughts (our “existential integrity” when we have it), we create “trends” (maybe “gliders”) that play out in such a way as to motivate others. Dreams may be part of this. Suppose you have a dream of an intimate encounter with someone you are attracted to. You don’t know how you got there (Inception), but it seems real when you “experience” it. After waking, you believe you have been with the person (a “brain belief”). It may wear off. I wonder if the other person knows. I think sometimes he or she does. I think that ultimately telepathy will turn out to become as controversial as information sharing on social media, even though the birth of Facebook seems like a process of “Nature” to me. But in this example, the intimate encounter probably occurs in a different universe, with access through worm holes – no, through the other 7 unused “dimensions”. The nice thing is that usually there are no consequences in this universe for the encounter. (You get to “undoredo” the time arrow, something not normally permitted within a particular universe.)

I say usually, but it’s possible sometimes there are consequences, particularly with a REM-sleep dream. You might not wake up. Your heart could go into fibrillation, you could flatline, and you might perceive yourself as staying in that alternate (just different) universe forever.  (You might stay in a specific situation forever, which could be painful or pleasurable; call it the "Bugcrush Effect".) We call it “afterlife.” You might not like what you find. You could be alone forever, or you could be in a situation where you don’t like your emotional reputation with the other beings who know you. Or maybe it does work out, and you get some bearings, and you stay.

Some other sources write that universes compatible with life could exist without the weak force (we call them “weakless”) with life around smaller stars. There would be no elements heavier than iron, so no nuclear weapons.

The book is printed with thick high quality paper and has many colorful illustrations (like a school text book) that would lend themselves to animation videos. 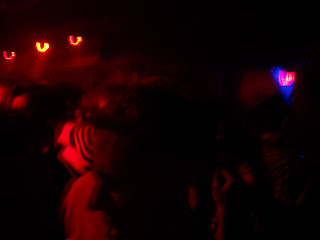 In "The Grand Design" Stephen Hawking postulates that the M-theory may be the Holy Grail of physics...the Grand Unified Theory which Einstein had tried to formulate and later abandoned. It expands on quantum mechanics and string theories.

In my e-book on comparative mysticism is a quote by Albert Einstein: “…most beautiful and profound emotion we can experience is the sensation of the mystical. It is the sower of all true science. To know that what is impenetrable to us really exists, manifesting itself as the highest wisdom and most radiant beauty – which our dull faculties can comprehend only in their primitive form – this knowledge, this feeling, is at the center of all religion.”

E=mc², Einstein's Special Theory of Relativity, is probably the best known scientific equation. I revised it to help better understand the relationship between divine Essence (Spirit), matter (mass/energy: visible/dark) and consciousness (f(x) raised to its greatest power). Unlike the speed of light, which is a constant, there are no exact measurements for consciousness. In this hypothetical formula, basic consciousness may be of insects, to the second power of animals and to the third power the rational mind of humans. The fourth power is suprarational consciousness of mystics, when they intuit the divine essence in perceived matter. This was a convenient analogy, but there cannot be a divine formula.