I was in the Army myself, stationed at Fort Eustis, VA during the 1968 election, and in 1969 when Nixon took office from LBJ. In fact, I was in “special training” in Basic when LBJ made his famous March 31 speech that he would not run or accept, and heard the speech on a radio in the barracks tent. My Army experience took a turn for the better almost immediately.

But we all know that Johnson’s war became Nixon’s war, even though most soldiers expected that personally they had a better chance of surviving exposure to Vietnam if Nixon won. Nixon did get us out (and would end the draft), but not soon enough for many people, and it was Nixon who would take such offence at some of the dissent from the privileged.

I remember another personal circumstance, in December 1990, when on an “Adventuring hike”, when there was a discussion of the Persian Gulf situation among some gay men on a West Virginia retreat, over a great dinner, and some of them (that is, us, including me) were so hawkish. We could already imagine that the Persian Gulf situation could naturally lead to openly challenging the ban on gays in the military.

Remember how William Westmorland kept demanding more troops during Johnson’s war, and how long they stayed under Nixon? That was scary when we had a draft.

Today, Obama has indeed rightfully shifted the focus from Iraq to Afghanistan, but in many ways the liberal Democrat sounds as determined to see “War on Terror” through as was Bush, even if his intellectual focus is much more abstract. That’s true even though there was a much ballyhooed schism between a hawkish side (Gates, a Republican whom Obama kept as Secretary of Defense to keep continuity, and Hillary Clinton, probably a little more “conservative” than Obama) and Joe Biden. Obama took a middle road, but his commitment of large amounts of troops continues, even as there is now a definitely announced end. On p 309-310 Woodward outlines Biden’s approach. On pp 395-390, Woodward reproduces Obama’s final orders.

Much has been made in the media of Woodward’s conversations with the president about our nations’ ability to withstand terrorist attacks. We’re stronger, he says. But the government did a paper war game that assumed that Indianapolis was struck by a suitcase nuke. The exercise assumed a second nuke existed and maybe more. Woodward feels that the exercise just scratched the surface as to what would happen, and Obama talks as if that could be a game changer. Again, for me, this strikes a personal coincidence; I spent a summer in Indianapolis in 1970 on my first career job with RCA.

Woodward gives some discussion of the incidents on Christmas Day and then May 1, and discusses the Tehrik-al-Taliban (TTP).

Some have criticized Woodward for disclosing "so much"in the book (given the WikiLeaks scandal and the questions being asked about the right to publish "leaked" information), but here the president and vice-president can lawfully release anything they want (discussion on CNN, Spitzer's program, Dec. 23). 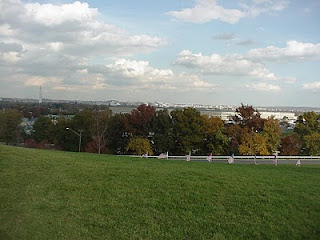