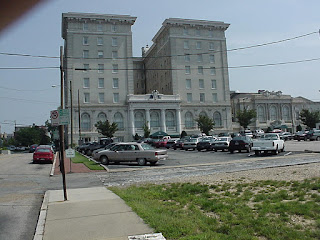 The authors define the term “radically transparent” on p xxiv of the Introduction, to mean “being open and honest online, admitting mistakes, engaging stakeholders in discussions about you and your brands, and even revealing your internal processes.”

Now, wait a minute: my first pause. “Online reputation” (as characterized by companies like Michael Fertik's Reputation Defender) has become a “personal property” or attribute, an element of our lives that has developed quietly and insidiously over the past decade or so (actually, even longer). [Note well: the word "Reputations" in the book substitle is plural!] But the focus of this book is the presumed situation that “you” already have your career and professional goals defined, and that you are interfacing with the public through your job, using and managing your company’s or organization’s resources, representing their best interests before your own. Indeed, even a dozen or so years ago every major company (almost) had a public website that it put effort into (my employer, ING/ReliaStar had “I Hate Financial Planning”), but it tended to be done “at work”: “those were the days my friend” (“I thought they would never end”) of Web 1.0, before “Blogumentary” (a documentary film), and social networking sites, when Mark Zuckerberg was still in prep school. There was a presume separation, for most people (particularly in information technology, where I worked as an “individual contributor”) between “work” and “private life”. In the early days of the Web, people “sort of” understood that what you wrote online was yours, not your boss’s (until Heather Armstrong came along – we all know what it means to get dooced now).

But think of the “job” of an insurance agent, or a trial lawyer, or a surgeon, or any professional who interfaces with the public to get and serve consumers, in some relationship with larger companies. Now (especially since about 2005 or so as social media became important), he needs to deal with the idea that consumers will find him online, and grade him on the web, too. Yup, it’s an asymmetric world: in some cases, what one blogger writes about you (or your company, as the authors show with Dell) can seriously disrupt your business. (Some physicians, at least, have been making patients sign "gag order" contracts that they will not complain online; the asymmetry, some professionals say, of unsupervised complaint sights can destroy their practices or businesses. But you don't have to be a surgeon for others to talk about you online!)

So, I guess, my “second pause”. Generally, most professionals are in some particular “place” in their career situation, and now the practical reality is that they have to use the online world to support their business reputation, not to express their own personal views or engage debate, as I did (and I’ll get to that). So going online and networking is indeed a practical necessity, a skill everyone must master. As individuals, we all need to develop our own “brands” online, for ourselves as well as our employers.

On p 58, the authors have a gray-font “FAQ’s about online reputation management for individuals”. They tend to downplay the serious risks of litigation (for libel, copyright infringement, etc) and of being fired for personal online behavior (although later the authors mention the doocing problem again, particularly the young woman who lost a teaching career over a “drunken pirate” Facebook picture). The authors also present writing and media savvy as something that used not to be expected of many professionals in the workplace the way it is now, and they’re right (oops, not “write”) about this!

My circumstance, to be honest (as I reach my “third pause”) is the inverse of what the authors describe. I got onto the web early (around 1996, as Hometown AOL was coming into being), first with desktop publishing (and book self-publishing) out of a desire to project my own voice on a particular issue, gays in the military (and “don’t ask don’t tell” – which certainly, by the way, presents issues for “online reputation” for servicemembers). The issue, in an existential manner, became the focus of all kind of other issues that revolved around it, just outside an event horizon, which I in turn took up, “connecting the dots”. So I developed a quick way to present the news, with a bit of a “Chicken Little” flavor, a sense of warning of so many other things that can go wrong, and an idea that so many perils can be prevented. I was very much against the “herd mentality” (not “nerd herd” of Chuck!) that seems to drive people like lemmings into catastrophe (like the mortgage meltdown). That worked wonderfully in the early days of Web 1.0, but after 9/11 things seemed to change. Once social networking sites became a staple of life, it seemed as though online behavior could become a demonstration of “fitting in” and taking on “social responsibility” (particularly readiness for family responsibility) as compared to my original paradigm of becoming an individual voice of libertarian-oriented constructive criticism of everything going on.

One of my motives was not to depend on the collective voice of “organizations” whose positions, sometimes based on a faulty sense of victimization, might eventually reinforce a sense of shame. Nevertheless, someone who expresses his own political opinions visibly online could run into issues in the workplace if he has direct reports or makes underwriting decisions about others, a problem I have already covered on my blogs. Taking on such responsibilities in the workplace could mean removing a lot of personal materials, but once they’re out in cyberspace, digital copies exist forever, part of what we have come to see as the “online reputation” problem. On the other hand, as the authors point out, most people approach the Internet with specific career-related goals already laid out for them to be supported. So someone in my position is left with the “inverse” problem of making my online innovation into a viable news or media business, perhaps with film. From a legal perspective, when dealing with the “implicit content” problem (and fending off charges of gratuitous “recreational outrage” in some “conflict of interest” problems), one might need a viable business plan to maintain one’s legacy place online.

One of the caveats that come with social networking (especially as Mark Zuckerberg says he envisions it as he grows Facebook) is that in a moral sense, a person has only one "identity", one "soul". So we come back to a more personal meaning for "radical transparency": personal life and professional life merge into one mass. It's a new world of "do ask, do tell".

The authors give “how to” and handbook advice on all kinds of Internet-use matter, such as email. The suggest that people not use aol, msn, or hotmail accounts for business email or job searches, as, according to them, these domains suggest amateurism and spam; I’ve had AOL since 1994 and not run into that attitude at all. (For some reason, Verizon email addresses sound better for reputation.)

The authors do discuss blogging, and the various tones of writing that are appropriate in blogs as compared to formal white papers and (particularly academic) books.

(Note: I bought the paperback; the image shown is for a slightly different version; Check Amazon for all versions). 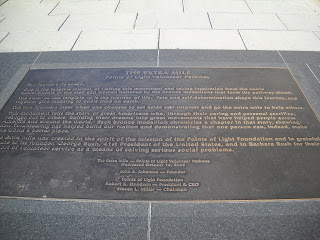 Thanks for taking a look at our book and sharing your own personal experiences of reputation management.