Textbook errors create a stir in Virginia schools; even academic publishing has problems in quality in this cost-cutting age

For all the discussion of “amateur” vs. “professional” authoring and publishing, it seems that the flap over errors in social studies textbooks from Five Ponds Press (link), including “Our Virginia: Past and Present” (Joy Masoff) and “Our America” have really created a stir. The publisher even mentions helping students with their SOL’s (Standards of Learning tests) in promoting the lower-priced texts. The Washington Post has a story on Dec. 30 by Kevin Sieff. Errors included stating that the US entered World War I in 1916 (it was 1917). Another was that the Confederacy comprised 12 states (it was 11). And there was a controversial error involving the participation of blacks fighting for the South.

An interesting sidelight seems to be that the authors did a lot of their research for the texts on the Internet. “I read it on the Internet so it must be right.”

Of course, I remember my own factual gaffe on the back cover of the first edition of my first “Do Ask Do Tell” book in 1997 on the "age" of the Bill of Rights (I don’t know how it got past me), but corrected it in the 2000 print-on-demand from iUniverse. But no one caught it until 1998, when someone in Minnesota noticed it proofreading my second booklet. (It’s a good idea when writing history not to say how “old” some document is, because the book itself will age anyway.) 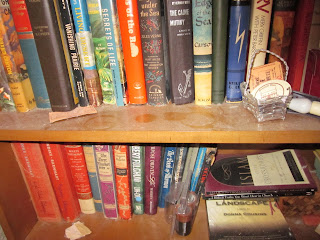 There was some controversy back in the 1950s, because social studies in Arlington was always “Virginia and U.S. History” and “Virginia and U.S. Government”. And we always had a lot of collateral reading besides history and literature anthology texts. I don’t even remember what the anthologies were (in college, we had Crane Brinton’s “A History of Civilziation” and “British Poetry and Prose”). We had a lot of collateral reading: “Silas Marner” in 10th Grade English, John Kennedy’s “Profiles in Courage” in 11th Grade History, and “Huckleberry Finn” in college freshman English. It seemed (when I was a sub) that everyone read Goldman's “Lord of the Flies” (a kind of “Lost”) in 9th Grade English and had to take pop reading quizzes on it. Another external assignment was an abbreviated version of Elie Weisel’s “Night” – there’s eve a Spark multiple choice quiz here. And these assignments produced some vocabulary words (like “lorry”).

Andy Rooney, on CBS 60 Minutes, talked about the textbook fiasco tonight, and Robert McCartney wrote a column for the Metro Section of the Sunday Washington Post, "Va. schools should insist on refund for textbooks".  No way to turn these into "teachable moments."
Posted by Bill Boushka at 7:27 AM