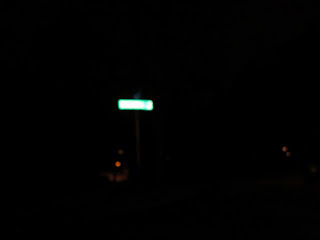 Typos are certainly more common in books than they were twenty years ago. Yes, there are probably more of them in self-published and print-on-demand books (including mine), but I’ve seen some in books from major trade publishers as far back as the mid 1990s (I won’t mention names here). Copyediting used to be a labor-consuming job, but obviously in the interests of cutting costs, the menial attention to detail is down.

Here’ s a piece by Irene Watson at “Ezine” (Feb. 5, 2010) designed to help authors who outsource their editing, link here. Authors have used subsidy publishers, services from POD, and outside freelance proofreaders.

Here’s what Yahoo! says about the problem. ("What do you get for finding a typo in a published book? Nothing.")

But it’s also becoming a problem in newspapers and online news stories, as here.

Back in 1998, in a gay book club held at Barnes and Noble in downtown Minneapolis (where my first “Do Ask Do Tell” was being sold, distributed then by Bookmen) one member said something like that “errors in published books are inexcusable”. “Get real!” (I know, that’s the name of a gay movie.)

In fact, a reviewer of my book on Amazon wrote, quoting me “"Algebra invokes the manipulation of symbols as surrogates for numbers or objects. As a child, it had sounded like a great mystery, doing arithmetic or `figuring' with `letters' rather than numbers. Some people never understand the abstraction, and stay back at the grade school level where you never do your `number work' in ink."

That second sentence, taken as written, means that algebra sounded like a great mystery when it was a child. I wonder what algebra sounded like when it grew up. In the final sentence, he switches from the third to the second person midway through. And the entire book is written this way. This kind of sloppiness is natural in spoken conversation, but has no place in a published work.”

You see the error? I had used “it” as the impersonal (as “it rains”), when strictly speaking, grammatically, the pronoun would refer to “algebra”. It’s very hard for a writer to catch these errors in his own work. (It’s easier in most (less analytic) foreign languages, where endings force you to make things clearer.) I guess it is very hard in Chinese!

As for newspapers, Foster Winans, in his 1989 book “Trading Secrets” (St. Martins Press) talked about his career (cut short by his own foolish insider trading) at the Wall Street Journal, and in a chapter called “Full Boil” talks about catching grief over small factual misprints (back in the 1980s) in his “Heard on the Street” column.
Posted by Bill Boushka at 8:01 PM