Justin Elzie: "Playing by the Rules": timely, given the (conditional) repeal of "don't ask don't tell" 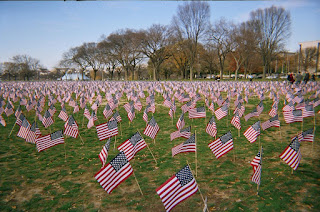 Title: “Playing by the Rules”


Let me introduce this review with an incident from my own Army Basic training in early Spring, 1968 at Fort Jackson, SC. We were on a day long march (not yet bivouac), “at ease”, when I said, “The Marines are tougher than the Army.” Yup, I just blurted it out, from “naivety”.

In fact, it’s normally up to the Marines to take territory, and for the Army to hold it. A Marine is both a sailor and a soldier, and lives in quarters normally more cramped and intimate than either more “conventional” servicemembers.

So it’s logical that the Marine Corps would provide an ultimate test of the theory that the military requires an unusual does of forced intimacy, and that rules are necessary that would not normally apply in civilian life. That came up during the recent Senate hearings over the final repeal of “don’t ask don’t tell” regarding gays in the military, where General Amos insisted that the Marines, since they always share quarters, could be severely compromised by lifting the ban.

I’m backing my way into the review, as the book indeed recreates the world of 1993, when the new and “naïve” President Bill Clinton had proposed lifting the “absolute ban” (with “asking”) that had been promulgated back in 1981, just before Ronald Reagan took office. (Randy Shilts had covered that in “Conduct Unbecoming,” with the famous “123 Word” policy. (In fact, here’s the reference from Google books, link. )

Elzie, having entered the Marine Corps in the early 1980s after dropping out of a Bible college, had outed himself in January 1993, on ABC World Evening News broadcast. So he would relive the entire debate, all the way through President Clinton’s July 19 announcement of “don’t ask don’t tell don’t pursue”. His own discharge hearings would occur in March, and then the Marine Corps would try to take away VSI/SSB (Voluntary Separation Incentive and Special Separation Benefit) retirement that he would have been eligible for. He sued, and under a judge’s order was reinstated, and serve four more years, getting outstanding performance evaluations despite the legal circumstances and the theories (from Sam Nunn and at the time Charles Moskos) that gays would disrupt the sense of “privacy” of straight soldiers, and Marines. (Sam Nunn has said, “They have no privacy”, and later, “When you disclose your status, you have described your conduct”, since Clinton had tried to make a distinction between status and conduct). Elzie would insist that it was more important for him to “make a difference” than just to collect his deserved retirement money.

Elzie describes how the “don’t pursue” idea (even espoused in June of 1993 by Barney Frank) never works. In the early days, NCIS (Naval Criminal Investigative Service) agents, who were civilians (themselves protected from anti-gay actions in civil service since 1973) staked out parking lots of gay bars near bases (particularly in North Carolina) to hunt down gays who went to bars. This was supposed to be prohibited by the 1994 administrative rules, but many commands still pursued. Elzie gives some discussion of Servicemembers Legal Defense Network (SLDN), and especially Michelle Benecke and Dixon Osburn who ran the aid group in the 1990s. I attended some of the events, included the “End the Witchhunts” dinners. Elzie would tread his double lfie carefully, avoiding such tactics as marrying a lesbian to hide. His career advanced, to his service as an Americam Embassy Guard.

Elzie also describes growing up around Cheyenne Wyoming (not too far from Matthew Shepard’s Laramie), and his dealing with his family’s religious disapproval of his emerging identity, which did not interfere with his ability to perform socially as a man. When he decided to join the military, he was wooed by a Marine Corps recruiter, probably not quite understanding what that could mean. For a while in the 1960s, it was actually possible to be drafted by the Marines.

“Gay rights” has been presented in terms of equality for the past couple of decades, and the ability to serve in the military with “reasonable” openness seemed essential to me to be a first class citizen. If you are to have fully equal rights, you must have the ability to share the risks of defending your freedom and the freedom of others in your family and community. But in earlier times, it was the right to have a private life out of the pursuit of others, that seemed to be the issue, and this could be an issue even for civilians (who, remember, could, if males, be drafted). Frank Kameny lost his government job in 1957 because of snooping, and in 1967, the horrible documentary “The Homosexuals” with Mike Wallace on CBS had described witch hunts in the State Department (in the words of a belligerent Dean Rusk, “we discharge them”) and saw gay men interviewed in shadows with voices muffled.

I am a product of those earlier times, and will ask "Why". It seems to me that people want others to do what they have to do, and that, as part of a stable and "interesting" marriage, parents expect their kids will carry the family on biologically, and provide vicarious immortality. 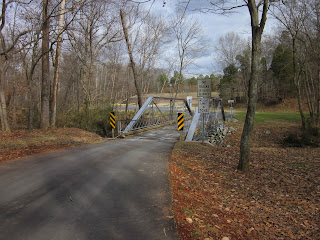 Labels: gays in the military