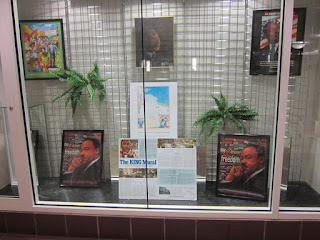 The New York Times Business Section yesterday, in Sunday Business, offered a big story by Julie Bosman, “The Bookstore’s Last Stand” about Barnes & Noble and its introduction of the Nook as an answer to Amazon’s Kindle -- and as a way to stop BN's own business decline. The article is called “The Bookstore’s Last Stand” with link here.
CNET offers a buyer’s comparison of Kindle, Nook and iPad, by John Falcone, Nov. 23, 2011, link here.     I’ll add that I haven’t purchased any device yet:  I still travel with a Windows Notebook and hardcopies, but I am seriously considering the iPad.
Bosman discusses the impact that a weaker Barnes and Noble would have on the mainstream book publishing industry.  The independent bookstore has taken a hit from the larger chains (we’ve lost Lambda Rising), but the chains (Borders) are losing out to the Internet in multiple ways.  A place for book signings and cultural events is in jeopardy.
Publishers can make great profits on big hits like Harry Potter and Stephen King novels, but it is harder now on midlist authors (it has been for some time), and non-fiction, outside of memoirs by celebrities and some how-to books like cookbooks, tend not to sell well.  The loss of bookstores makes it even harder.
A newer generation is conditioned to expect visual entertainment and has less patience for reading.
The legal and cultural environment of the Internet is certainly a factor.  It might be a different world, as I’ve noted (even on the previous posting) if there weren’t as much downstream liability protection to service providers for user-generated content.
When I self-published my first “Do Ask Do Tell” book with a printing in July 1997, I expected to sell hardcopies by word-of-mouth. At the same time, I did a transfer to Minneapolis.  Once in Minnesota, that did happen to an extent; I even made a cable television appearance there.  Authorship then was still a source of celebrity.  But as the Internet and the Web 1.0 environment  supported by search engines grew,  I quickly turned to “fame” generated by Google – which could mean that a few hundred thousand people  worldwide would get to know me online, even if they didn’t have to “pay”.  That did happen. I think my book and Internet strategy was a significant, if little known, part of the eventual repeal of “don’t ask don’t tell”.  But I haven’t transitioned to Web 2.0 and the heavily segmented social media environment so well.  Okay, I’m 68.
But what if it hadn’t been able to use the Web this way?   Would I have sold more copies instead?  Very likely, I believe, yes.  Word-of-mouth efforts and symposiums would have gotten even more attention.  The original book (with its glaring typo error on the back cover about the “age” of the Bill of Rights) was carried in the LGBT section of the downtown Minneapolis store for most of 1999, and BN then had a regular LGBT book forum there.  It was also carried in various Lambda Rising stores.
In the meantime, the publishing world has gravitated toward cooperative or supported self-publishing, where the author takes on more of the expense and risk (as I did in the 90s).  At the same time, knowledge management compendiums like Wikipedia say they don’t like to see articles turning to self-published works (except when from material about the subject).
iUniverse still promotes author discounts and encourages authors to try to volume-sell their own books (after buying larger orders from print-on-demand), either through conventional (now) social media networking, local advertising, or even mentorship.   The problem is that, in most cases, older non-fiction just doesn’t sell.  (In my case, people are rapidly forgetting that “don’t ask don’t tell” could come back in a different administration, and that isn’t good.)  Newer work can be sold.  Authors have to stay busy creating and polishing new content. That’s a reality.  Never rest on your laurels. But you don't need to become a huckster.
Here's the Los Angeles Times on the Nook Tablet:
Posted by Bill Boushka at 7:33 AM