Robert Frank: "The Darwin Economy": Even the most "productive" individuals depend on others, even if they won't admit it 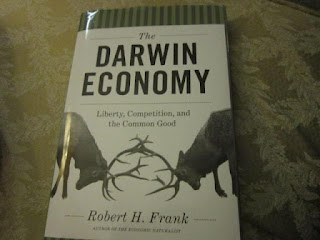 Author: Robert H. Frank, economics professor at Cornell
Title: “The Darwin Economy: Liberty, Competition, and the Common Good”
Publication: 2012, Princeton University Press, ISBN 978-0-691-15319-3, hardcover, 240 pages, indexed, twelve chapters
The Amazon link is here.
Maybe the book could be titled “The Spencer Economy”, after the 19th Century British sociologist  Herbrt Spencer, who preached survival of the fittest.
Frank starts his argument by examination of how nature (Darwinism) favors “positional” or “relative” behavior among animals of a species, to be the strongest in their group to pass on their genes.  But that may not produce offspring which are optimally equipped to make the species as a whole survive.  For instance, some animals have larger antlers who advertise masculinity but which hamper running from predators (although they might facilitate counterattack). Among one type of sea lion, the male is enormous, in order to attract the most females, but that hinders escape from hazards and increases food requirements for the group.  Many animals are polygamous, which is not necessarily good for the group as it is for the alpha male.
In human economics, there are many behaviors which tend to promote the welfare of one’s own family and which the free market system tends to encourage. But these behaviors may lead to instability and may not maximize freedom and autonomy for people in the long run.  That forms the argument for some kind of benevolent government regulation of some things, and for some kind of progressive tax policy that actually works.
It’s easy to come up with many examples. An obvious one is how people behaved when they bought homes they couldn’t afford during the subprime years, bidding up the price of homes (and then school systems) for everyone, indirectly forcing other families into risky and reckless personal behavior.  Only some kind of regulation can tame this.
Frank goes into the topic of “cost-benefit” analysis of policy problems, as if they constituted a 1970s-style operations research (maybe linear programming) technique.  He proposes “Noah’s ark survivor” thought experiments on group policy choices, which might fit into science fiction scenarios for explorers settling Mars or Titan.  He makes interesting observations about non-monetary values, such as safety and public prestige, which tend to lead to anomalies (or stratification of society into inefficient segments) without practical policy choices and accepting better regulation.  He sounds a bit like George Soros.  I think his observation that for some people to have superior social status (royalty, maybe), others must "bear the cost" of lower status, is interesting.  (Think about that with social animals.)
Many of his observations are on mark. During the energy crisis of the 1970s, Jimmy Carter wanted a gas tax, which might help fund public transportation and lessen dependence on foreign oil. It was shot down (although gas prices rose quickly), and gas lines resulted.
Likewise, a free society has to be able to defend itself, using taxes (maybe conscription?); otherwise external forces will take over and take away freedoms anyway.  Frank mentions taxes in taking care of the elderly, but fails to address the idea that in principle retirement needs (including medical) could be met with a well-managed “ownership” savings concept, and that Social Security is really partially an annuity based on contributions (not true taxes) now. 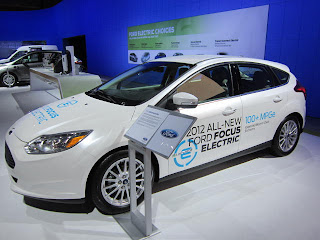 The author believes that the most effective tax systems would be on “harmful” consumption.  This might sound intrusive or regressive, but he focuses most of his attention in areas like carbon or sulfur emissions, and some attention to issues like tobacco and safety helmets and seat belts, where indirect harms to others can be shown. He gives us some dire warnings, that global warming just might be dire enough (because of methane) to cause the end of civilization. 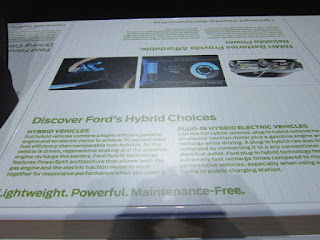 Frank largely avoids the areas of sexuality.  He accepts immutability for what it is,  and (avoiding rhetorical moralizing) is concerned about people’s making choices – and maintains that the common good is necessary to optimize the opportunity for choice.  It’s easy to apply his ideas to the issue of declining family size.  As, in an individualistic society, parenting incurs enormous costs, we’ve created a society where there may be a growing disincentive to have or raise children, which has obvious consequences for the “common good.” The idea of “equality” is a deceptive concept.  People who take on less risk and less responsibility may be able to work for less (he does touch on this point when he tries to unsettle the libertarian notion “it’s your money”) but that could lowball the system for families.  On the other hand, when people get public benefits for marriage and parenting, others who do not share the responsibility sometimes wind up subsidizing what amounts to the (marital) sexual behavior of others.
But, as we know from the health care debate, some sort of “pay or play” is necessary in many situations to provide for a stable infrastructure that is there for everyone when they need it.  Frank somewhat discounts the idea of the “self-made hero” (a la Ayn Rand), because every successful person in modern society depends somewhat on an infrastructure already provided by the labor and sometimes the sacrifice of others.    Referring to Malcolm Gladwell’s work  (here, Nov. 27, 2008), he talks about the role of luck and circumstance in personal success.  He pays particular attention to classical musicians (quoting Sherwin Rosen on p. 150), mentioning that technology has made them more productive but has also tended to create a “winner take all” world in compensation, just as it has in business and in many other media areas.  It appears Frank has a background in music, as he mentions the qualities that make one a successful performing artist.  Sure, it takes dedicated practice and determination to succeed at piano or in any artistic or performance-based endeavor (include pro sports here), but the ability to achieve this level of productivity and focused expertise through hard work is in itself partly genetic and partly luck.  The Jonas Brothers are all hardworking, but their qualities are in a sense “inherited” through their family.   As for the aforementioned modern disincentive to take on parenting, even libertarian scholars at Cato Institute  (Bryan Kaplan, “Selfish Reasons to Have More Kids”, Basic Books, 2011) partly through biology,  my main blog, May 25, 2011;  have said that parenting should not be viewed as the burden it is because the qualities that enable people (that is, “good kids” that every parent wants) to persevere their way to success are so largely genetic.
In the world of public health, the “common good” comes into play, and it might invoke restrictions on individual choices more than the common issues like taxes or energy.  The vaccination debate provides one example.  Another is the enforced “social distance” that could be required to control pandemics.  Back in the 1980s, the religious right tried to make HIV into a logically existential argument against permitting “chain letters” among men .
Even though Frank is mainly concerned with posing public policy choices that would optimize freedom “for the many” in a progressive society in ways that mainly address regulation and taxation, it’s fair to look at his concerns from a personal viewpoint, too.  When do the needs of others in the “common good” affect the deep values-based directional choices that one makes and emotional priorities that one sets?  In any free society, people have to take care of people.
Here is an 80-minute YouTube video where the author speaks for the New America Foundation.
Compare this book to Corey Robin "The Reactionary Mind", reviewed on this blog Dec. 23, 2011.
Posted by Bill Boushka at 9:11 PM