Edward O. Wilson explains eusociality in "The Social Conquest of the Planet". Atruism is a moral imperative and is genetically driven. 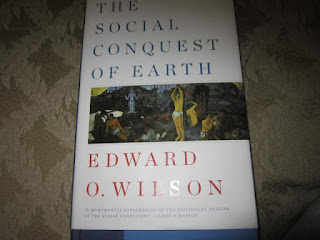 Title:  “The Social Conquest of Earth”

Wilson’s book is a scientific discussion of the way social structures among animals work, with some pointing toward the moral and implications for individuals. The author is now age 82.

The most comprehensive form of animal socialization is called “eusociality”, where there is great division of labor among the individuals, where not all reproduce, and a great amount of “altruism”.  The main example is that of social insects: bees, ants, termites, and the like. The term can be applied to other animal social structures, as with birds and mammals, especially wolves and lions.  But some biologists, because the suppression of the individual animal is less extreme, call mammalian socialization “presociality”.

Wilson traces the way social structures in animals evolved genetically, and points out that while infrequent, they can make a species dominant when successful.  The basic idea genetically is somewhat similar to that of any multi-celled organism:  different cells evolve to do different jobs, so that the organism as a whole is competitive. The same can be true of an entire hive, colony, pack, pride or (in human beings), extended family or tribe. He talks about “group selection” and “inclusive fitness”.

His most arresting statement appears on p. 243. “…an iron rule exists in genetic social evolution. It is that selfish individuals beat altruistic individuals, whereas groups of altruists beat groups of selfish individuals.”  Up to a point, that’s pretty familiar.  What are team sports all about?  Remember the sacrifice bunt in baseball?

“Altruistic” and “selfish” can overlap (objectivists talk of “enlightened self-interest) and certainly can depend on circumstance, particularly in modern society.  The notions of “sin” and “virtue” become comingled.  I talked about this on my main blog April 27. 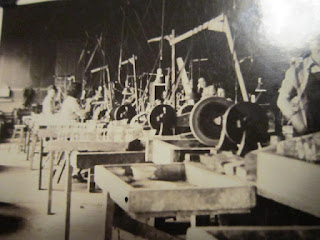 But generally, Wilson means, by altruistic, behavior which benefits the tribe or extended family with some risk or loss incurred by the self.  That’s a familiar part of upbringing, for earlier generations.  Boys have been taught to become “brave” and learn to protect (and sometimes sacrifice themselves) for women and children.   Groups naturally compete, and Wilson says that tribalism and war are inevitable as civilization evolves.  Some must sacrifice so that others do reproduce and continue the family and tribe and make it “politically” stronger for its members.  With women, there have always been “girls” who didn’t marry (the cardgame “old maids” of “Gone with the Wind” who feared they weren’t competitive enough – remember Miss Scarlet scored twice!); in past generations, they were expected to stay home and take care of the elders and of OPC, “other people’s children”.  Today we have a somewhat pejorative term for this status, “family slaves”.
Wilson points out that differences (or “diversity”) in reproduction activity is inevitable in larger groups and probably good for the long term viability of the family.  Certainly, Wilson’s idea of human “eusociality” fits in with some other ideas today about the “common good”, “social capital”, and especially “the natural family”.
Wilson does have a chapter on “The Origins of Morality and Honor”.  Ethics becomes a two-edged sword, sometimes requiring sacrifice of the individual for the group, as in war (remember military conscription?)  and sometimes (in more recent decades) honoring the individual who challenges corrupt authority (look at the debates over Internet free speech, especially in China).  Moral training early in life usually demands loyalty to the group, and willingness to accept the moral stance of the group if ambiguous from a broader view.  Imagine growing up in a crime family, or, for that matter, in a kibbutz on the West Bank.  When individuals (in the modern world) are freed from such illogical shackles, they can, on their own, achieve spectacular things (like Mark Zuckerberg and Facebook).  I used to complain that some of the demands made of me, to compete riskily in team sports and do things a certain way, were “irrational”.  At my own individual level, I was right. But I was being taught that, as a primary moral principle, I must start out in adult life by honoring my debt to the “group” (family or country) and take the same chances as a man as everyone else. (Remember how, in an early episode of NBC’s “The Apprentice”, candidate Troy McClain let his legs get waxed “for the team”?  Donald Trump even mentioned that in his book, “How to Get Rich”.  Back in the early 1960s, colleges called these rites of passage “tribunals”.)
In fact, because it is, in a eusocial society, impossible to be “right” all the time, we do need faith, and an idea of grace.  Wilson discusses the “Origins or Religion” near the end.  On p. 258, Wilson writes, “Every religion teaches its adherents that they are a special fellowship and that their creations story, moral precepts and privilege from divine power are superior to those claimed in other religions. Their charity and other acts of altruism are concentrated on their coreligionists; when extended to outsiders, it is usually to proselytize and thereby strengthen the size of the tribe and its allies.”  Look at the Mormon Church!... The illogic of religions is not a weakness in them, but their essential strength.”  No wonder Pastor Rick Warren writes, in “The Purpose-Driven Life”, “It’s not about you.”   At the end of his chapter on religion, Wilson writes that man deserves better from faith than he (or she) gets.

One of the biggest places where eusociality could seem to complicate moral debate would be sexuality.  In fact (as I pointed out on my GLBT blog April 22), Wilson points out that nature really didn’t intend that all sex in human beings be just for procreation, in contradiction to Vatican teaching.  Continued pleasure in marriage is necessary to keep men interested in staying with their young as fathers, since human beings have long childhoods.  But what about “outside of marriage”?  After all, society’s historic rejection of homosexuality has nothing to do with cheating on spouses or single parenthood.  Wilson says that homosexuality is probably a “side effect” of other  (heritable) cognitive abilities that any larger group needs to have a portion of its members nurture for the good of everyone.  (Truth seeking, in the world of Rosenfels?)   What, an esoteric, cognitive “priesthood”?  In purely moral terms, he hasn’t necessarily proven that societies may not constrain the behaviors of individual variations.  We have decided to do that, by and large, in modern western culture because of the premium we now place on individual rights.  It’s always seemed to me we have to be rich enough (and sustainably so enough) to afford it.  In ancient times (like in Leviticus), tribes probably often placed a premium on reproductive numbers, and might have viewed a man’s submission to another as reflecting badly on the whole tribe’s ability to defend itself.   In their world, an “offense” against the tribe or group as a whole could be graver than a crime with individual victims.  Hopefully, we’re beyond that today.

There's no question, that Wilson believes (and general experience suggests) that kinship generally demands the capacity for "sacrifice" and for personal attention from others in the "clan" besides those who have "chosen" to become parents (by having heterosexual intercourse).  That expectation became problematic for me during my own experience with eldercare.  This expectation may be increasing with medical technology, which increases the likelihood that organ and marrow transplants will be requested from other, even somewhat distant, family members.

The book is heavily illustrated with drawings, diagrams, graphs and photos, all black and white.  When he is discussing how color vision works, color pictures would have been helpful.  Explain color-blindness!