"It's Simple": Collection of essays by Dean Hannotte, for the Paul Rosenfels Community 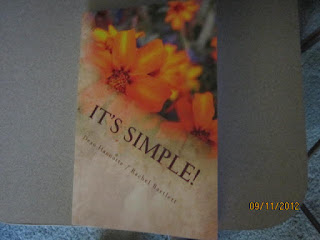 Title: “It’s Simple: Ordinary Common-sense Explanations for Everything You Haven’t Figured Out Yet”

Dean Hannotte and Rachel Bartlett run the online presence for the Paul Rosenfels Community, which followed (or descended from) the Ninth Street Center that Dean and Paul Rosenfels formed in 1973 in the East Village in NYC. The “Community” link   (“Social progress through personal growth) is here.

There is a review here on April 12, 2006 of Paul Rosenfels’s core “dissertation”, “Homosexuality: The Psychology of the Creative Process (1972), to which Dean appended a strong introduction to a 1986 reprinting by the Ninth Street Center.

This book comprises about thirty-two (by my count) short essays about everyday “perceptions” and the pieces come across as a bit like blog posts.  They would correspond more to Chopin’s etudes than his preludes.  The first “part” asks “What is life? What am I doing here?”; the second goes on to psychology, the third to what matters in life, and the last, to where we are going.  The very first chapter asks “what is natural?”

The overall philosophy is pragmatic (as one can judge from the title).  People make up religious or political agendas that control others because of their own cravings for self-aggrandizement.

What matters to the author is life and personal growth on Earth, not who “created” us or where we may go afterward.

Toward the end, however, the chapters do get more metaphysical.  At one point, the author discusses the progression in science from physics, to chemistry, to biology, to social sciences, each stage less deterministic and more macroscopic than before.  I recall a lesson like this in a middle school text when I was substitute-teaching.   The larger the level, the more important free will, individual consciousness, and psychology become.

There is a midpoint chapter that compares the difficulties of writing fiction, non-fiction (like my "Do Ask Do Tell"), textbooks, and poetry. I think that fiction is the hardest.  Poetry -- you need the gift for verse (and for comedy, like that of Seth Meyers).

The author certainly takes a skeptical view of religious ideas of an afterlife, creation, intelligent design, and the like.  There is a degree of objectivism in the writings.  Absolute equality cannot exist in nature.  Socially and politically, it is a goal that is necessary to provide a climate stable enough for people to explore personal growth. The author discusses two films in conjunction with personal growth: “Sundays and Cybele (1959)”, and “Splendor and the Grass” (1961), the second of which I saw during my lost freshman semester at William and Mary.

On the issue of “afterlife”, I have to agree, what matters is how well one lives here – and that takes on a certain objective reality which can be destroyed by misfortune or by the wrongful actions of others, somewhat dependent on luck, and regardless of whether justice is done.  Really, there are no "victims".   I personally think that consciousness must persist somehow (maybe time stops and we stay in our last moment forever, so it had better be blissful) – and I don’t think that, even given a concept like Christian Grace, we simply live forever (with “family”) in a condo in Clive Barker’s First Dominion.

Dean has a chapter “Are gay brains different from straight brains?” and offers the idea that sexual orientation might change the brain physiologically – reversing the usual argument.

I would like to take this point and expand  and suggest a few other possible essays – I’ll be writing them at one time or another.  But a big problem is that it is very difficult to sequence my thoughts in any structure that would resemble a mathematical argument or proof (like in graduate school). So I'll argue "inside out".

For example, why do gay activists insist that sexual orientation is immutable?  Such insistence hints that there is something intrinsically wrong with homosexual attraction if it is somehow willful.

So why have, historically, many (maybe most) cultures persecuted homosexuals for what is normally seen as private “victimless” activity, often pursuing it more than heterosexual infidelity?  Ok, “it’s simple” – religion.  But that only begs more questions.
I can give a particular glimpse because of my own stance as an only child.  I will not be able to give my parents a lineage.  Many marriages probably depend on this sort of hope for sexual interest to persist as a couple ages together.

There’s a deeper issue, that I can come back to after going beyond the issue of sexual orientation and look at the broader drive for self-expression and recognition – especially for someone with my personal bent, which seeks a psychic reward not only in discovering but sometimes in exposing “inconvenient truths” about the conventional drives of others (which get discussed in the book a lot).  This issue looks further to the position of those who seem “different” in society, and asks why society sometimes goes after and bullies its outliers.  That question is much broader than just why homosexuals have been “oppressed”.

It’s easy to come up with “simple” reasons.  Many people see life in terms of mastering social combat, and see “those who are different” as suitable for subjugation.  Nature often works that way.  More relevant, many sees the “difference-people” as threats, who can and will expose their own weaknesses.

There’s a particular aspect of this that has surfaced in the Internet area (or era):  people can draw attention to themselves for their speech or artistry (or auteruship, perhaps) on the Web, without necessarily being open to taking personal responsibility for others in a conventional way, which for people like me, can involve a lot of risk and dealing with a lot of shame (to be distinguished from guilt) after “falling short”.

Taking responsibility for others, for someone with my history, can be a particularly daunting task.  I have been brought up to abhor competitive failure.  It seems as though “society” wanted me to perform competitively “as a man” and when I didn’t, it tried to back down a bit and still interest me in conventional marriage and fatherhood – because if I remained single and visible (and didn't add personally to "social capital") I could really become a “threat”.  (Society has often viewed “failures” as expendable or as cannon fodder – look at how we handled the draft during the Vietnam era.)  There is a logical breakdown in thinking here, somewhere.  It seems as though sometimes I am challenged to “give up” my own expressive goals to take care of others and learn fellowship with them, when the whole process of interacting with “them” earlier in life simply was humiliating.  All the normal protective “feelings” for family members – connected to conventional heterosexual attraction and an expectation that one will pass one’s lineage on to children – come to seem repulsive. Fantasy, based on finding angelic perfection, takes its place. I'm particularly "offended" in situations where I am expected to intervene personally to make someone else seem "all right".

It seems that “society” does have a practical “vested interest” in maintaining a culture where people will be able and inclined to make an maintain emotional bonds that actually respond to real need and augment the welfare of other members in an extended family, which is set up (ideally) by married parents.   People like me refuse to show emotion (or experience it) when it is normally expected.  Whole moral philosophies (particularly the “camel’s eye” metaphor in the Gospels) grow around this sort of experience.  This capacity for "aethetically realistic" love, as a moral requirement (quite possible in same-sex "polarities" context), seems to arrive as a corollary of the need to make every human being in a civilization (that is, all of "the people") "valuable".  It’s easier for a lot of people to develop emotionally in a “communal” sense when they believe everyone else has to (and when no one is allowed to depend on the crutch of upward affiliation).  Totalitarian systems get set up to feed on this need.  One of Dean’s chapters, “Why are some cultures better than others” gives some interesting history about the connections of Paul’s family to communism. 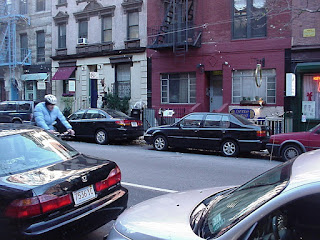