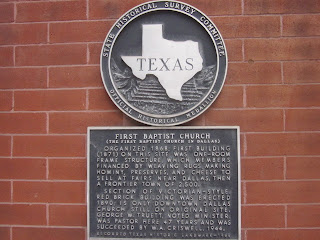 Title: “Internet Laws: How to Protect Your Business Website Without a Lawyer”

.The first observation to make about this guide is that it is intended mainly for people who really want to run a for-profit web or Internet business.  It isn’t primarily intended to address self-publishing, or even the running of discussion forums or blogs with multiple contributors, with perhaps only nominal advertising revenue. (That really is my own background.)  It’s more about sales on the Internet.
Young starts out with the basics, particularly discussing the business format that one should set up.  Avoid proprietorships (sole or general) and consider Chapter S or limited liability corporations . He discusses the tax implications and legal liability shield aspects for these arrangements in some detail.  Setting up the right structure may be one of the most important decisions an Internet entrepreneur can make.
Another big basic piece of advice that occurs much later, is to keep very careful business  records and pay attention to your own local government and state’s business, sales, and income tax laws.  Internet taxation is tricky, to the chagrin of some people who want to be Amazon affiliates in some states.
Most of the chapters of the book are short, but in many of them Young reveals the dangers that can lurk for the unwary entrepreneur.  One of the most dangerous possibilities is to be accused of sending spam from your email server, if hacked.  Young recommends outsourcing email management to large hosting companies experienced in handling the security issues.
He does talk about domain names, and the increasing risk of unintentional trademark infringement. He recommends not using the same company to host the site as the domain name, although I have done so with no problems, and setup may be easier if you use just one company.

He does talk about patents, trademark and copyright in some generality, but I think he could have added some details about patent trolls and especially copyright trolls like Righthaven (although much of the activity in this area, documented by the Electronic Frontier Foundation and other groups like Ars Technica, has happened after the book was published).
A number of the chapters in the book talk about “risky” website businesses, involving gambling, pornography, “getting something for nothing”, possibly illegal customers overseas (associated with drugs or terrorism).  He avoids any moralizing or pontification, and just states the “facts”,  I wasn't aware that search engines had been forced to remove links to some gambling sites.  He has a chapter on the privacy issues of setting up websites for children (COPPA), and with the laws on content that brushes against child pornography.  He mentions only very briefly the litigation (against the CDA and later COPA, to which I was a plaintiff personally) which has made most child-protective “censorship” unconstitutional.  The issues involving minors, despite favorable Supreme Court rulings, can become quite tricky, and I’ve discussed his material (since February 10, 2013) in more detail on another blog (trace through Blogger Profile here), “Some approaches to filtering or labeling Internet content”.  He does discuss adult identification verification (AVS), and a recent development in self-labeling technology, RTALabel.
He does cover the issue of product endorsement, and FTC rules for bloggers who get products to review.  In fact, I do get free DVD’s from some independent movie distributors to review on my Movie Reviews blog, and I do follow the FTC requirement and mention that I got a review copy.  Once, I got a “short film” DVD from an oil company!  One question I wonder about movie and book reviews (for fiction).  Could premature spoilers cause a legal problem?
He does talk about downstream liability, particularly with respect to requirements of DMCA Safe Harbor, if a webmaster who services publication by others gets a copyright infringement complaint.  But I don’t see any mention of the Section 230 provisions of the 1996 Telecommunications Act (better known as the Communications Decency Act).  These provisions, controversial in the child protection community, generally do shield blogging service providers and Internet hosting companies from civil liability (like for libel) for what users post.  But CSA230 also protects forums from liability from what users post, and bloggers from comments (even when some moderation of content is done, within certain limits).
He also warns about the practical risks of what we sometimes call ‘negligent publication” or of accidental invasions of privacy (false light) or unintentional indirect libel.  For example, someone giving instructions as to how to rape or build a weapon might get sued by a victim of an actual crime following the recipe.  (Where does “personal responsibility” for the acts of others end in the law?  That sounds like the gun control debate today.)  For another example, a fictitious story with a character that clearly resembles a real person and presents the person falsely in an unfavorable way could still lead to libel.  There is a case (which he doesn’t name) in California, Bindrim v. Miller (1979) that establishes this idea, although it hasn’t always held in other states (like New York).  Even fictive “self-libel”, for purposes of demonstration, can lead to trouble, as I found out when I worked as a substitute teacher (the “BillBoushka” blog, July 27, 2007).  I ran into school officials who wanted to make an existential matter of my ultimate “motives” (leading to an obscure are that we call “implicit content”).

He does talk about online reputation and what to do about customer smearing on review sites, and briefly covers how social media can affect online reputation. He does not recommend "gag order" contracts with customers, which some medical professionals try to implement.
I want to note that the issue of photography of individuals in "public" places (like bars and discos) has suddenly become a sensitive matter, in practice if not yet in the law, and has gotten discussed on television (as on Anderson Cooper's show).  This has happened rather quickly, since the book was published in 2011.  I wonder what he would say about it.
Young’s book is somewhat didactic in nature, advising the user to read the entire work cover to cover and giving a lot of “Mother May I baby steps” along the way.  He does mention the Internet Ethics Council (link ), and the Internet Attorneys Association (link ).

I want to note something else that the author mentions at the get-go, in his Introduction.  Anyone who tries to establish himself or herself on the Web does run a slight risk of becoming targeted by someone who is mentally ill or criminal, both physically and (more likely) in terms of cybercrime and Identity theft.  The possibility of being “framed” on the web by a virus for a crime (like child pornography), while usually remote, deserves attention.  There have been some prosecutions in this area, and apparently at least one wrongful conviction or confession in Arizona based on a 2006 case where the state tried to impose an “absolute liability” theory.  He could have gone into this in more detail.

The YouTube video features the author in an interview with Open Source Marketer.
I did want to add one more personal anecdote to this review.  Despite the fact that I named my first book in 1997 “Do Ask Do Tell….”, I used the acronym “hppub.com” (as a short acronym for “High Productivity Publishing”) for my first website in 1997.  I set up a “Do Ask Do Tell” second site in 1999,  which I still have.  I got rid of “hppub” in the summer of 2005 and migrated all the material to “Do Ask Do Tell”.  I felt uncomfortable with a meaningless domain name which I might not justify forever.  Someone actually offered me money for it ($50) on Paypal in 2005, but I refused.  Soon, I saw that “hppub” was used for an offshore gambling site.  I had to make sure I fixed all my links quickly not to go there.  By around 2009 or so, the gambling site had gone away and now seemed to be some sort of mysterious site in Australia, which doesn’t work right now (the last time I checked).

Thank you for the absolutely wonderful job you did on this blog.Good Job Keep it up and thank you for all of your hard work
News4andhra.com is a Telugu news portal and provides
Telugu Movie News, Latest and Breaking News on Political News and Telugu Movie Reviews at one place

really awesome i liked it very much keep going on
Thank you for the absolutely wonderful job you did
on this blog.Good Job Keep it up and thank you for all of your hard work