Times have changed: Four major "updates" in positions I took in my 1997 "Do Ask Do Tell" book (starting with DOMA) 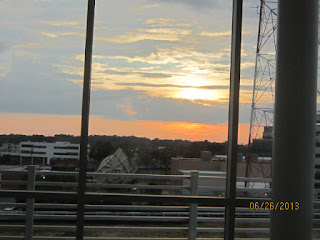 In my 1997 book “Do Ask, Do Tell: A Gay Conservative Lashes Back”, I did make a few proposals or statements that I would like to “update” now, for the record.  Indeed , “times have changed”  since I authored the book and first self-published it in 1997.
I will soon be publishing my plans for the newest book in the series, and other media, but I’d like to se the record straight (pun) on a few items now.
In Chapter 6, on page 433  (iUniverse 2000 edition), I proposed an “Amendment 29” which amounted to a statement of DOMA, the Defense of Marriage Act, signed by President Clinton in 1996 but overturned by the Supreme Court yesterday, June 26, 2013.   At the time, I thought this was a progressive proposal, that it would allow and encourage states to experiment with both domestic partnerships and marriage in their own way.  I did not think it was reasonable to expect gay marriage to be quickly accepted by conventional activism.  There had been talk of a constitutional amendment banning gay marriage even then (after the Hawaii case), and in 2004 the Senate actually had a hearing on such a proposal (right on C-Span), after the Massachusetts state supreme court had determined that laws banning gay marriage were against the commonwealth constitution.  Nevertheless, my reading of it could be questioned.  Justice Kagan, in the oral arguments about DOMA (GLBT Issues Blog, March 27, 2013) had questioned whether DOMA had been motivated by “moral animus” in Congress against homosexuality, and Justice Kennedy wrote in a majority opinion that DOMA could be particularly humiliating to children raised by same-sex couples, who are much more numerous than people think.
I had felt that the military gay ban, particularly before “Don’t Ask Don’t Tell”, when asking was mandated (although asking had not been done toward the end of the Vietnam war) as a uniform policy, was a much greater insult to gays and lesbians in the environment that existed in the 1990s.  That feeling was partly motivated by my own experience growing up in a culture with a military draft, where ineligibility for military service was seen as  potential moral failure.  The ability to share risk and common responsibility was a higher priority in the culture in which I grew up.
I think that the “moral” emphasis, given the Court’s ruling on DOMA (and “non-ruling” on California Proposition 8) shifts more toward the ability to have a permanent adult relationship at all, and the ability to raise children and care for elders from the relationship, but not necessary procreation itself.  Singletons like myself are indeed “accidents waiting to happen” and without support for marriage (gay marriage included now), social capital in a society – it’s very sustainability – becomes weaker.

Note that the Court struck down Section 3 of DOMA, the part dealing with federal recognition and benefits. It did not change the section 2 provision that states don't have to recognize (under normal Full Faith and Credit) other states' same-sex marriages.  That had actually corresponded to "section 1" of my proposed "Amendment 29";  it was section 2 in my text that had referred to federal benefits.

In the mid 1990s, there was still a prevailing sentiment that a "man" (even a gay man) shouldn't depend on others for benefits or support, so the marriage issue didn't seem as critical to a lot of us.  Gay parenting was increasing but that wasn't widely known.   Instead, there was a sense that priorities should still be on freedom to live as you want without obvious discrimination, in employment, housing, or even the military.  But that sense was changing.   I would have expected the military ban or DADT to be reversed and ENDA to pass before marriage rights were won, but the whole idea that marriage by definition demands a subsidy from others became more apparent.   I also think it is an anomaly today that we have made all these stunning legal advances and yet school systems still tolerate anti-gay bullying.
Another important  issue comes up on p. 428 (also Chapter 6), Section 12 of the proposed “Right to Privacy Amendment”, which would have been Amendment 28 (I saw it as a kind of “Bill of Rights 2”), would have barred most laws banning “harmful to minors” material on the Internet (which part of the 1996 Telecommunications Act, also known as the Communications Decent Act) had tried to do, in a provision overturned by the Supreme Court in 1997.  (A very important provision, Section 230, regarding downstream liability of telecommunications service providers, was fortunately left in place.)  However, my wording would have allowed such laws to stand if they allowed the mandated use of adult-id  verification to be an affirmative defense.   The inadequacy of laws that effectively require  age-screening (their general unreliability and large cost for small sites), as opposed to informal filtering, which is free or low in cost, was well established at the COPA trial in Philadelphia in 2006.  I attended one day of that trial.  The opinion is discussed on a different blog, “Some Approaches to Filtering Internet Content”, with the opinion discussed on an entry March 22, 2007; I described my visit to the Court on the October 30, 2006 entry.
One of the Amazon reviewers of the 1997 book criticized a couple of statements in Chapter 5, “… the only way to achieve real freedom and liberty is to radically deconstruct almost the entire federal government outside of bare-bones functions…”, presented as a libertarian proposition.  Later, I said “libertarianism would advocate the use of the established political power structure to deconstruct itself..”  This became rather like the ideology of the Tea Party, and perhaps some supporters of the NRA and even the “Doomsday Prepper” crowd.  I first stood by the statement , but I can see where it can lead to anarchy or partisan political paralysis, as with the debt-ceiling debate in 2011, which we don’t need to have again.  Yes, the government must pay the bills it has already ratcheted up.  (And, regarding the Amazon reviewer in 2006,  “algebra” was never a child; that’s fixed online.)

The reviewer also said I didn't the reader any reason to care about my positions -- but I thought that the narrative about my William and Mary expulsion in 1962 and NIH semi-reparative therapy in 1962 would establish that reason.


A last point regards the way I saw and explained “homophobia” as I had experienced it throughout my life up through the 1990’s.  In the Introduction, on p. “xiv”, I wrote that “cultural conservatives see gays as cultural freeloaders”; in the next paragraph, I write “’Homophobia’ is easily rationalized by viewing homosexuality as a ‘character disorder’.  This flaw, fed by visual preoccupation with self-image, is supposed to spurn ‘responsibility’ to procreate and parent.”  In fact, at the end of the previous paragraph, I also write “Gay men and lesbians, they feel, sap the potential energy out of missionary intercourse.”  That sounds like George Gllder in the 1980s (“Men and Marriage” (this blog, April 12, 2006).   That sort of talk had been common in the 70s and 80s.  But it betrays its own inconsistency.  It sounds like “conservatives” don’t believe that most men naturally want relations with women unless prodded by moral concerns to do so, and that sounds patently ridiculous, based on experience.  (Is it “Much Ado About Nothing”?)  There was then, of course, real tension about discretionary income (of people with less “responsibility” and tax law.  (There still is.)   But I now think that these attitudes are more explained by wanting to have a simple moral philosophy that seems to apply to everything – like the Vatican’s idea that sexuality should be experienced only when there is openness to procreation and responsibility for others.  That idea obviously affects people with different tempers in varied ways, and can support an “authoritarian” power establishment, but it does impose a certain sort of “fairness”.  I think a lot of people feel they can do what they’re told is “right” and be OK with it only when they think everyone else has to, also. 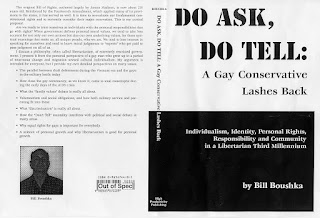 Oh, yes, that original cover:  I look like I came out of a coffin, maybe for "World War Z."
Posted by Bill Boushka at 7:55 AM