Time's booklet "The Science of You"; ideas about character for people "in the twilight zone", as reflected in my own novel manuscripts 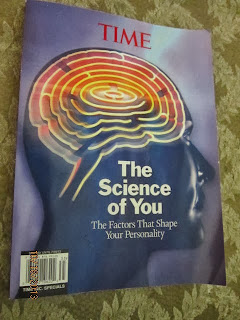 Time offers retail outlets another color, heavily illustrated primer, “The Science of You: The Factors that Shape your Personality”, edited by Stephen Koepp and Neil Fine.
The oversized album comprises several sections, called “Nature”, “Nurture”, “Types”, “Disorders”, and a closing essay by Joel Stein, “The Theory of Humor”.

The earlier essays would complement the book reviewed on June 1, “I Am a Strange Loop”, as they try to get at what makes a person “me”, and have a focus of consciousness that can experience (and take the responsibility for) free will. It all starts with the introductory piece, “What Shapes Us”, by Jeffrey Kluger.

The essays, while pondering “nature v. nurture”, don’t delve into the biological aspects of sexual orientation.  But they do maintain (as in a piece “Born to Be Wild” by Alice Park (as if to suggest the David Lynch film “Wild at Heart”) that genes account for personality traits only by acting together, and probably by execution from chemical catalysts in what we call “epigenetics”.  The longest piece in this section is “Make Yourself at Home” by David Bjerklie.  In the book “Oddly Normal”, reviewed here Oct. 1, the author noticed the intractable paradoxes of sexual orientation.  Sometimes it seems connected to physical developmental issues, but then you run into a gay make capable of playing professional sports, and all the stereotypes fail.

Jeffrey Kluger offers a piece, “The New Science of Siblings”, with more analysis of birth order.  Having opposite sex siblings, especially older siblings, may well shape personality.  Facebook’s Mark Zuckerberg’s unusual social techniques may have developed because he was surrounded by three sisters, at least one of whom helps run the finances of Facebook.  Kluger writes, on p. 40, “The family is a survival unit. Parents agree to care for the kids, the kids agree to pass on the genes, and they all so what they can to make sure no one is eaten by wolves.” The second clause is controversial.  Maybe that explains why, as an only child, my homosexuality was so controversial back in the early 1960’s when I was thrown out of college for admitting it.  In fact, family responsibility, in practice, goes way beyond the requirement to support and raise the children one sires.  One will wind up with the responsibility anyway.  Parents expect older siblings to learn to take care of younger brothers and sisters, and also expect kids to be prepared to take care of parents when they age.  That sort of “power” is a perk of having a family within the societal social structures (children within a legally recognized marriage).  People do become responsible for persons who come into being because of the sexual intercourse and fulfillment of others, not just themselves.

Further into the book, there is an essay “The Myth of the Alpha Dog” by Michael Q. Bullerdick, without a a tattooed image of Justin Timberlake.  Social carnivores vary in social structures, by indeed in some groups (wolves, lions) only the most endowed males pass on their genes, and the other obey to meet the needs of the herd.  But in humans, leaders are made as well as born.  Generally, larger animals (like big cats) are not dependable “friends” because they have not been bred to cooperate with man, but there is no reason that they couldn’t be.

Jeffrey Kluger has an essay “Disorders”, about personality problems and mental illness.  These split into three areas, the “dramatic”, the “anxious”, and the “odd”.  The dramatic includes “borderline”, “narcissistic” and paranoid schizophrenic, and seems to represent the least intact people, including those responsible for rampages and perhaps terrorism.  The “anxious” have an “intact core” but comprise both OCD and OCPD, the distinction between which Kluger doesn’t clarity.  The “odd” includes “schizoid”, and “schizotypal”, the lone wolves who might become dangerous if they lose their intactness.

At NIH, I was labeled both as OCD and “schizoid personality”.   When I sat down with filmmaker Gode Davis (“American Lynching”) for dinner in Providence, RI on New Year’s Night of 2003, he immediately diagnosed me as having Asperger’s, which he said he had himself to a mild degree.  You know, the lack of spontaneous body language.

The schizoid personality seems emotionally aloof and isolated, and disinterred in the social bonds people typically take for granted.  It’s hard to separate this from mild autism or Asperger’s.  The OCD can come from the person’s being concerned about his own performance and a sense that others may barge in and force him into various forms of social obligation that seem to be required by the social good.  Parents try to impose that on siblings.  The schizoid sees this as a moral demand from others, not intrinsically necessary for the self.  I think it is possible to relate all this to the polarity axes in the writings of Paul Rosenfels (April 12, 2006) – masculinity v. femininity, subjectivity v. objectivity, balanced v. unbalanced.  The personalities that society regards as disordered may most often be unbalanced, but is that because of society’s need for some conformity?

Kluger follows with an ample piece about self-absorption (“But Enough About You”), with a picture of a trim, handsome young man.  On p. 82, he offers a sidebar on humility, “A Modest Advantage”. All of this fits into the philosophy of Rick Warren’s “A Purpose-Driven Life”.  Kluger writes “Evolution suggests that submitting one’s needs is a trait likely to preserved only in species for which cooperation is necessary for survival.”

David Bjerklie asks if people can change in “Amending Your Constitution” (is that like being “born again”?)   Then Sherry Turkle looks at the impact of social media and whether it inhabits real world socialization in “Once Upon a Screen”.

I can recall a Sunday night youth program at the First Baptist Church in the City of Washington DC, in the early spring of 1959, when I was in tenth grade, when a precious teen, a year older, from Florida, gave a talk based on the anagram "YOU". 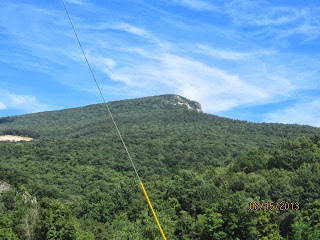 This may be a convenient place to mention something that happens in many of my unpublished novel manuscripts, going back to the early 1980s.  It’s true that in “The Proles” (1969) the “me” character starts his purification in Army Basic.   But in several documents written in the 1980s, leading up to “Tribunal and Rapture” (1988), the “Me” character gets sent to a “re-education” Academy in some rural location (whether West Virginia or west Texas) after losing his job in a minor economic setback.  He meets his “ideal man” there, but at the climax of the novel, when he leaves, the whole world blows up.  But what’s interesting is that I regard “someone like me” not as “disabled” (at least mildly, according to modern values) but as morally compromised, because “I” am in that gray twilight zone where I can understand the harm to sustainability of the “common good” if the example I set if followed by others, which it well might be. 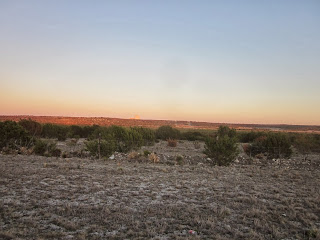 In the novel that I want to present for eventual publication – and I will get back to it when I get “DADT III” submitted  (Oct. 1, 2011 here) – and that book is “Angel’s Brother”, I have a layering of this idea.  The novel is told from the viewpoint of a male couple, a CIA agent (married, with a front of being a high school history teacher) and college student, who develop a relationship. There is a character “Bill” who has an embedded novel manuscript called “Rain on the Snow”.  That embedded story has an “Academy” which happens to exist in the world of “Angel’s Brother”.  In one subplot, the college student (“Sal”), who works at the Academy as a language instructor, approaches Bill, also a student there, and intervenes, giving Bill “what he wants” so that Bill doesn’t go over the edge and ruin everything.  The world approaches a purification (in the form of a mysterious pandemic) anyway.
Posted by Bill Boushka at 11:28 AM