Retired double-operative: "Agent Storm: My Life Inside Al Qaeda and the CIA" - maybe the most telling account of Islamic radicalization of a westerner (and his return) yet 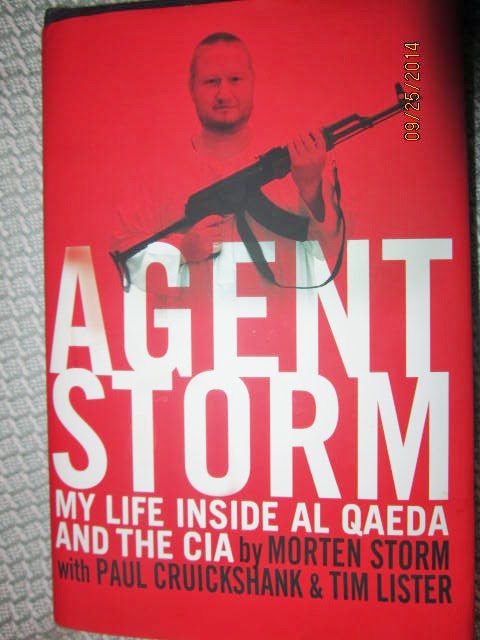 Title: “Agent Storm: My Life Inside Al Qaeda and the CIA”

The Amazon link is here.

The substance of this book was presented as a one-hour documentary on CNN September 16 (and reviewed then on the TV blog).  The title of the film ended with “for the CIA” but the book title says “and the CIA”.  There is a difference.

The details of his life as a double agent, which starts near the halfway point, are labyrinthine.  Particularly interesting are the enormous resources dedicated to encryption and obscure technologies, including a USB thumb drive that downloads an entire computer automatically (although a restore disk should come close to that).  There are arranged marriages and the use of sex for spying purposes.  There are double crosses.  One strong impression is that field work overseas in the CIA is indeed concerned with enemies, and planting people with them.  That’s probably very different, in terms of the temperament of the person needed as an employee, from analytical work, as at Langley.
In the closing chapter and epilogue, Storm, now about 40, describes his life as a spy “in the cold”, with a tenuous exit and severance from Danish intelligence, with British intelligence and the CIA unwilling to help him (it’s unclear if this is because he went too public).  Identity change, even facial surgery that would make him unrecognizable to his own son, was at least proposed.  Throughout most of his adult life he carried on a charade even with his own wife, who was arranged.
But the most important value from the book comes from the story of his radicalization in liberal Denmark, and then his self “de-radicalization”
.
Although we expect European social safety nets to prevent broken families and poverty, they don’t.  In fact, later, Storm had the Danish government partially paying for his Islamic studies.

Morten had started getting into trouble committing petty crime at age 13.  His father, an alcoholic, deserted the family when he was four.  His mother married “flawed men”, he says.  He did not have a decent male role model.  We know that in the US and elsewhere this often leads to crime, regardless of race (Morten is redheaded and very fair skinned).  He would be expelled even from an alternative school, and never be able to finish his education.  He developed street smarts, and headed for a life as a runner for European versions of the Mafia, which definitely exists.

Even right here, there is a “moral” issue.  Particularly in Europe, people with better education and their own personally defined careers tend to have fewer children.  They tend to leave the “responsibility” for a new generation to the poor and the immigrants.  Get into demographic winter if you like.  When I was substitute teaching, I was sometimes confronted with middle school and (a few times) high school kids with this sort of background.  Was I supposed to be able to reach out to them from my perch?  They had no grasp of how to “make it” cognitively in an “individualistic” society based on free will, personal identity, and working in a system where the value of what you do for others can be expressed in a market economy.  They just weren’t in the same space, as me, at least.
One day, Morten, visiting a public library (where “It’s free” as in one of Reid Ewing’s videos) he discovered a book on Islam.  He spent six hours reading about the faith and didn’t want to break away from reading.  Islam seemed to be able to give his chaotic, restless life a purpose.  Other troubled young men in the US who get radicalized and recruited to go overseas to fight report this kind of experience. A common denominator is that they can’t define their own identity with their own efforts in a way normally expected in western culture and encouraged in western high school and college.
What seems particular significant is that Islam presents a sense of group belonging.  One becomes something else, a Muslim.  (The Egyptian Ayman al-Zawahiri would chant “We are Muslims!”)  Then, there is the idea that non-Muslims, or non-believers or apostates (or "infidels") occupied Muslim lands (as during the Persian Gulf War of 1991 and later) and sometimes harmed Muslims.  This automatically, in the ideology of radical Islam, makes all non-believers enemies.  There is a religious duty for jihad, and to wage conflict against all non-believers, both to reclaim non-Muslim lands, but also to avenge deaths of Muslims.  In radical Islam, the death of any non-Muslim civilian can be regarded as payback for the death of a Muslim, and conferring it may become viewed as a religious obligation, on top of the obligation to go out and fight (and offer one’s life) for Muslim “victims”.

This seems a little different from the targeting of civilians by the radical Communist Left, as happened in the 60s and 70s in Communist China and Vietnam (the latter is not as well-known as it should be).  With the radical left, it was more “personal”; the individual members of the bourgeoisie were seen as personally deserving of expropriation and possible “trading places” into peasantry and poverty, often death, or at least “purification”.  The radical Muslim ideas, as notorious as they are (for example, with homophobia) don’t really seem to be as personalized. (OK, we could compare it to North Korea if we wanted.)  I have some personal experience of contact with the radical Left in the early 70s and I know how they think.  Radical Islam (or any religious extremism), communism, and fascism, while all different in some ways, ultimately have better-off “non-belonging” civilians eventually “watching their backs”.

There’s “something else” about a rigid moral system, which radical Islam and totalitarianism promote that become very convenient.  They make it easier to blow off people who don’t “make it” as individuals.  There is no need for discomforting emotion and feeling in a personal sense for the less fortunate, when it costs something.  It can be kept at a safe distance.

Morten’s odyssey in to radical Islam would indeed take him into adventure, as at the primitive “seminary” in the desert at Dammaj, Yemen.  Tempo increased, and he would work on the streets back in Europe to earn money to go fight in Somalia.  His journey to Somalia was cancelled after radicals lost a critical battle at the airport.  Morten soon had a sudden change of mind, after he began to see the logical contradictions within radical Islam and the interpretations of the Koran as taught to him. It’s interesting that, with his level of education, he would be bothered by contradiction, but he says that even this awakening seem to come out of an odd sense of faith, not just intellect.  One point that did not make sense to him was that radical Islam seemed to deny free will, whereas the Koran itself does not.  The idea that non-Muslims were automatically fair game quickly lost credibility, as did the idea that there could be only one religion tolerated on the planet, or even in one geographical region (the “caliphate”).

Of course, logically, it isn’t possible for every religious creed to be literally true at the same time.  What is possible is to put together a personal faith by taking elements out of many faiths (and basic physics or cosmology) and religious writings, to carve out pieces that actually fit together.  But then the authority of one scripture (the Koran, the Torah, or the Bible, or the Book of Mormon) is lost.

The story of the eventual demise of terrorist Anwar al Awlaki, eventually eliminated in the fall of 2011 by a CIA drone, after a couple failed attempts (one of which Storm details), as well as Awlaki’s teen son, is complex (wiki).  What is disturbing is why al-Awlaki (only 40 when he died) became radicalized, after a graduate western education (almost a PhD candidate).   He is said to have been a student of Sayyid Qutb, with the latter’s obsession with “virtue”. Again, such a focus is a convenient deflection from real caring and emotion. 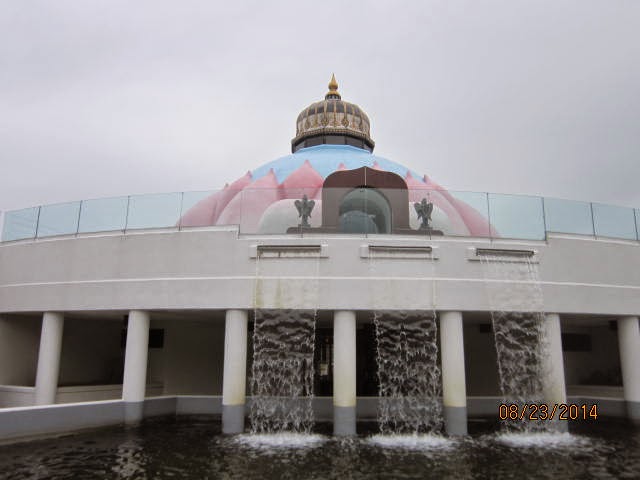