Joseph Ruffini: "When Terror Comes to Main Street": His characterization of the old Al Qaeda sounds more like ISIS today 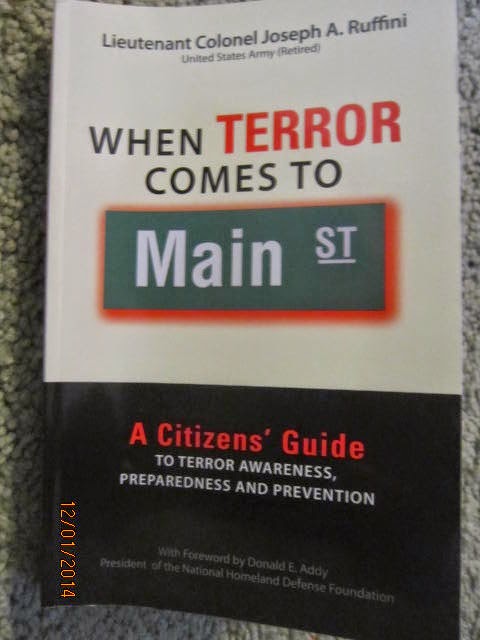 I ordered this book as a counterpoint to the Glenn Greenwald book (Nov. 22).  It certain sounds like it comes “from the right”, and is more than a bit strident.
But before I go much further, I have to say that I had  indulged in the same kind of rhetoric in my DADT II book in 2002, “Do Ask. Do Tell: When Liberty Is Stressed”.  In the Introduction, I had written, “We have a feral, viral enemy that seems diabolical enough to use the opportunities of our own technological society – particularly those related to mobility, communication and self-expression – to destroy our modern world by clandestine and asymmetric attacks from within.”  Chapter 3 of that book has been called “Terrorism, Individualism, Civil Liberties and Libertarianism: Can We Still Talk About a ‘Bill of Rights II’?”.  That chapter had related my own ironic day on 9/11, while living and working in Minneapolis.  A sneak-preview online HTML copy of this chapter had been hacked on April 1, 2002 (April Fools) right in a section where I talked about suitcase nukes.  That isn’t funny.  It hasn’t happened again.

I even spoke about 9/11 at a Unitarian Fellowship near Minneapolis in February 2002. 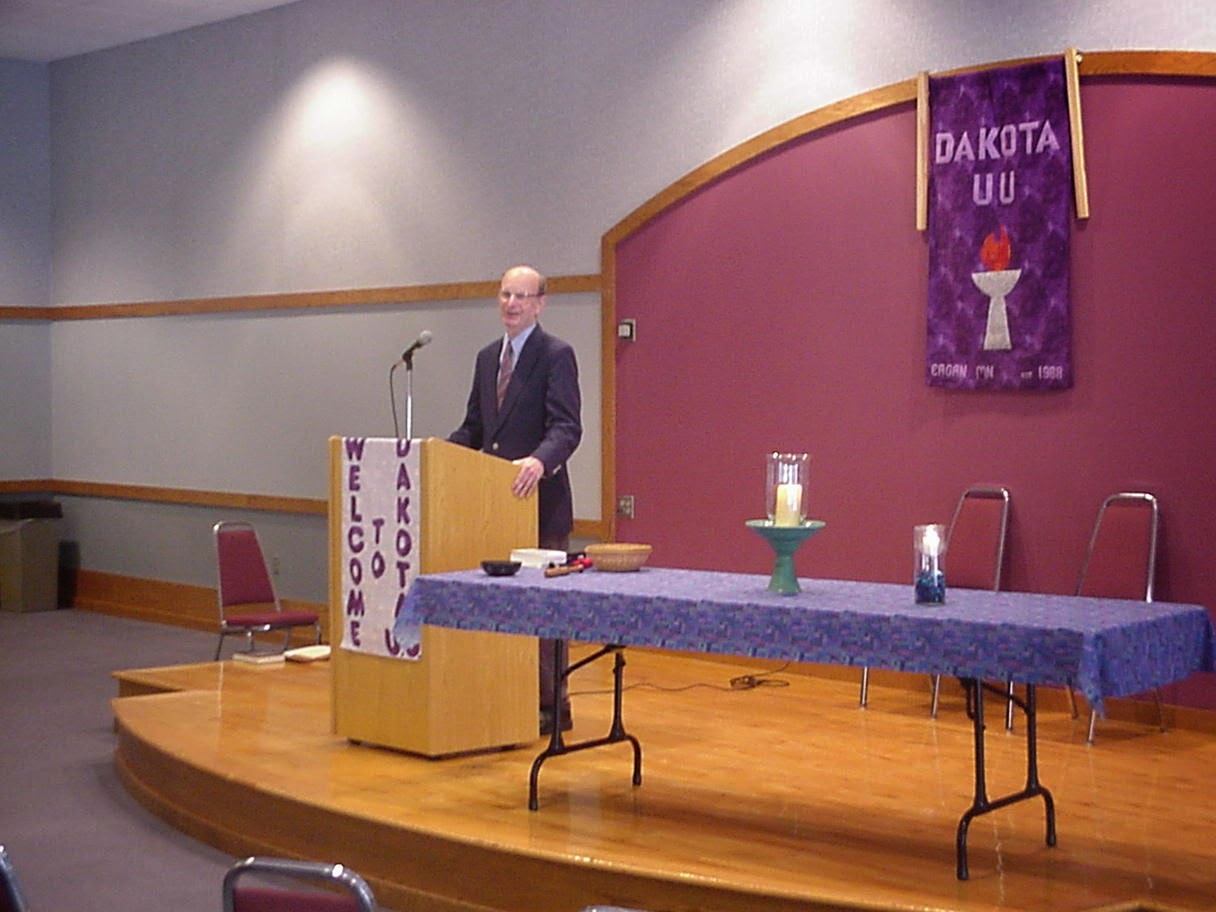 This book predates the public attention to ISIS (or ISIL), the “Islamic State”, and the debate as to hether ISIS really presents a significant threat to western and US homelands, from returning fighters and particularly from disaffected people who might be radicalized into committing “loan wolf” attacks against military members and maybe other celebrities.  Ruffini attributes all of ISIS savagery to the older form of Al Qaeda.  What is new, of course, is how ISIS “leverages” technology and social media, whereas Osama bin Laden’s minions were content to use land runners in the style of ancient Greece.

Ruffini also does put a broader moral perspective.  The people in Islamic countries are often poor with few opportunities.  They see people in the west as self-indulgent and privileged, in a manner analogous to communism.  They resent US policies that have propped up rules for apparently easy access to oil, even though now the US is not as dependent on Middle East oil as it had been in the 1970s. 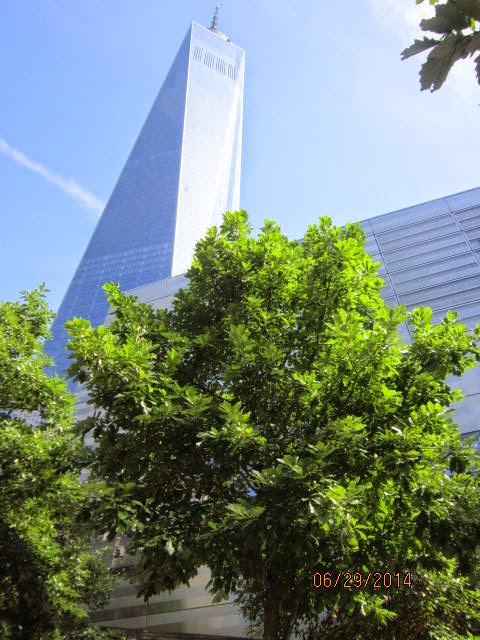 The Foreword by Donald Addy makes it blunt. “They want to eradicate us and our value system. They seek to impose their values on us so that we behave in the way their value system demands of them.”  I’ve said the same thing, in different words, many times, particularly when explaining pre-Stonewall homophobia.  It’s easier to perform in a strict value system if you know that everybody else “has to.”

Ruffini tries to explain how the extreme violence of radical Islam can be tracked back to the life of Muhammad.  What’s apparent is that any tribal society surrounded by enemies probably needs very strict discipline among its individuals in order to survive into the future as a group.

The various briefings give the expected analysis of the shortcomings of our immigration and homeland security policies, including our inadequate screening of cargo and inconsistent TSA policies.

The book is filled with lists, including 17 pages of "bad guy" organizations.  Around page 190, he makes some horrific predictions, including suicide bombers (as in Israel), and a dirty bomb attack (which would make a lot of real estate worthless).  He talks about infrastructure vulnerability, but doesn't get specufucally into the subject of EMP (electromagnetic pulse), as does Michael Maloof (April 13, 2013). But it's clear that Ruffini is most concerned about big attacks (he predicts 10,000 dead in one attack) whereas today the FBI and DHS is most concerned about the simple disaffected loan wolf, recruited online and not needing any direct contact with overseas radical Islam other than through social media, which goes both ways.

In the latter chapters, most conspicuously “We Are All Citizen Soldiers”, Ruffini makes it more personal.  Ordinary people have to get used to living with an enemy, just as the Jews did during WWII (and still do in Israel today). Having a dedicated enemy can mean that someday our "system" may not work anymore for many people, and a lot of us could be suddenly impoverished -- which is what "revolution" sometimes aims for; insurance companies cannot underwrite it.  Radical Islam sees every individual (even civilian) apostate as an "enemy" to the "body of Muslims."   He also goes into the subject of schools protecting themselves from becoming targets of mass terror, even though the book was written before many of the more recent shooting rampages (which have not been Islam-related, though). Schools have indeed adapted lockdown procedures, rather than letter students go home.  This never happened when I worked as a substitute teacher 2004-2007, thankfully.  The 2003 film “Elephant” (Gus Van Sant) sounds relevant.
Ruffini’s main demands of citizen soldiers are reasonable enough: “see something, say something.”  He doesn’t ask to return to the draft, and doesn’t recommend everyone have an arsenal at home.


But in the days after 9/11, there was a lot of talk in the media about “citizen soldiers”.  And Charles Moskos, who had authored “don’t ask don’t tell” with respect to gays in the military, came out for a draft and a repeal of DADT at the same time.
Posted by Bill Boushka at 8:05 PM