"The Tyranny of Silence", by Flemming Rose: Why the Jyllands-Posten Cartoon Controversy matters to almost all western writers (and it's not limited to drawings) 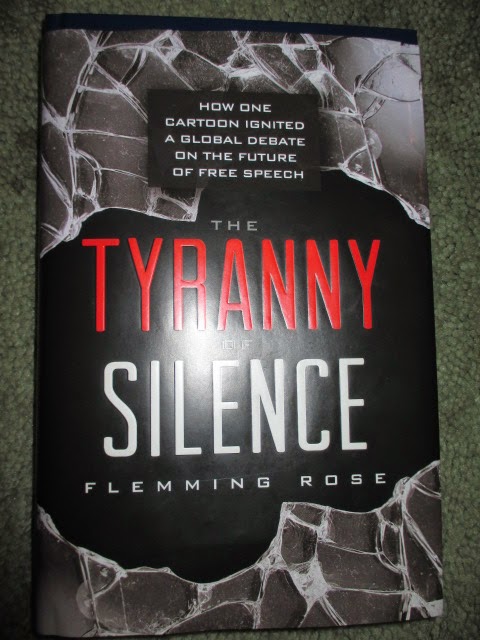 Title: “The Tyranny of Silence: How One Cartoon Ignited a Global Debate on the Future of Free Speech”

Publication: 2014: Cato Institute, Washington DC;  ISBN 978-1-939709-42-4, 240 pages, hardcover (also e-book), ten chapter, endnotes, heavily indexed.
The author is a Danish journalist, author, and has been cultural editor of the newspaper Jyllands-Posten since around 1999.  He was editor when the paper published the controversial cartoon depictions of the prophet Muhammad in 2005, as created by Kurt Westergaard.  The historical details of the Jylands-Posten Cartoon Controversy are well summarized on Wkipedia here. The book was completed and published shortly before the assassination of Charlie Hebdo and other persons at his magazine headquarters in Paris on January 7, 2015, but this was a separate publication which also published cartoon images of the Prophet.  Cato held a forum on the book in November 2014, which I missed (regrettably).
The book covers a tremendous range of interlocking issues about free speech and even about the modern liberal idea of the rule of law, going way beyond just the idea of any possible religious insult from the cartoons.  One central theme is whether people outside a putatively marginalized cultural group have the “right” to publish materials about people in that group.  For me, that is the inverse of the issue I face as a writer: I focus on my own story, whereas real “writers”, so to speak, make a living by writing about characters or people very different from themselves (Stephen King, in the fiction world, for example).  Another theme concerns how freedom of speech meshes with other rights on both individual and group levels.  There is concern over whether there is a right “not to be insulted” (although that plays out differently on individual and group levels.)  There is the idea that “free speech” can marginalize groups in such a way that dictators can then pounce and scapegoat the group (this theory of how Hitler pursued his “Final Solution” is examined). There is also a delineation between western individualistic cultures conflict with “fear-based” hierarchal societies common in history and characterizing totalitarian regimes today.  Rose sees the psychology of extreme communism, fascism, and “radical Islam” (the name I’ll use for now) as fundamentally similar.  Rose also give some understanding of why young men turn to combative ideology as with radical Islam.  Liberal society, with its notion of individualized accomplishment does not work for them, but a world based on the use of force, where they are able to compete socially, does work.  Put all of these ideas together and you get something very grim, and its implications for speech.  Those who criticize a belief system (religious or not), or idolized leadership (think about North Korea, for example), are to be targeted, with such determination that a normal legal system cannot stop it.  A “fear culture”, whether a religious establishment or a rogue state (or a combo of both) can, from abroad, go to war with individual citizens who even criticize it publicly. Indeed, in his endorsement on the dust cover, gay and apatheistic libertarian author  Jonathan Rauch speculates on fear associated even with a “blurb” for the book, and Nat Hentoff characterizes the “self-censorship among individuals and societies confronted by highly combative cultures that allow no criticism of their sacred beliefs.”  And to be honest, even civilized people don't like to see some beliefs overtaken, but civilization keeps us from making too much of other people's business.

Rose, in sum, believes that in civilized countries, with globalization, people have to give up "the right not to be insulted" and the group-think that goes with it, and have to agree mutually on the right to question the religion of another in public.  There are reasons, becoming apparent, why some people feel their own fate is tied to the religious identity to which they belong, however. 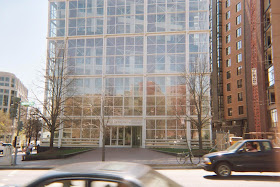 The organization of the book seems a bit like an impromptu in music.  He devotes an early chapter to Maria Gomez, whose husband was killed in the terror attack on a train in Madrid in March 2004 (“Spain’s 9/11”).  He then moves to the story of Kurt Westergaard, who found life, in a practical manner, to become almost unlivable even in Denmark as others couldn’t take the chance of dealing with him.
There follows some general chapters, most notably “Aftershock I and II”, where he expands on the idea that, by making irrational threats, fear-based cultures can shut down public criticism of them.  There follows some comparison to the techniques of the Soviet Union on dissidents and even modern day Russia.  Rose overlooks an opportunity to expand on the point of the 2013 anti-gay propanganda law in Putin’s Russia. 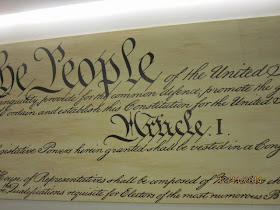 He also (in Aftershock I) glances over the story of Seattle cartoonist Molly Norris, who tried to organize a protest over the controversy in 2010.  The FBI seems to have been shipshod in handling the case, resulting in her living in hiding, as reported, for example, by Fox News right after the Hebdo shooting, here.
But the concern over depictions of Islam go beyond just depictions of the Prophet which, after all, could be compared to concerns over “idol worship” in both Judaism and Christianity (as composer Arnold Schoenberg demonstrated so well with his “Golden Calf” dance music in the opera “Moses and Aaron”).  Otherwise, there would never have been a fatwa against Salman Rushdie for his “Satanic Verses”.  The murder of filmmaker Theo van Gogh in Amsterdam in 2004 illustrates this point (for the film “Submission”.  Co-writer and actress Ayaan Hirsi Ali has often explained how this film connects to the fundamental “vision” of Islam which is so antithetical to individualistic values in the West.
At its worst, tribal culture can be very dangerous indeed, especially when unleashed in an asymmetric world where the individual is equal to a whole company or state. A “normal” western person sees intolerance of the speech of others (and the taking of insult) as a sign of weakness.  (Hence, the public in the US has largely ignored the anti-gay demonstrations of the Westboro Baptist Church, where bloggers may film their demonstrations to see the "protesters" simply make fools of themselves in public spaces.)  A tribal person living under public “fear” accepts humility and weakness as a fact of life, but feels tied to the fate of all other members of the group (like a school of whales beaching together), so no insult to the group can be tolerated.  In that view, only one account of the universe (a particular religious one) can be allowed.  Hence that view must eventually be imposed on everyone, even “civilians” in other countries.  There are no victims in this world, only casualties and sacrifices.  It sounds like the last sentence of the Old Testament.
Bill Boushka at 8:24 PM