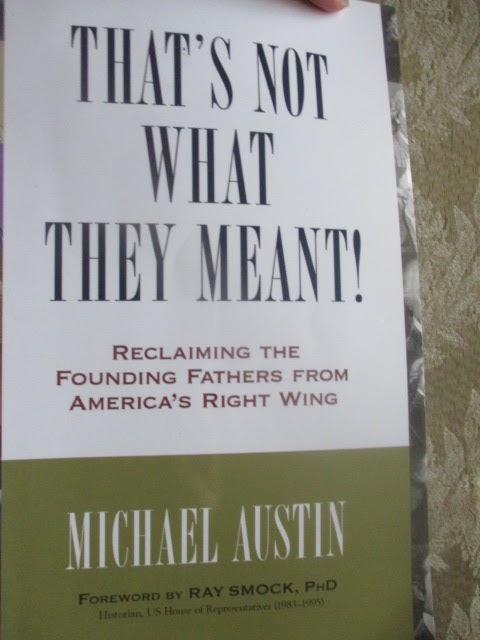 Title: “That’s Not What They Meant: Reclaiming the Founding Fathers from America’s Right Wing”

I bought this book in a physical store, in the Current Affairs section in a back part of the Barnes and Noble Tysons store.

Austin opens the discussion with a  (somewhat complicated and ironic) historical perspective on Federalism, Anti-Federalism, and Repubicanism to Jeffersonianism (and the viewpoints of Alexander Hamilton and Thomas Jefferson).  He then explains the difference between “originalism” (or “textualism”),  and  discerning the “intent” of the authors of the Constitution. 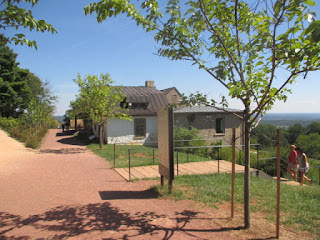 In the nine chapters, he does get into several important moral policy questions as they could be affected by right-wing "originalism".  (Somehow, that reminds me of religious "inerrancy").  One is how to interpret separation of church and state – whether faith is a “collective” right, or merely a personal one (which could include atheism).  If it is collective, there is more background support for a local area’s religious community to pressure those who don’t “believe” the same things to behave according to their norms. (See Gairdner, May 15, 2015).

The author sympathizes with the conservative concerns about illegal immigrants’ having children in the US, but believes the problem has to be addressed in a constitutional way.

He also “poohs” the libertarian idea that if you don’t like the laws created by the social norms of a conservative state (like Texas), just move to a blue one.   Generally, it’s easier to find employment in conservative states (although it may pay less) and the cost of living is usually less.

Later, he considers explicit and implied powers, and discusses the constitutionality of the Federal Reserve, or national bank.  It’s interesting that Southern states didn’t see money as “real wealth”. He does mention the 2011 debt ceiling crisis (and the slight downgrading of the US credit rating), which would be played out again in 2013.  Most “conservatives” who don’t want to raise the ceiling ignore the fact that the ceiling could cause the US to default on its bills.  In fact, the idea that default could harm a lot of people doesn’t seem to bother “them” as they would drive the economy off a cliff to prove an ideological point.

The last chapter in the book concerns the mathematical tautology, that someone has to have the last word. And that’s the Supreme Court. That invokes a lot of material on Marbury v. Madison.  Jefferson didn’t think that the Constitution should apply “within the state”.

Austin maintains that the founding fathers knew well that you have to distinguish “individual” from “organizational” behavior, a big point for me personally. 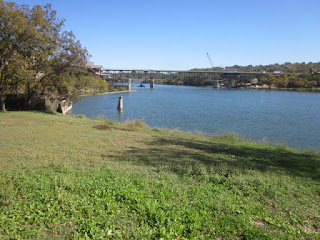 Now, we come to a recent matter that seems related.  Republican Texas Governor Ted Abbott calls for a constitutional convention for several amendments, in a document published online by the Texas Tribune, “Restoring the Rule of Law with States Leading the Way”, 92 pages.

Charlotte Rampling discusses this “modest proposal” Jan. 15 in the Washington Post, “Tea Partyers love the Constitution so much – they want to blow it up.”

Abbott wants to require a 7-2 Supreme Court super-majority to overturn democratic laws, to have no power over laws within one state (how about Texas’s old 21.06).  He also wants to allow two thirds of the states to override a Supreme Court opinion.

My own first "Do Ask, Do Tell" book had proposed two constitutional amendments in the last chapter.