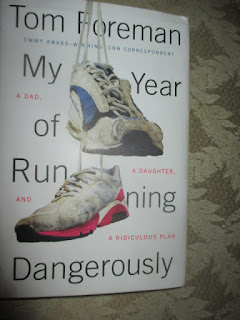 Title: “My Year of Running Dangerously”

Subtitle: “A Dad, a Daughter, and a Ridiculous Plan”

I bought this book at the NBC4 Washington Health Fair and met the author, who autographed the copy, on January 10. I discussed the meeting and the mini book fair here Jan. 10. So now, just the book.

So he goes for a light touch, and writes about his misadventures when his 18-year-old daughter Ronnie asks, how would he like to train with her for a marathon, 16 weeks away.  Foreman was 51 then (in 2011), and had not run one since he was 21.  In fact, the book offers a striking BW picture of him at that younger age on p. 112. 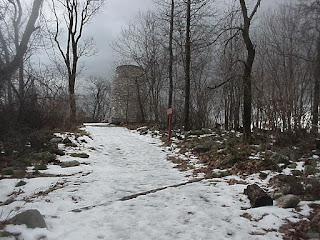 He would wind up running four half-marathons and three full marathons (including the Marine Corps), and the Stone Mill 50 miler in Maryland between Washington and Frederick.  He would become an “ultra runner”.  He and his daughter would train every morning three hours before breakfast and before his full day of work (sometimes cut short by work).  That meant getting up at 4:30 AM, like the Army (or maybe as in a surgeon's life.) Foreman gives many accounts of the physical dangers, injuries and hardships ultra-runners face.

He also gives a history of running back to ancient Greece, and describes some extreme races around the world, some in very high altitudes.

Foreman also describes working at CNN, particularly with Wolf Blitzer, who calls other journalists by their full names.

The New York Times describes conditions and required preparations for an extreme cross country race in the Arrowhead country of Minnesota, here.
Posted by Bill Boushka at 7:20 PM