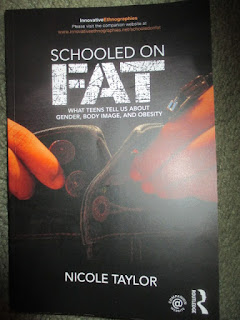 Title: “Schooled on Fat: What Teens Tell Us About Gender, Body Image, and Obesity”

Publisher site  in the “Innovative Ethnographies” series.  The books was sent to me as complementary for review.

The author conducted her study at a high school near Tucson, AZ;  She and her husband also work as (or have worked as) high school English teachers in Texas.

It is no surprise that teenagers have body image issues.  Girls, at first, seem more affected than most boys; but in time boys become concerned about who is the strongest and most competitive (although the issue of looks can vary a lot). And boys may wonder why, at first, and ironically, they aren't "allowed" to think about the vanity of body image the way girls do.  Many boys still are intimidated by athletic girls.  The book has many scripted interviews demonstrating the various attitudes.

It isn’t hard to speculate on reasons for the focus on appearance, which may have gotten more marked since my own high school days.  Especially in the era of social media, kids see the social world as competitive, and it is important to prevail to have a legitimate place in the world.  And kids may see those with weight or fitness problems as morally deficient and deserving to be dominated.

Over time, in higher income communities, views have improved somewhat, as geeks and nerds are useful and  appreciated in many (but not all) communities.

The authors also talk about diet, and the rather poor quality of school lunches, as well as availability of processed, fast food, as undermining teen diets.  The handling of physical education, and whether it should focus more on fitness goals rather than teaching sports, has become controversial.  In some districts, for example, swimming is required now;  it was not when I was growing up. 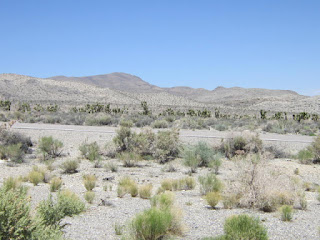 I worked as a substitute teacher in the middle 2000’s in northern Virginia myself.  To be honest, obesity seemed to be a bigger problem in minority, especially Latino populations, and in females more than males.  Genetics may play a role;  native populations lived on what they could hunt and catch before being settled by Europeans (which explains diabetes in native populations).  I didn’t really see a lot of focus on the most competitive aspects of some sports (for example leg shaving for competitive swimming) very much.

Generally, fitness does help with academic performance.  Individual sports like track that emphasize aerobic fitness seem to be beneficial.  And today, given the latest research on concussions (not covered in the book), we have to wonder about football (maybe some other activities, like boxing, required in some military schools) and overall student performance and well being.

I can recall, even when I grew up in the 1950s, that women were much more concerned about appearance than men.  But my own father would make snide or snarky remarks at home about people he had seen, like “pot belly, no ambition”, as if to convey a moral judgment.   (I would say, "hanging over the belt", as if to invite "that machete", no joke today but sometimes said in the 1970s when you could "talk about fat", other people's, that is.) It was a popular belief in the 60s and 70s that it was expected for young men to gain weight after they got married;  not so much the case today, with the commercialization of fitness (which took off in the 1970s).

I think that gay men, in their twenties and thirties, are probably slightly less likely to have obesity issues, because of additional cultural pressures (“body fascism”).  Go to any gay disco, and the slender build is obviously in fashion, and (to borrow a term from my own Army barracks in 1969), “desirable”.

The book barely mentions eating disorders like anorexia or bulimia, or emotional prob lems like body dysmorphia (in “attractive” people).