"Time" publishes a survey of the 2016 candidates, "The New Revolutionaries" 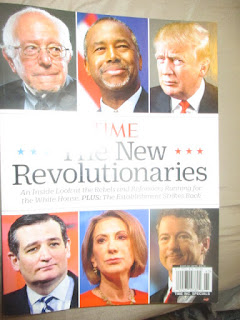 Time has a supermarket gloss booklet, “The New Revolutionaries” with subtitle “An Inside Look at the Rebels and Reformers Running for the White House” plus “The Establishment Strikes Back”, edited by Nancy Gibbs. The book includes candidates who have dropped out of the race. Each candidate gets a QA page. ,

There is a History page of Third Party Mavericks, from James Birney through Gus Hall, Lyndon LaRouche, Ralph Nader, and H. Ross Perot. But where was Harry Browne of the Libertarian Party, or Jesse Ventura, of the Reform Party and actually an independent governor of Minnesota while I lived there.

With Trump, well, we all know about his reckless statements.  Yes, I’m concerned about his promise to commit war crimes, and I’m concerned about his authoritarian manner, which could be a real problem in the Internet.  But his behavior on “The Apprentice” suggests he may be better on gay issues than expected, and better on health care. Omarosa won’t be his running mate, but I wonder about Troy McClain. (Taking one for the team, even your legs, could pay off.)

Carson’s gentle manner is disarming, as there is some poison in his statements (homosexuality as a choice, and aggression in vigilante action with guns) and his naïve faith.

Cruz sounds scary, but he may be more libertarian than we think.  He has no clue on what to replace Obamacare with, and I don’t think he cares. 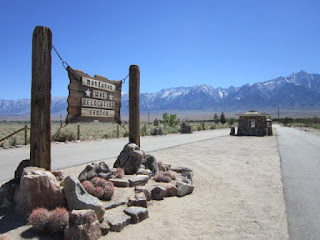 I liked the idea of a Silicon Valley executive running for president.  Fiorina might have been good for the country.  Mark Zuckerberg will be old enough to run in 2020. Investment guru Peter Thiel is ideal (quite libertarian), but was born in Germany.

Rand Paul is respected for his libertarian leanings (“Get a warrant”), although his father seems to be following the ideas of Porter Stansberry.  Mike Huckabee is a little scary.  The Koch Brothers can defend themselves.

Bernie Sanders is too socialistic, and promises things without any idea how to pay for them (soaking the rich doesn’t raise enough money).  Elizabeth Warren is interesting and has a lot to say about inequality, reminding me of Barbara Ehrenreich.

Hillary Clinton, of all the candidates, fits the idea of becoming “progressively less bad”.

“Little Rubio” doesn’t show up for work enough (Trump), but looks wonderful on stage.  He probably would be moderate.  I admire someone who is the son of two undocumented immigrants able to become a US Senator.  But on p. 86,  a family picture betrays a pot belly (last review), maybe now gone. So that’s what marriage does to a lot of “men”.

Jeb Bush has dirty (unclean) hands from the housing scandal in Florida contributing to the 2008 collapse.  But Kasich (Ohio) sounds pragmatic and reasonable.

Could an openly gay candidate run for president?  How about Tim Cook?  Anderson Cooper?  Lance Bass, just barely old enough, could be interesting (he talks on Meredith like somebody contemplating running for something).  Too bad we don’t have Rosie O’Donnell in the race against Trump.