My own books: Barnes and Noble availability 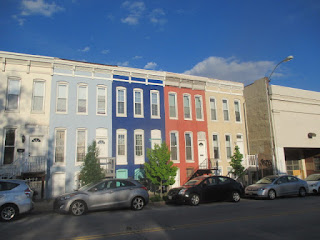 I did receive an official letter from Barnes and Noble and “Nook” today, thanking me for submitting my three “Do Ask, Do Tell” titles as a “small press”.

The titles are stocked with Lightning Source (a division of Ingram Books). That means the books can be ordered through the stores in a conventional fashion.  I won’t deny that many consumers find online sources (either Amazon or the Barnes and Noble site, and on Kindle and Nook) easier today;  ordering at physical stores will still common twenty years ago (remember when we even had Borders?)

However, Barnes and Noble says that the buyers are not advance-stocking copies of the book in stores at this time.

I have visited multiple Barnes and Noble and independent stores over the past months.  I’ve noticed that, curiously, the independent stores tend to like to stock non-fiction that has long-term recognition in the academic world (often with religious affiliation or spirituality, when it comes to philosophy, or more like specific historical narratives when it comes to current affairs. The Barnes and Noble current affairs counters seem more likely to stock books on specific social issues that seem controversial and partisan (including “gay rights”).  These observations give some guidance as to what booksellers think they can sell, and the type of store (chain or independent) does seem to matter.

Posted by Bill Boushka at 8:47 PM No comments:

What kind of non-fiction sells in independent bookstores? A quick check today; I'm surprised by what I was willing to pay for 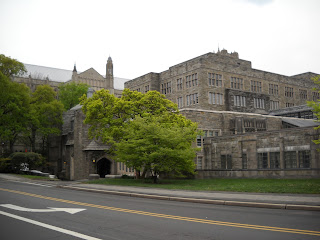 Today, a couple of little items, and then an announcement of sorts.

I’ve written here before of my own experiences reading Ayn Rand’s biggest novels, “The Fountainhead” and “Atlas Shrugged” while in the Army. Today, the New York Times offers a long story by Patricia Cohen, in Business Day, about an entrepreneur, Carl Barney, a dedicated disciple of Rand’s values, who runs some for-profit universities in western states, and then converted them to non-profit.

The article goes into the whole ethical dilemma around student debt, as many students in schools like this don’t graduate and still carry the debt. The media is filled with television ads for these schools, often showing military people or law enforcement personnel opening up their laptops to do their homework for courses in these schools  (in the DC area, some schools have the name “military” in them).  The instructors have “been there, done that”.  This all sounds like an odd application of Rand’s ideas.

Here’s another tidbit.  Andrew Sullivan has a big article in “New York” about “Donald Trump
(how many times do we have to say his name?) “Democracies end, when they are too democratic”  and “right now, America is a breeding ground for tyranny”.  Sullivan manages to do his own book review of Eric Hoffer’s 1951 classic “The True Believer: Thoughts on the Nature of Mass Movements” which I had reviewed here March 6, 2016 (and which we discussed in a book club in Arlington that month).  Sullivan says that mass movement thinking starts during periods of public “frustration”, but usually several years after the worst of a crisis (like 2008) when things haven’t gotten that much better for working class average joes (now).  The thinking can shift into justification of violence and expropriation, as the system is seemed to be vacuous and morally meaningless.

I bought the mag at Kammerbooks on Dupont Circle, after going to a concert which I’ll review soon on Wordpress.  I also bought a philosophy book, a paperback that seemed overpriced but is probably a university text, “The Ethics of Identity”, by Kwame Anthony Appiah, from Princeton University Press, by a philosophy professor at the university.

The subject matter seems like the same as my “Do Ask, Do Tell” books, but without any personal life narrative, just stripped to abstraction.

Kammerbooks is one of the independent stores on my list for my independent bookstores pitch from XLibris for my own books.  I did not see a copy there, although I could have missed it, or it could have been purchased or returned.  I did notice, however, what kinds of books are stocked in stores like this.  For non-fiction, it’s well established “classics” known to the academic communities of the several universities nearby in Washington DC.  The books are not necessarily “popular” on the street, but they do sell in academic, spiritual, New Age, religious, or other specific cultural circles.  Most of them were paper.  In the “philosophy” a number of them dealt with religion in some specific aspect (like a treatise on Gnosticism).  Many of the books were not that recent.  That gives a clue as to what actually “sells” in actual physical bookstores.  I actually didn’t see that much on culture wars.

In the future, I expect my reviews to be placed on a new Wordpress blog, as explained today on my Movies Blog.

Posted by Bill Boushka at 7:58 PM No comments: