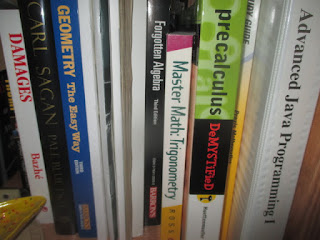 Textbook prices were a racket even when I was an undergraduate and then a graduate student in the 1960s.  But more recently there has been a push to use open-source materials, peer-reviewed, as ourse textbooks, as the Washington Post reported on June 26

An important player is OpenStax, which produces free texts.

It’s pretty hard to contemplate how this works with some bukwark courses like, well, organic chemistry.  I remember Fieser, and also a separate lab textbook, perfunctory enough, "Laboratory Practices in Organic Chemistry".  A lot was known in 1963, 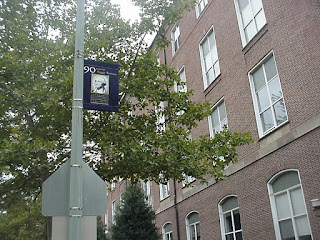 Posted by Bill Boushka at 9:40 AM No comments: 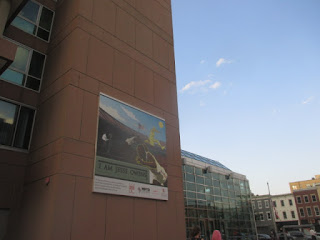 The DC Center for the LGBT Community will sponsor the Outwrite LGBT Book Festival Friday-Sunday August 5-7 2016 in Washington DC.  Details are at this website .

I was at a volunteer meeting tonight and there is still room for some authors as exhibitors, as well as a need for some more volunteers.

I did enter to become an exhibitor to show the three books in my “Do As, Do Tell” series and speak briefly on Saturday, August 6.

Posted by Bill Boushka at 7:10 PM No comments: 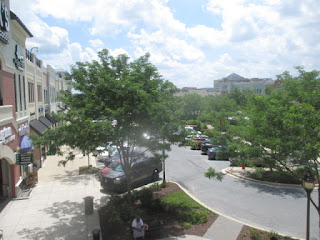 Surprisingly, and disturbingly, we learn that the “shooter”, Gavin Long, of several police officers, killing at least three, in Baton Rouge LA early Sunday, July 17, 2016, (story ) had created a book series on Amazon under the pen name Cosmo Setepenra.  As of right now, the self-published series is still available on Amazon, pretty much informally trademarked as “Cosmo”, with the most recent book being titled “The Cosmo Way: A W(H)olistic Guide for the Total Transformation of Melanated People, Vol. 1, the Detox”,  The self-help cure had allegedly included weight loss.

Amazon Prime subscribers can read for free on Kindle as of (1:30 PM 7/18 EDT) now (link removed -- see below). There are a few YouTube videos of his speaking and "promoting" his work.

Actually, this 8:44-long video is rather disturbing to listen to. At about 3:00 he starts talking that going to demonstrations isn't enough, he says people have to fight back. He says that the "establishment" only listens to blood and money (or words to that effect).  He also says that in tribal Africa, women will kill men who come back to villages failing to dispense with enemies.  He also says (at the beginning) that there is a disconnect between white people (European) fighting off the British as their oppressors (during the Revolutionary War) and black people fighting off slavery and discrimination later -- he starts out this way at the beginning of the video, and maybe that makes some sense!

It’s hard to say how long this book entry is likely to stay up.  Amazon has taken down items before when there was public outrage (as with a series in the past advocating pedophilia, as exposed on AC360).

It’s curious that this appears to the a “self-help” series very predicated on racial identification, rather than a "manifesto" from on-high. 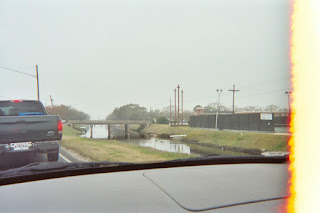 Well, it looks like it has been taken down, just about the time of the posting. Coincidence? Caching? Proof of life? 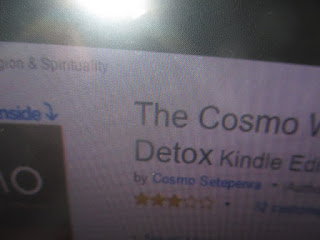 ABC affiliate WJLA did play about 20 seconds of the video today at 5 PM news (I had emailed the link to them).

CNN reports that a "manifesto" by Long may have surfaced.


Reminder: Since mid May 2016, most new book reviews have gone to a new Wordpress review site, URL.
Posted by Bill Boushka at 10:37 AM No comments: 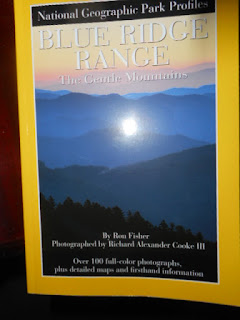 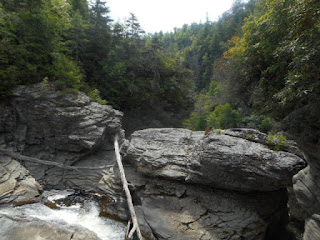 The value of the book for its professional photographs, of unusual attractions from Georgia up to Harpers Ferry, is obvious.

The highest peaks of the Blue Ridge tend to occur in the southern part, from SW Virginia through much of North Carolina.  Grandfather Mountain (at 5960) is the highest “front peak” (it’s debatable whether Mount Mitchell is really in the Blue Ridge  The higher peaks region is announced by a “Blue Ridge Plateau” above the Piedmont, an escarpment that includes areas like the famous Brown Mountain in NC with its lights (which are probably the result of the chemistry of quartz and certain other minerals in the presence of leaves and water).  In North Carolina, the Blue Ridge offers some unusual rock spires and formations (like Table Rock).  The winter climate in the higher peaks region is sometimes harsh, with stiff winds and deep snows in wind-exposed areas over 3500 feet (although not as harsh as Mount Washington in NH).

The Eastern Continental Divide runs through some of the Blue Ridge around Blowing Rock NC, before jutting west, finally to run along Allegheny Mountain in SW Virginia. 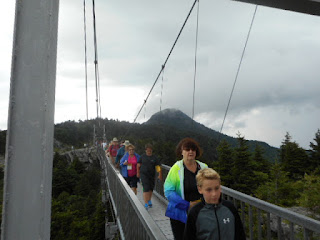 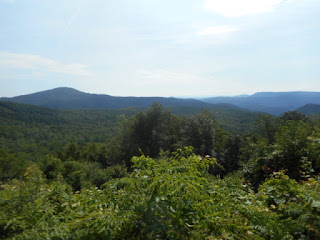 Posted by Bill Boushka at 9:23 AM No comments: