"Interstellar: The Science and Secrets of Solar Systems", from NatGeo, could show more extrasolar planets 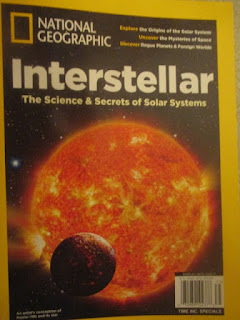 “Interstellar”, besides being the name of a 2014 Christopher Nolan movie, is now the title of a glossy coffee table booklet, "Interstellar: The Science and Secrets of Solar Systems", by Patricia S. Daniels, for National Geographic and Times Books, 112 large pages.

The booklet comprises five chapters: “Children of the Sun”, “Rocky Worlds”, “Ringed World”, “Small Worlds”, and “Foreign Worlds.”   The material on the Sun warns us that the average Earth temperature will rise normally to 110 F in half a billion years because the Sun slowly brightens, dwarfing global warming.  And Earth probably faces an extinction-causing asteroid hit every few million years, and will need to develop the technology to deflect them. 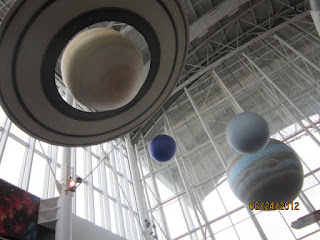 Rocky Worlds has a spectacular mural of the volcanic surface of Venus, and says that it is very likely briny water can flow on Mars today.  The ringed worlds gives some attention to Jupiter satellites Europa and Ganymede, and thinks it is likely that some sort of life could evolve in them similar to ocean life near volcanic vents on Earth. It does not pay much attention to Titan, which has real geography.

It does give a lot of attention to Pluto and Charon and small planets beyond, in the Oort cloud, which extends almost half way to Alpha Centauri.  The section on extrasolar planets is a little disappointing.

National Geographic has a several-part “Life Beyond Earth” series free on YouTube, which is well worth investigating further.