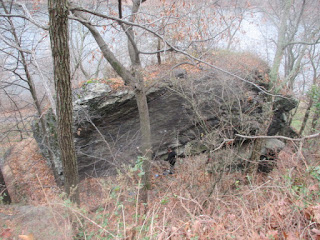 This isn’t a whole book, but it probably deserves to become one (like for a high school English class book report).  That is, the Vanity Fair "Hive" article (Holiday, 2016/2017) by David Margolcik, “V.C. for Vendetta”, a title based on the 2006 WB movie (“V for Vendetta” about an overthrow of a future dystopian British state).  The alternate title on line is "Nick Denton, Peter Thiel, and the Plot to Murder Gawker".

But this is about the odd legal battel between two similar personalities:  Peter Thiel, and Nick Denton.  Thiel helped bankroll (Terry Gene Bollea) Hulk Hogan’s lawsuit against Gawker, which has now driven Gawker under, more or less.   I had covered this in some detail on my May 26, 2016 posting on the “BillBoushka” blog.   The magazine cover asks “what does Peter Thiel really want?” without telling.

The site is still there, as a blog, that ends with the shutdown of Aug 2016.

Both Denton and Thiel are gay, and both are libertarians.  So this sounds like the bitter battle between the GOP last spring.  Thiel could have been disturbed by Denton’s “outing” him in 2007; even then, things weren’t quite as open as they would get under Obama.  Or Thiel might not have liked the coverage of the straight-white-Asian-male world of Silicon Valley.

The article gets into the subject of crushes on straight men (a subject of filmmaker Jorge Ameer).

But Thiel  (who spoke at Trump’s convention as a proud gay man worried about bigger problems than bathroom bills in North Carolina) has a possibly critical contribution to make to the new Trump world.  He gives scholarships to entrepreneurs to skip college (which he sees as a scam to create student debt).  One of these went to Taylor Wilson, now 22, who built a fusion reactor at 14 and whose ideas could save the power grid from solar storms or terrorists some day.  However determined Trump may be to save jobs for coal miners in his base and help oil industry profits (which have helped me), Trump needs to listen to Thiel and Wilson, if he doesn’t want an enemy to make America small again. (See Clynes book review Dec. 14, 2015).

I noticed recently that former GLIL (Gays and Lesbians for Individual Liberty, quite active in the 1990s) president Rick Sincere has a book review blog (he talks about Jimmy Fallon and ought to track Jimmy Kimmel too).  A posting in 2014, mentions a book by Stephen Snyder-Hill, “Soldier of Change: From the Closet to the Forefront of the Gay Rights Movement”, Potomac Books.  I immediately ordered the paperback.  Apparently it covers the war in Iraq during the last days of “Don’t Ask, Don’t Tell”;  some may be concerned about the conclusiveness of the repeal because of proposed Defense Secretary Mattis’s comments in his “Warriors and Civilians”.  I’ll review  Hill on my Wordpress blog soon.