"Unprecedented" The Election that Changed Everything", from CNN 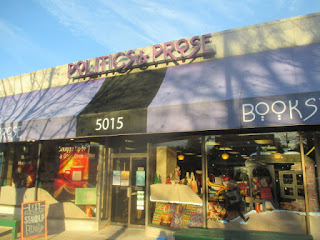 Today, I walked in on Politics and Prose (on a visit to the Comet Ping Pong Pizzeria) just in time for a CNN panel on the new coffee table book by Thomas Lake, edited by Jodi Enda, with a Foreword by Jake Tapper, and an Introduction by Douglas Brinkley.  The full title is “Unprecedented: The Election that Changed Everything”. The book came out less than 30 days after Trump's upset electoral win, which CNN called at 2:48 AM EST Nov. 9. 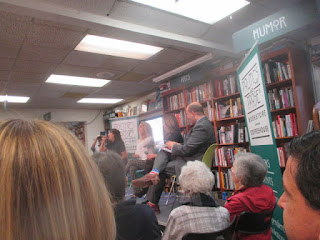 The last chapter does a number on Obama’s “Yes I can” by retorting, “You can’t vote for a man who boasts about sexually assaulting women” and who has his finger on an imaginary red button.

On p. 259, the book blames the result on the erosion of the supremacy of straight white men, to identity politics, with advances for so many groups, whereas old-fashioned men who have kids, and work for a living stay in place or lose out, yes, as their jobs are sent overseas.

The earlier chapters also explore the implosion of the GOP, and the inability of conventional candidates to hold off Trump because of their “common decency.”

Trump is characterized as vulgar and secular, and not a social conservative.

Amazon sells it for $26, but this local bookstore was charging full list price of $40, although membership discounts are possible.  This reminds me of the days when some people paid list price for records and I didn’t.