Frum's book-length "How to Build an Autocracy" runs in Atlantic 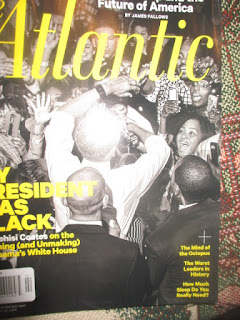 David Frum’s article “How to Build an Autocracy”, booklet length, from the March 2017 Atlantic, is online now, here. Frum prefers the term "kleptocracy" to "oligarchy". 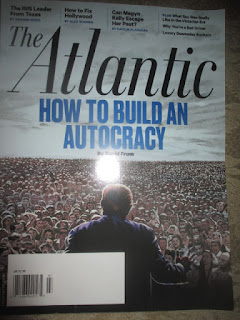 It looks insidious, like “it won’t be so bad, or will it?”  The country will survive, as well as most of familiar online life.  But Trump will go after The Washington Post, which Jeff Bezos will sell to eastern European interests, and it will degenerate into a local paper about consumerism.

It seems that Trump actually will prefer amateur media (like mine) than gets picked up in “Bubbles” news feeds (no honor to Michael Jackson).

Shadowproof, in an essay by Kevim Godztola, weighs in on David Frum's unwillingness to respect mass movements in another piece, "David Frum is definitely not the right person to give advice on 'effective protest'".

The cover for January-February has a shorter piece, “Donald Trump and the Future of America” by James Fallows, which also blames Mark Zuckerberg and his news aggregation for “stupid people” for Trump’s unintended win.  He probably agreed with Hillary Clinton’s idea of deplorables.

Then Peter Beinart writes about “Glenn Beck’s Regrets”.  Beck believes that we sometimes have to pay for our mistakes.  The article traces Beck’s conversion to Mormonism.

Atlantic came out with the print version of Frum (pun).  Jonathan Rauch has a piece "Containing Trump", who discusses the work of Yascha Mounk and his group "After Trump".

And Gaeme Wood writes "American Jihadist", about Texas-born John Gerogelas, now a leader of ISIS, tracing how a left-brained engineer with some physical difficulties in childhood gets drawn to a certain kind of rigid religious extremism.