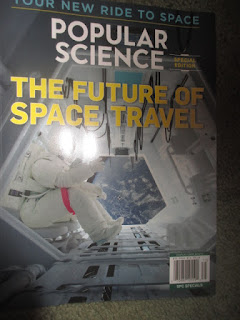 There are many short illustrated articles in 5 parts, “Places We’re Going”, “How We’ll Get There”, “How We’ll Survive There”, “Other Tools of Exploration.”.

There is a wide variety of interesting information. One fact is that Proxima Centauri, in a 3-star system that is the closest to the Earth, may have a rocky planet in the “GoldiLocks” zone. The shortest time that it is technologically possible to send a robotic probe on a photon light sail with laser accelerator would be about 20 years, which means it would take 24 years to get the photos and information back as to what the planet looks like.  It is about 8000 times as far to this star system as it is to Pluto.

The other most interesting section is “The Everyday Life of an Astronaut”.  This would be very important for a voyage to Mars, for example.  It raises questions as to who would go:  what about childless or single people?  The long exposure to zero gravity is bound to cause physical deterioration, so this is not a place for pretty preppies.  Essential body functions are different.  You bathe with soap that does not have to be rinse off but stays on the skin to disintegrate. Without gravity, it is hard for your body to sense when it needs to urinate.

Posted by Bill Boushka at 11:53 AM No comments:

Remembering Ayn Rand's "The Fountainhead": At age 24 I loved it, a lot of people hate it 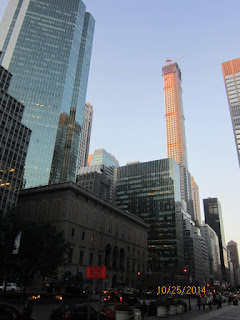 Here’s a curious article by Pamela Paul from the New York Times Review on Sunday, April 16, “The Joy of Hate Reading”, or, online, “Why you should read books you hate”   Sounds like good material for a monthly book club. 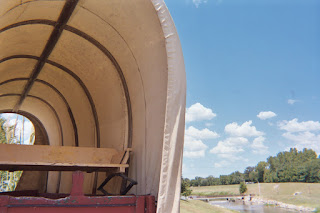 Paul describes her experience reading Ayn Rand’s “The Fountainhead”(1943, the year of my birth), which became a film in 1950. I remember reading it in the fall of 1967 (the Signet paperback), my last semester of graduate school at the University of Kansas, before entering the Army in 1968.  My roommate, from a town near the Colorado border named Tribune, was a fan of Rand and objectivism, and students had an objectivism discussion group that met in the cafeteria of McCollum Hall (now torn down and replaced).

I remember Dominque, Howard Roark, and the suave but conventional Peter Keating.  I remember the climax, where the hero blows up his own building out of contempt for being made to misuse his property.

I would read “Atlas Shrugged” two years later, while at Fort Eustis VA while in the Army.

Posted by Bill Boushka at 4:05 PM No comments: 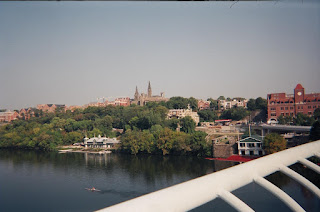 Harry Holzer, of the McCourt School of Public Policy at Georgetown University in Washington DC, has offered a position paper through “Progressive Policy”, “Building a New Middle Class in the Knowledge Economy”, a PDF with this link (34 pages).

Holzer picks up on Donald Trump’s exploitation of the disenchantment of some groups, especially older white males without college degrees, with the job market and their earnings ability.

He notes that the stability of jobs with regimentation but narrow skill sets has become less, as has the pay, not only because of foreign offshoring, but because of technology and automation. He says that families need incomes of at least $50000 a year to be middle class (possibly $40000 for smaller families) and notes the difficulties of single parents.

The most effective measure would be to improve trade or vocational education opportunities at the community college level, especially in smaller communities or rural areas.  He also mentions the value of paid family leave.

What I noticed after my forced “retirement” at the end of 2001 was the tendency for companies to resort to hucksterism to create jobs, and for the employment outplacement services and policy makers not to notice that this was happening so much. This has led to a culture clash:  aggressive attitudes in some communities about preserving telemarketing and door-to-door sales, versus resistance from consumers who see accelerating security problems. We need more manufacturing jobs to reverse this trend toward hucksterism.

"Jesus and the Apostles: The Rise of Christianity" from NatGeo 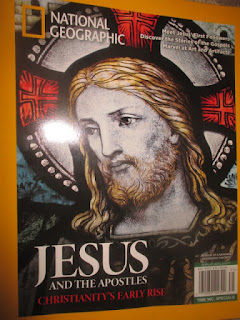 National Geographic has an Easter season special issue (in supermarkets) for coffee tables, “Jesus and the Apostles: Christianity’s Early Rise”, 128 pages. This booklet succeeds "The Story of Jesus" from NatGeo, March 29, 2016 here.

The editor, Chris Johns, the Chief Content Officer of the National Geographic Society, opens with “A Matter of Faith”, starts out by saying “Faith … is a firm belief in something for which there is no proof”.

There follows a keynote essay (p. 28) by Don Belt, “Life in the Time of Jesus”.  One of the remarkable points made by the essay is the rampant lawlessness of ordinary life in the country.  That would continue past Roman times into Europe and contribute to a medieval system of feudalism.  There was a lot of vigilantism and populism in the desire to resist external Roman rule by various Jewish sects.

All of this is carried much further in the recent film on PBS, (“Last Days of Jesus” ) which brings up the role of Roman deputy Sejanus, kept out of the Gospels out of political repression, not covered in this booklet.

Another essay, “Taking the Stage” (p. 40) makes the point (as did the film) that it is not completely clear if Jesus saw himself as a Messiah (despite the Temptation), at least until his baptism by John the Baptist and his ministry, which frankly advocated communalism and distributed consciousness.  There are the Miracles (rather like a young Clark Kent’s powers), and a Jesus imploring others to stand by their feelings for him and “believe”, indeed a moral paradox of upward affiliation.  But this was an era when people thought the end of time could come soon.  Did it make sense to have children?

When Jesus took on the money changers, it’s interesting, as the film points out, that the authorities didn’t resist much.

“The Gospels” looks at the three synoptics and questions whether there is a common hidden source “Q”.

The booklet looks at both the Gospel of Judas and later the Gospel According to Thomas, “The Secret Sayings” (of Doubting Thomas).   Could Judas’s have been a forgery?  The booklet does take up a little bit the controversy of “Judas Kiss”, and the 2011 gay sci-fi film of that name may have more to do with that then critics recognize.

The booklet goes on to enlarge the disciples into the Apostles, and account for the formal creation of Christianity by Emperor Constantine by the Council of Nicaea in AD 325.

Posted by Bill Boushka at 11:14 AM No comments: 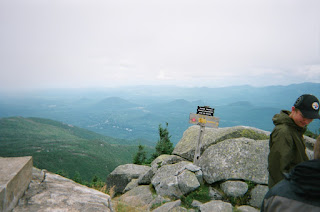 I do remember reading the paperback of Irwin Shaw’s “Rich Man, Poor Man”, 1969, Delacorte, while in the Army.  The novel was a large -sized family drama moving around the world, about an upstate New York Family, the Jordache’s, whose two sons Rudolph and Thomas, who turn out so differently. While on one level the novel concerns the “rich and poor”, it also emphasizes that the social and personal connections of wealth and poverty tend to be self-reinforcing. The novel is considered remarkable in literary circles because of the way if manipulates the “omniscient observer” concept of third person narration.

The  novel became a TV miniseries in 1976 on ABC with Peter Strauss and Nick Nolte playing the two brothers.

An article by Michelle Singletary in the Washington Post Sunday, April 2, alluded to the novel as she wrote about people who have it all losing it, partly through trying to coast too soon into retirement.  The article is titled “From privilege to poverty” about Pulitzer Prize author William McPherson, author of “Falling” (2014), who died last week at 84. The online title of the article is more brazen, “The next face of poverty could be yours”.

I’d also look at Robert Samuelson’s column this morning, “Is the American dream killing us?”