Popular Science: "Are We Alone: Searching for Life in Space" 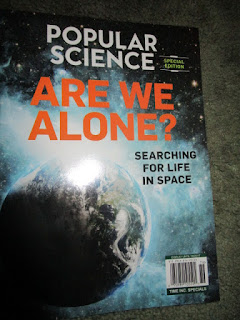 Popular Science (part of Time) is offering a supermarket glossy booklet “Are We Alone? Searching for Life in Space”. 96 pages.

There are some highlights not seen before in other booklets like this.  One is an examination of the seven earth-like planets around the Trappist M-star 39 light years away, with planet E having the best chance for Earth-like temperatures, and an artist’s rendition of the surface of a moderately cold Planet F.

There is some discussion of the earth-like planet around Proxima B. an M-star and the closest to Earth at 4.2 light years.

There is a lot of attention to Europa and its subsurface ocean and likelihood of life, as well as Encedalus.  But Titan gets mentioned only in passing with the possibility of silicon-and-methane based life.  Ironically, my own Science Honor Society project in 1960  had speculated about silicon-based life, but I was hardly as accomplished as Jack Andraka (who came 53 years later, however, and that matters).  I had tried some experiments in my father’s workshop with an acetylene torch that I recall very little about now. 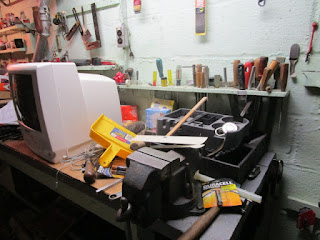 There is also an article about the idea of aliens eating electricity, which has been the subject of horror movies before (“Kronos”). 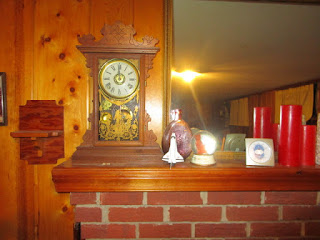 There is mention of the possibility of a Dyson Sphere around Tabby’s Star, as well as other theories, and a nice drawing of what it could look like. 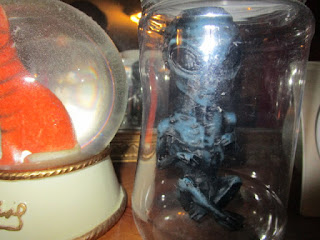 Nanci Danison's "Backwards" series on the afterlife: I read her first book on Kindle 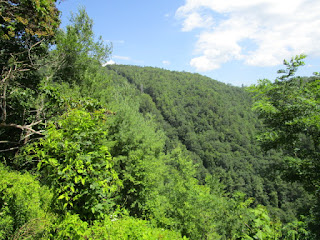 Title: “Backwards: Running to our Source for Answers”

This is the first of a series of several books in a series about the afterlife.  The most recent appears to be “Answers from the Afterlife”.  I will probably order that book later and review it in more detail on Wordpress.

Danison says she experienced an NDE while having a breast examination, from a sudden drop in blood pressure or an allergic reaction.  She describes the experience in the last section of the book.

Danison describes “God” (so to speak) as “Source” which divides itself infinitely into “Light Beings”.  Somehow a Light Being maps to a soul, which seems to be the granularity of individual identity. The soul then maps to a physical person at conception in the womb. It is possible to theorize that the microtubules in the brain cells are connected to the soul.

Her idea of higher connectedness to others does not seem to depend on blood lineage. But some religions (like LDS) do maintain that. Furthermore, other animals (ranging from social insects to possibly dolphins) seem to exhibit distributed consciousness which would seem to require genetic allele transfer of information.  But if a soul can find a prospective infant to join in the womb very shortly after conception, there is a moral argument not only against abortion but even deliberate childlessness.

She does describe going through a “Core” or black void before coming to Light (like Eben Alexander).  But the afterlife is not a “place” in some geography.  It’s not like the First Dominion in Clive Barker’s “Imajica”.
Posted by Bill Boushka at 5:13 PM No comments: 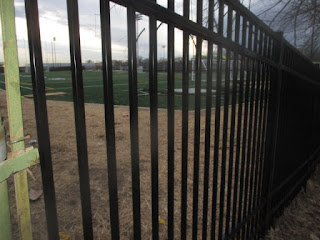 An activist in Washington DC wants to set up a bookstore in an underprivileged area of the SE section, to be called the Charnice Milton Community Bookstore, in honor of a journalist slain by a stray bullet from gun violence in the City, Perry Stein has a story from Friday, July 14, 2017 in the Washington Post Metro Section, here.

The store would be in the basement of We Act Radio. The owner would need to raise $180,000 for the project.

In the voting district of the store, 19% of adults lack the literacy to read a newspaper.

Back in 1972 when I had moved to northern New Jersey, I remember that the candidate from the “People’s Party of New Jersey” opened a “Make Up Your Mind Bookstore” in Madison N.J.
As I drive around rural towns, I see a more small bookstores (along with antiques) than you would expect.

The Facebook page for the new store is here.  I can't find a direct site.
Posted by Bill Boushka at 7:39 PM 1 comment: 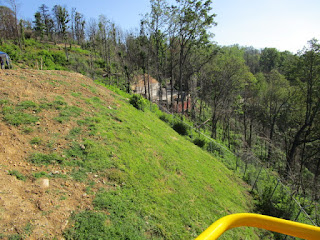 The author thinks that today’s teenagers will see the catastrophic collapse.

One of the biggest dangers is sudden release of methane from permafrost.

In some parts of the world, it will not be possible for humans to survive outside.  Their bodies just can cool fast enough.

There’s also the astonishing statement that the spurt in standard of living in the West really occurred only once, with the industrial revolution.

The author notes that it may be common throughout the Milky Way for civilizations to rise and fall.  They don’t survive long enough to have a good statistical chance of finding one another across light years.   In the video above, Harvard professor David Kipping notes that methane degrades quickly and says that Wallace could be overstating the methane risk.

It may have been possible for Venus to host life more than a billion years ago, before a sudden catastrophe led to runaway greenhouse effects.  Both Venus and Mars may be sites of tragedies and we don’t know it yet.

Nev Schulman ("Catflish") shared this in his Facebook feed tonight.
Update:  May 16, 2020
This turned out to be a preview for a book from Random House by the same name in Feb. 2019, now an audiobook.

Posted by Bill Boushka at 7:46 PM No comments:

Milo's earlier article "An Establishment Conservative's Guide to the Alt-Right" 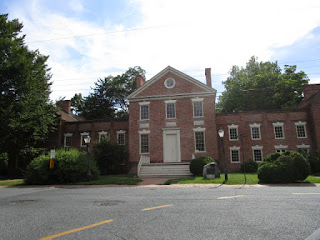 I have started reading “Dangerous” by Milo Yiannopoulos on Kindle ($2.99) since this first self-published printing sold out so quickly.  I note also that the Washington DC Metro refused to carry ads for Milo’s book.  (I don’t have the scale to advertise mine on the Metro).

I have to note already that Milo's definition of "intersectionalism" is interesting.

Milo refers to a preview essay that he and Allum Bohkari wrote on March 29, 2016 on Breitbart, “An Establishment Conservative’s Guide to the Alt-Right”, which I thought I would pass along here.
Milo seems to distinguish modern GOP republicans (who would allow a strip mall to replace a historic building if it made enough money) with “natural conservatives”, who prefer “homogeneity over diversity”, etc.  Living in a large tribe or culture involves sharing common risks.  It’s a lot easier to do what you have to do, even at a personal, intimate level, if you have confidence all your peers have the sane impulse to do it, and that “norms” have some kind of cultural meaning mapped on to virtue.

All of this, however, does not clearly separate out the populist right.

The article refers to a National Review article, March 28, 2016 in National Review by Kevin Williamson, “The Father Fuhrer” – Trump indeed, even well before the GOP convention last year.
Milo says that the alt-right is about western supremacy, not white supremacy.

Posted by Bill Boushka at 9:49 AM No comments:

New museum about writers in Chicago has few books! 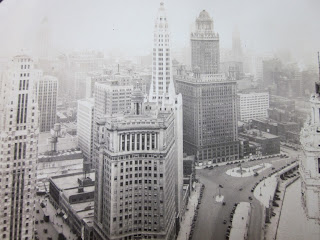 Washington Post has a story by Karen Heller about  new museum in Chicago devoted to writers, but, as she asks, “Where are the books”?

It’s the American Writers Museum.  It is said to be inspired by the Spy Museum in Washington (and maybe the Crime and Punishment museum, which has closed).

You would wonder if there would be a section devoted to e-books, like Kindle.

There is still a cultural battle in the writers’ community, as to whether writers have a moral duty to help independent bookstores stay in business, and to become involved with literacy projects. It may be in “our” self-interest to do so.
Posted by Bill Boushka at 6:57 AM No comments: