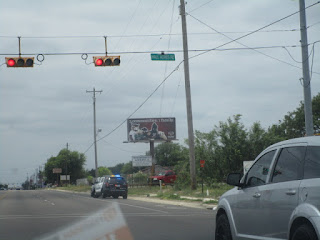 I’m treating this January/February 2019 Atlantic article by Elizabeth Goitein as a “booklet” because I want to introduce the topic, which will surely cause a lot of controversy in the next days or even hours.
That is, “What the President Could Do If He Declares a State of Emergency”.  The subtitle is very scary: “From seizing control of the Internet to declaring martial law, President Trump may legally do all kinds of scary things.”

The situation could come about any time now, with little notice, since Congress seems mysteriously paralyzed on re-opening the government.  First, it’s clear that if enough Republicans (both houses) were willing to override a veto right now for a continuing resolution, the problem for now goes away.
Also, so far, most press coverage has suggested that the only effect of the declaration would be to allow the president to use “unallocated money” within the Defense Department to build his wall. He doesn’t really need to do anything else.

In fact, maybe that would be OK.  I don’t see a harm in building wall in areas where it is apparently needed (and Trump has some credibility with some specific locations).  I don’t understand why the Democrats are so intransigent on this point.

But normally a declaration of a national emergency means war, pandemic, enormous natural catastrophe, maybe even alien invasion. The Atlantic article outlines the other powers that are of great concern.

Could Trump concoct such a movie scenario?  No, my book hasn’t come true (yet).  But if, for example, there was credible evidence of WMD’s (nuclear materials, biohazard, chemical, possibly opioids) being smuggled in some locations a genuine emergency exists. A wall might not be able to stop this (tunneling of drugs has happened). There were various (credible) reports of some violence in a few of the caravans, and that some were organized by agitators wanting to create a spectacle.  That sounds more like a scenario that can justify a shutdown. On the other hand, most of the caravans were reported by insiders as peaceful and populated by the extreme needy.  But it of course it is possible to set up a trojan attack this way.  It’s possible that should a specific WMD plot be discovered that some sort of martial law could happen.  The Trump administration has offered no real evidence that this exists, however.

Most national security pundits are concerned that catastrophe can come from a cover terrorist missile (for EMP) from offshore (NORAD intercept), or overt attack from a state, right now, North Korea.  But, for example, a Russian invasion of the Baltics or Finland (my book, again) could set up a genuine emergency.  My own feeling is that as a whole, the southern border is not our worst threat, as much as I have ties in Texas (from having lived there) who are very concerned about it. Most sources say that such a declaration would be challenged in court; but SCOTUS, with its current makeup, might well say it can't question a president's judgment on how close some of these hypothetical scenarios could be to actually happening. (The fact that DHS, FAA and TSA are compromised could counter Trump's argument, however.) The New York Times (as noted on my "issues blog") did, late Saturday, provide a stronger argument against the idea that Trump could pull this off.
The “obvious” risk is that once Trump declares a (legally credible) emergency to get his Wall, he doesn’t stop with the Wall.  Yes, he has to worry about impeachment.  That’s where the other big dot points in the article matter.

Point 2 is the dreaded “Internet Kill Switch” that sometimes came up during the Obama years. Both Trump and amazingly Hillary Clinton threatened to use it in emergencies in December 2015 pre-campaign speeches.

The article suggests a partial cutback, limiting access to certain websites, or altering results of search engines.  This would certainly result in immediate litigation, as the article admits.  It’s credible that not even Gorsuch or Kavanaugh would allow the alteration of search results for political purposes.
But it would be possible to cut off social media sites altogether, with catastrophic effects on the securities markets. Again, remember the careless rhetoric in Dec. 2015, "shut down those tubes".
Very recently, there has been a lot of attention on social media about payment processor pressure on platforms (like Patreon) to deny supposed alt-right speakers access to be heard.  This is thought to come from pressure from the extreme Left.  But in the past six months or so, as I have discussed a few times in other posts and had a couple big meetings about, there is also a concern over the future of free content, like mine, which is funded by accumulated resources.  There are several “ideological” or political problems with search-engine-driven older content.  They are perceived as non-transparent (who paid for them) and vulnerable for feeding into algorithms for spreading divisions. Speakers (like me) are thought to be diverted from more conventional political participation (voting isn’t enough – they need people to raise money and drive people to polls), leaving it hollowed out (the solidarity argument) and vulnerable to the tribal extremes.   Speakers like me are also diverted from voluntarism or building more “reality-based” interpersonal contact, partly because we don’t like taking orders from other activists as in a legitimate non-profit. Or we may not like “real people,” with all their imperfections and flaws, enough.  This line of thinking can go into a rabbit hole really quickly.

Most of all, free content doesn’t help platforms make money, which has long been a problem with business models.  The problem could even spread to continuing to list self-published books that don't justify their public existence (and latent political influence) by actual book sales.   It influences opinion but doesn’t deliver wealth or “support families”. This gets back to Nicholas Taleb’s “skin in the game” argument.

So I can see a scenario even after an emergency was over, where platforms would not allow political content unless it was self-supporting. That could apply the the platform that supports this post.
The last part of the essay talks about the possibility that individuals could be cut off from financial resources or detained, for certain offenses, like providing any help at all to an undocumented person.  This could be catastrophic for many faith-based communities sheltering them, and certainly brings up the sanctuary city argument. In the LGBTQ community there is a lot of attention to asylum seekers here, who are generally here legally (if they have made their application on time, before overstaying).  But a declaration of an emergency could make it much more dangerous for volunteers to help them or especially personally host them. 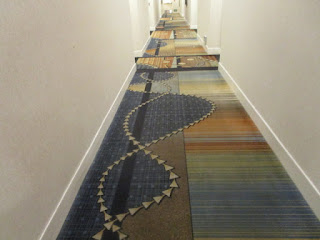 Fareed Zakaria covered this on GPS today with the Atlantic writer and one law professor. The general impression is that Trump's authority to reallocate monies for the Wall as less clear legally than some of the other powers, such as severely restricting the Internet.  The biggest danger is that Trump finds another, more credible emergency to attach this border problem to, and I can certainly think of some of these myself.  This is "Milo"-dangerous stuff indeed, and Congress needs more control of the president than it has. And the GOP Senate needs to step up and become adults in the room, really fast.

Cato Institute published a discussion by Gene Healey of the Atlantic article.  I didn't pick up her speculation on preparation for war with Iran as the pretext.  North Korea is much more dangerous (and we barely missed war late last winter, probably).  A competent authoritarian might have turned off a lot of the Internet by now, as Cato notes.  You listen to vlog videos by "Economic Invincibility" and you realize he could get a Wall built if he were in office with very little trouble.
Posted by Bill Boushka at 2:31 PM