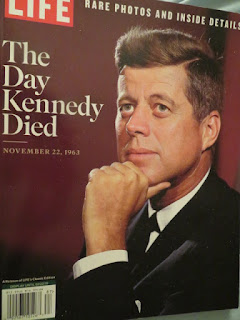 The  coverage of the day of the assassination doesn’t start until page 38, “That Day in Dallas”. The preceding pages cover the Camelot “royal” family and then the events like Bay of Pigs, Berlin Wall (ironic now for the US), and Cuban Missile Crisis.

Kennedy was making the trip to shore up his shaky political base, and Dallas was said to be a “city of hate”.  The Kennedys had stayed in a hotel in Fort Worth and made the very short flight to Love Field.

The book starts its frame-by-frame analysis of the Zapruder film on p 88 with the most critical probablt being 262 and 313. The book does not come to a definitive conclusion as to whether Oswald was the only shooter.

This all happened in a troubling period of my own life.  The Kennedy assassination occurred slightly less than two full years after my own William and Mary expulsion. The Cuban Missile Crisis occurred while I was a “patient” at NIH, about 13 months before the assassination.

I had started my first wage-earning job at the National Bureau of Standards on the old Federal City college on Van Ness St, in the oil viscosity (rheology) lab.  My boss came into the lab at about 1:50 PM EST (one hour ahead of Dallas) and announced the shootings and turned on the radio. Within about 45 minutes we heard that the president was dead, and we were dismissed for the day. The announcement didn’t come until 1:38 CST even though he was pronounced at 1:00 PM CST.

The CBS video above was from the soap “As the World Turns” and the soap as allowed to run for a while after the first announcement. News was slow then. 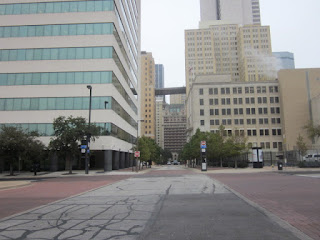 I can recall the classical station WGMS playing the Adagietto of Mahler’s Fifth Symphony, on the old Zenith radio in the basement where I had heard the Washington Senators lose a lot of baseball games (1963 was a particularly bad year, although the MLK March had happened in August).

On Sunday, we were at the First Baptist Church at 16th and O, and leaving and I was riding down 17th St with my father driving, with radio coverage of the transfer of Oswald.  I literally heard the shooting over the car radio.  “He’s been shot”.

The wound to Kennedy’s head from the second shot was particularly gruesome.  There is no way it could or should have been survivable.