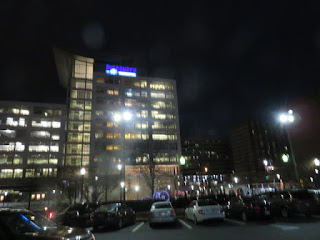 Jason Rezaian writes a combo op-ed and book review in the Washington Post Outlook Sunday, February 24, 2019, “What will the U.S, do to get hostages back?”

The United States does not appear to have a completely predictable policy, and for national security that is probably good.  Trump hasn’t said anything – but of course it was the return of Otto Warmbier from North Korea, effectively kidnapped, that sets the tone (as Trump sits down with Kim Jong Un this week in Hanoi).

In fact, as an aside, Japan and maybe a couple other countries have had to deal with possible kidnappings in their own territory, and China seems to have indulged the practice.

More common, of course, is when a westerner or American, especially a journalist or high-profile business executive, is taken abroad, even in western countries.  There was a case where someone was taken in Italy in 1978 and deafened in captivity by loud music.


Of course, the US government believes that if it negotiates with kidnappers, it encourages more incidents. But otherwise, the victim is essentially sacrificed .

Since I did inherit a big part of an estate at the end of 2010, I have become more sensitive to the idea. I have a statement on a Wordpress blog that I cannot be bargained for, worth linking here.

Private ransom payments have been illegal, but Obama was willing to look the other way (2015 US News story).  A good question for a social media platform or hosting company would be whether it violates an AUP or TOS to do a fundraiser for a private ransom payment.

I’ve reviewed a few films on my sites and blogs on this problem (“Ransom”, with Mel Gibson”) before.