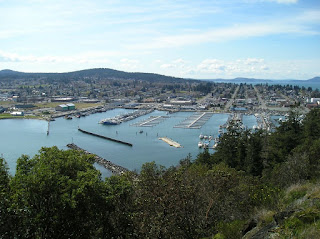 When I have more than one substantial book to read, I sometimes put one of them in the queue and do a preview here before a full review on my Wordpress site. I’ve got a treatise on climate change to do right away, so I’ll do a preview today of Stephanie Land’s “Maid”, from Hachette Books (2019), 2t chapters, 268 pages, hardcover.  The book is easy to find on Amazon and should be at most bookstores now.

The full title is “Maid: Hard Work, Low Pay, and a Mother’s Will to Survive”.  There is a foreword by Barbara Ehrenreich (“Nickel and Dimed: On Not Getting By in America”, 2001; and “Bait and Switch: The (Futile) Pursuit of the American Dream”, 2005.

The author, raised in the state of Washington near the coast, had desired to become a writer, the formal way through a college education and formal employment. But some indiscretion led to a pregnancy, and unsatisfactory marriage and divorce, and raising a daughter on her own, working for near minimum wage without benefits, and depending on various assistance programs, such as food stamps, WIC, and Section 8 housing.  I have to say that even so far, the description of Section 8 is quite disturbing.  You don’t want to lose your own housing independence.


The author would become a writer indeed, and get published by an industry trade company, and not do it herself like I did.  She would get others to pay for her work and not do this for vanity. She paid her dues.

I visited Anacortes in 1996 driving back from Olympic National Park with a rent car to SeaTac.