"Total Invincibility", according to Martin 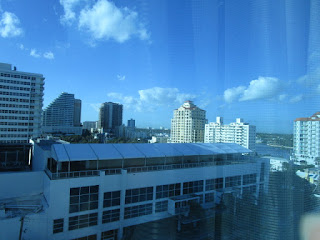 Title: “Total Invincibility: How to Crush Failure and Maximize your Human Potential”

The author, who looks and says he is in his late twenties, as I recall, and I believe lives somewhere in Florida, runs the “Economic Invincibility” YouTube channel.

Today (Saturday morning) was the first time that I saw mention of the publication of the e-book on his channel.  I downloaded ($7.99) it and read it in about two hours.  Better use of my time and money than Netflix.


The matching video today was called “The Cure for Modernity” pretty well explains his moral philosophy.  You could say it is a kind of libertarianism with a heavy emphasis on personal responsibility,  but with awareness on the possibility of suddenly needing interdependence with others.  Charles Murray might be a fair comparison.  He says he is independent and denies any party and criticizes blind tribalism and political partisanship. You get the impression that if he were president he would get things done and put “Trump” to shame (even though he supported Trump, with no orange balloons).  OK, Peter Thiel is old enough to be president – oops, born in Germany. So maybe Thiel should fix the madness in the EU (like Article 13?) Nevertheless, I like the idea that “the young people will win”.  That could be Martin, David Hogg, and now Nick Sandmann, young people of various political persuasions who give you the feeling that they can make things happen. OK, any of a number of young people I can think of would have become “The Apprentice” (including Martin) and would make a real difference.

The book is aimed for young adults, with particular advice toward school (college, grad school, b-school, Ph D, trades) and work and staying out of debt.  He talks a lot about credit cards, savings, 401(k), rents, mortgages, and how credit scores work (without getting into China’s experiment by extending to “social credit scores”).  He also talks about job interviewing and dealing the politics in the workplace, especially the risks of accidental involvement in supposed sexual harassment.

He believes people should be strict with their own self-assessment.  Don’t go to college just because you do well on tests.  Can you do manual labor?  Can you change your own oil?  Can you camp out.  (OK, science fair winner Jack Andraka – “Breakthrough” [March 18, 2015], was an avid camper in high school and kayaker today – and finishing at Stanford – I think EI would approve.)  There is some recommendation of an almost Maoist humility.  My phrase for that was always "pay your bills and pay your dues."

He also advocates minimalism and even talks about living out of a van as a possibly effective lifestyle.  He likes rural communities.

What’s interesting is his views on free speech and social media, and how this relates back to self-assessment and how one regards others. In the past, he has been critical of people's naïve belief in their "rights" on platforms run by private entities, and has said that at some point if you want to he heard with sustainability, you need to play ball with the political system that is there and run for office or support candidates, even if you think some of it is corrupt; only "you" can make it better.

Toward the end, he does insist that critical thinking is important, and the capacity to speak for the self (without going through activist organizations) matters.  Yet he discourages most people from using social media very much, particularly if they get addicted to popularity or followers.  For many people, social media will be a valueless trap where one slip-up or wrong impression will mark one for life – and it is so easy for misleading content (from trolls) to go viral. He mentions his concerns about video channels as a source of income, given the recent scandals (Patreon, which he doesn’t name specifically, payment processor and advertiser queasiness).  Many people will be in positions where they have to be very careful about their personal privacy and the possibility of targeting (or even framing) by hostile others. But he thinks that books, or more permanent items (like real films or peer-reviewed articles) are a better way to engage media.

Martin never mentions the idea of suspect class or oppressed group. His views of personal resilience follow those of Haidt, for example (“The Coddling of the American Mind”), or Taleb (anti-fragility). Sometimes he seems to denigrate people whom he sees as weak, gullible, or incompetent, but other times he talks about the need to help others and cooperate.  He advocates localism and personal fitness, ranging from cooking one's own food from ingredients, to vigorous fitness physical fitness (large numbers of situps, pushups and even pullups, at least for men).  He warns that technological dependence makes us vulnerable and that the Internet or modernity could be taken away by a determined enemy or even natural event with no notice (no direct mention of EMP of extreme solar storms, but that may be what he refers to).

There's just one homonym error in the text, "right" as a verb when "write" is what was intended. But his vocabulary, finding rich metaphors in some little used old English nouns and verbs (like "dollop") is striking. That keeps the writing terse with fewer adjectives and those dreaded adverbs.

He makes a useful reference to Lin Yutang's "The Importance of Living" a real life, because you never know when artifices can be taken away by "Black Swans" (Taleb's concept).  Despite his rather Ayn Rand-like outlook, he does remind us that anything can happen to anyone (car accident, criminal violence, or cancer).

Martin has said he is working on two novels, a fantasy, and a sci-fi scenario (I wonder if it's about who gets to evacuate Earth and start over.)