Again, the Christchurch incident gives the idea of a "manifesto" a bad name 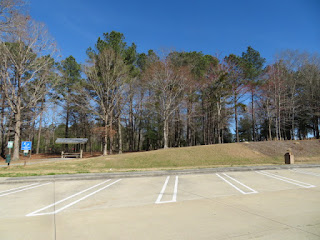 Indeed, I do have a tag “objectionable books” on this blog, and this includes “manifestos” of a few notorious criminals.

OK, the author is apparently Brenton Tarrant, one of three people charged in the Christchurch attack. I read the 74 page screed on Document Cloud;  it now gives a 403-forbidden. (Elliot Rodger’s is still there and accessible.)

The manifesto also refers to a 1500-page screed by Norwegian Anders Behring Breivik,

Given the notoriety, I won’t give the links and determined users can probably find them.  I personally think that users need to know how people like this think, so it should be available in archives. Students need to know what "great replacement" means, even if the idea is repulsive.  Kaczynski’s has long been online.

There are stories Sunday afternoon that the prime Minister Jacinda Ardern of New Zealand had received an email with the manifesto about 10 minutes before the attack but had no idea where it would be.

The important point to note about this document is the way it manipulates the reader into feeling that some fake points and false leads need to be reacted to. The author wavers between ethnic nationalist fascism, and outright communism.

A detailed analysis by Aja Romano on Vox explains the manifesto as a “shitpost”.  Ford Fischer (owner of News2Share) had explained the concept in a Facebook post Friday morning.

But the term "shitposting" usually refers to placing spam-like posts in a forum to disrupt it. Back in 1998, the Libertarian Party of Minnesota used a listserver (a predecessor to today's social networks) that one person kept disrupting with rude comments derogatory of other people. There was also an Independent Gay Forum around 2000, managed from Washington DC by someone associated with GLIL (Gays and Lesbians for Individual Liberty) that experienced these kinds of problems. When applied to one booklet-length post or long essay, it would seem to imply to illogical flow of argument intended to distract the reader or intimidate the reader -- which would seem to fit with the idea of emailing it to authorities to taunt police before committing a crime. But it could also be just an "English 101" composition problem. "Qz" has an article on the practice and says "don't" and even maintains that everyone has to take moral responsibility for the effect of their speech on less savvy or educated users.

One of the most alarming aspects was his naming others (besides Breivik) as “inspiring” him (starting with PewDiePie) although soon it is apparent this becomes a “joke”.  This could be dangerous to an Internet personality without not enough popularity and clout.  It also contributes to the (socially Marxist) notion that speakers are partially responsible when unstable people connect them with their crimes.

The shitpost idea also brings back a persistent problem that was controversial on the internet ten years ago – spam blogs –  their detection (sometimes with false positives) got a lot of attention in the summer of 2008.

According to USA Today, New Zealand has made possession of copies of the manifesto illegal, pretty much the way US law would treat child pornography. Personally, I don't approve of "banning" any political material at all, however objectionable, because others need to know how this person thought.