Atlantic discusses discoveries about multipartite viruses; why they could make fodder for doomsday science fiction (they may be really common on alien worlds) 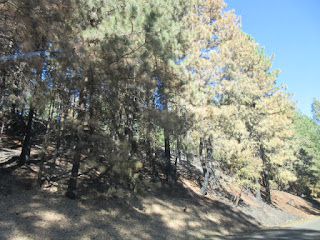 The Atlantic has a new science essay by Ed Yong that looks, at least in science fiction, to have possibly sudden and explosive impact on public health someday in an asymmetric fashion.

The piece is “A New Discovery Upends What We Know AboutViruses” with the subtext “a plant virus distributes its genes into eight separate segments that can all reproduce, even if they infect different cells”.

Generally, plants have the potential to be larger than animals (like California redwood trees) and some fungi even larger still (like a fungus underground in Michigan that has the DNA for the same organism for 37 miles). It has been speculated that on other worlds, it may well happen that single-“paper sheet” organism population species exist (like on Titan), with cells hundreds of miles apart (a little like slime molds).

So it could be useful for a “multipartite” virus to split into parts so it can produce separate infections in separate kinds of cells feet apart.

Since many plants have cell walls, the idea that they can spread more easily than in animals is hard to grasp.

These viruses are rare in animals, although they have been found in some insects – moths and mosquitoes. Already you see where this can head – arthropod transmission to higher animals, maybe mammals and people.  Is it true that “there is always a first time?”  Quantum theory says, well, “yeth”.


A virus that could split into different viruses might be sexually transmitted sometimes, and airborne other times – imagine the apocalyptic nightmare from the 1980s had this been possible with a certain retrovirus.  It didn’t happen. Or it might produce varied kinds of diseases, where eliminating one kind with a drug or even environmental change (as in my novel) allows another to flourish, and we don’t know about it.  In fact, Truman Bradley's "Science Fiction Theater" back in the 1950s predicted that a virus could change a human into a plant.

Multipartite viruses have a very specific meaning in the world of computer malware.

Martin Goldberg (“Economic Invincibility”) recently said in a video that he was working on a sci-fi novel and the idea would be shocking.  Is this his idea?  It’s already in my “Angel’s Brother”.  Maybe he has something credible that is even more shocking.  Bird flu is already trite.