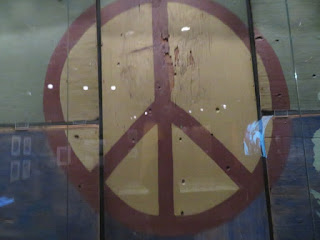 April 2019 issue of The Atlantic offers to important articles.

On p, 44, Graeme Wood asks “Will John Bolton Bring on Armageddon or Stave It Off?”  Bolton brought some fear when McMaster was ousted in March 2018, and became national security adviser on April 9. Bolton was said to have a very hawkish reputation, and wanted to tear up past agreements, as with Iran.

Trump had left the impression that he might do a “bloody nose” attack on North Korea, but after the winter Olympics he rather suddenly softened his position, leading to the summits in Singapore and recently Hanoi.

Bolton, in a recent interview on CNN, said that the “failed” Hanoi talks may not that bad – he still thinks that Trump’s offering an eventually more prosperous economy, at least for the Communist elite in North Korea, would be in Kim Jong Un’s best interest and safest for the U.S.  Trump, a few times in mid 2018, actually said that his buttering up Kim was necessary to prevent possible (nuclear) war now.

Bolton (from Baltimore, a “blue” city) has been described as OK on social issues, like supporting gay marriage.

On p. 64, David Frum (photo work by Oliver Munday and Patrick White), asks “How Much Immigration Is Too Much?”   (Online his subtitle is, “If liberals won’t enforce borders, fascists will”.)  Frum, normally conservative, is quite objective on the various ways immigration policy would affect various subgroups of Americans, and his arguments are quite double-edged.

Generally, increasing legal immigration would help wealthier Americans but could hurt some low-wage Americans.  It’s quite true that lower-wage (and sometimes undocumented) immigrants do the labor-intensive, manual jobs Americans don’t want to do, including housekeeping and particularly caregiving. Increase legal immigration will improve economic growth, even as native born Americans have lower birth rates (which is sometimes an ideological weapon of the alt-right).