"Black Lives Matter": John Fish reviews a number of important books on the topic (that is, on hidden racism) and gives his own personal perspective 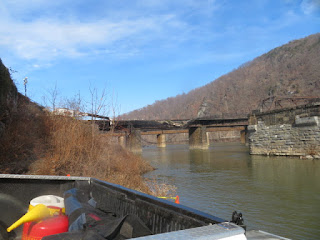 John Fish presented a video today (“Black Lives Matter”) where he described some books on the subject.  He also highlighted one user comment, to the effect that the phrase reestablishes the humanity of black people after it had been systemically stripped away, by long-established and ancestral structural racism.

I wanted to mention a couple of those books here (even if I haven’t read them yet, and a lot of my reading recently has been on free speech issues and more traditional liberty interests).

Robin Diangelo’s book is “White Fragility: Why It Is so Hard for White People to Talk About Racism”, 2018, 192 pages, Beacon, so it is fairly short (which may make it easy for me to read soon, once I finish a book on Section 230!)  There is a foreword by Michael Eric Dyson.

Chapter 1 starts with a section “We don’t see ourselves in racial terms.”  Correct.  I am a white gay male. I don’t see my race as part of an identity, because it was never socially constructed for me.  I am supposed to see my sexual orientation as a source of identity, and that is more complicated. As belonging to a group of people or new tribe that I owe loyalty to, no, I don’t see it that way.  As for a set of values and attitudes toward people that I grew up with, yes, these ideas did shape my adult identity, as my adult life went through various episodes over many decades with one episode linking to the next (and a “new normal”) after some kind of unusual moral irony that later makes sense.  Even this period of Covid (I have not been ill but was probably exposed at one point – and should be tested) fits into this sequence of ironies.  And ability to resist this disease seems genetic and biological (as well as circumstantial – avoiding doing certain service jobs, living in crowded housing) – and will take us back to the same moral quandary.

I really don’t think I see others in racial terms either, except in the special compartment of contemplating, entirely in mind, the idea of an intimate partner. But not in terms of otherwise productive social interaction. I mainly care about whether someone can communicate fluently in the same language (regardless of what they look like, and that would be true of gender, even fluidity, too).  Yet, I must say, with people who grew up in inner cities (or for that matter, rural people who may be on the other side of political extremism) I have no proximity (an idea Bryan Stevenson has talked about) and no communication with.  But this has no connection to “group identity” in my mind.  The idea of tribe is not of much use to me personally. I have to admit, I think I have cognitive empathy, but relatively little emotional empathy with a lot of people.

I looked quickly at the later chapters on Amazon. Yup, the “repair”.  I can say that in the workplace, back in the 1990s, a couple of “black” employees did share with me their concern about hidden discrimination (and mentioned the police issue) and said I could “pass” without attracting attention and they could not. That sounded odd.  One of the men said he thought I lived with my mother (because I was not married). I was shocked at his assumption (I had my own apartment, paid my own rent – but mom, widowed, was still in the nearby Drogheda house. But ten years later, in mom’s last years and after my own retirement, I would be living with her, so his assumption about me, in a time travel sense, wasn’t completely wrong after all. )

Then there would be litigation in the company, from a black person who was fired. I actually gave a deposition. It was dismissed.  But it was apparent (even to the lawyers) that different employees had very different ideas about personal responsibility, family loyalty, and even racial identity which, for white people, was like empty space in the universe. Another idea comes to mind, that a decade before (in Dallas) I had worked for companies that wanted to move further north into the wealthier suburbs with "better" school districts, reinforcing the idea of redlining and de facto segregation (structural racism indeed).

Another book (besides Bryan Stevenson’s “Just Mercy”, which I have already discussed in my blogs) will be Michelle Alexander’s “The New Jim Crow: Mass Incarceration in the Age of Colorblindness”, 2020, the New Press, 352 pages.  An obvious point is going to be, this war on drugs, with libertarians want to end, and which seems so set up to entrap black people, given the way the world still works 150 years after the end of slavery.  Stevenson’s book and movie did examine the self-prepared conclusions about guilt, and lack of presumption of innocence in practice.

Another friend of mine, filmmaker Ford Fischer, will read John Hendrix’s “John Brown: His Fight for Freedom”, from Abrams Books for Young Readers, 2009, 40 pages about Harpers Ferry, to a grade school class (online) soon.  This brings up a curious event that happened when I visited there on my birthday in 2013, and again last December (after a train wreck there, picture above) but I won’t go into that here.

I have to say, I don't "do things" with the idea of solving a problem just for people belonging to a group;  I don't follow intersectionality in my own thinking, and I don't really see people as defined by group identity in a way that is psychologically meaningful.  So there is no way I can, in good faith, set out to practice or publicly promote "anti-racism", as some kind of quid pro quo for my other speech.  I need to warn people about that, the way this issue is playing out.  Is there such a thing as being "non tribal"?  Is that like being an inert element on the Periodic Chart, or a metal that is relatively non-reactive? Is that like living "orthogonal" to other people rather than in their same plane?

There are related posts here Jan 1, 2020 and Feb 7, 2020 (about Booktube).  Some films (besides "Just Mercy") I have reviewed (on Wordpress blogs) that relate to this include "D.C. Noir", "Always in Season" (about Leon Lacey), "Waves", and especially "Queen and Slim" where a police profiling incident in Cleveland leads to catastrophe. If there was ever a time to finish the late Gode Davis's film "American Lynching" (which I have some connection to and which I think PBS more or less controls now), it is now.  Yes, I would help with that.

The Hendrix book about John Brown and Harpers Ferry appears to be very expensive, like a collector's item???

Nathaniel Drew has a short video Sunday morning similar to John Fish's, with recommendations of books and organizations. The link is this: https://www.youtube.com/watch?v=uC_fZHRrrIE

Fareed Zakaria today (on his GPS) also said that one in four blacks experiences incarceration. He also says that the era of slavery (and then much of Reconstruction) deliberately broke up black families, and that past still contributes to broken black families today.

Robin Diangelo appeared on CNN's program Sunday June 7 "Unconscious Bias". Systemic racism occurs when the legal and cultural system reinforces a particular bias, so the bias remains unless it is deliberately and openly challenged. I can remember a Thanksgiving dinner maybe around 2006 where someone made a negative remark about the end of segregation. There was no reaction. Professional workplaces have generally been strict about racial remarks or communications since the late 1990s; people could say things in the 1970s and early 80s that they would get fired for in the 1990s.

Canada does have a not-well-known history of slavery, despite having helped slaves who escaped (as in the movie "Harriet"). Here is a typical article. https://www.cbc.ca/radio/ideas/canada-s-slavery-secret-the-whitewashing-of-200-years-of-enslavement-1.4726313

Matt Taibbi offers a criticism of "White Fragility", which I will read soon. https://taibbi.substack.com/p/on-white-fragility